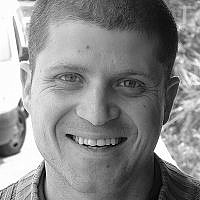 The Blogs
Ofer Zalzberg
Apply for a Blog
Advertisement
Please note that the posts on The Blogs are contributed by third parties. The opinions, facts and any media content in them are presented solely by the authors, and neither The Times of Israel nor its partners assume any responsibility for them. Please contact us in case of abuse. In case of abuse,
Report this post.

The Arab uprisings could turn out to be no less fateful for Israel than for its neighbors. Will it seek new ways of engaging the region or will it continue to pay lip service to a peace process that it shows no interest in pursuing? The former sounds counter-intuitive: the Muslim Brotherhood hardly seems a suitable partner for any Israeli government – let alone a coalition led by a Likud that recent party primaries pushed to the right.

Though political Islamists theologically object to non-Muslim sovereignty over historic Palestine (which they see as holy Islamic patrimony), Egypt, Turkey and Qatar have demonstrated that at present they share Israel’s interest in regional stability and good relations with the West. This triumvirate of pro-U.S. Islamist governments, particularly Cairo, was instrumental in bringing Operation Pillar of Defense to an end on terms that were viewed favorably by many in Jerusalem. While few in Israel believe this bloc could be a strategic ally in building peace, the government increasingly is convinced that it could turn out to be a de facto partner in avoiding war.

The diplomatic posture of the Brotherhood, now that it is confronted by the demands of governing, could wind up being more flexible than anticipated. Some former and current Israeli officials argue that Israel should encourage this, for example by apologizing for killing nine Turks aboard a boat challenging the blockade of Gaza and by facilitating promised Qatari projects in Gaza. Some go further and call for pushing the limits of the Islamists’ theology by accepting Cairo’s desire to amend the military annex of the 1979 Israeli-Egyptian peace treaty, which would require the Brotherhood to endorse the revised text and in doing so, a final status peace agreement with Israel.

But it is unlikely that these gestures will generate significant change without progress on the Palestinian file, in no small part because dealings with Israel will be politically untenable at home for Arab rulers so long as the occupation continues. This is particularly true given the new significance of Arab public opinion in domestic politics.

Netanyahu seems little inclined to move in this direction – probably much to the relief of his neighbors, Islamist and otherwise. The Oslo process has been bilateral, to the chagrin of the prime minister and others on the right who are equally if not more concerned with regional issues including a broader security architecture; Oslo also focused on tangibles such as land, borders and settlements while paying less attention to issues of identity and reconciliation than Netanyahu would have liked – as can be seen in his demand that the PLO recognize Israel as a Jewish state (or the nation-state of the Jewish people).

With the region in flux, the Obama Administration has yet to set its second term agenda, and with the approaches of the past decades looking increasingly dated, Netanyahu could take advantage of the moment to assemble a coalition that would enable him to push his own peace agenda. This development would not be welcome in Arab and Islamist capitals. Not only would they be averse to dealing with its specifics; they also are convinced that Netanyahu, and Israel more generally, is ultimately unwilling to make the concessions necessary for peace. They would be more comfortable with an obstinate prime minister in Jerusalem whom the world treats as an obstacle, rather than one who speaks the language of peace in terms they consider a non-starter.

Nobody in the region seems to have the stomach for the formal concessions that would be necessary for a two-state solution. It is much more likely that Cairo and Jerusalem – like others – will put the Palestinian question on the back burner, not simply in order to tend to their own affairs, but because they see no hope of agreement on an endgame. What there could be, instead, is a modus vivendi in which everyone prioritizes domestic needs: Fighting would be limited and quickly contained; talks would be indirect and focus on tacit arrangements to head off volatility rather than on sustainable formal agreements; and everyone would prioritize long-term strategizing over short-terms tactics. For many today, the long game is the endgame.
—
This article was co-written with Robert Blecher, director of the International Crisis Group’s Arab-Israeli project.

The article is an abridged version of an article that was published in the World Policy Review and with Mitvim.

About the Author
Ofer Zalzberg is Senior Analyst of the International Crisis Group’s Arab-Israeli project.
Comments 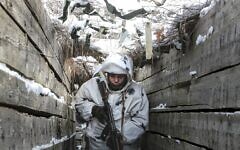