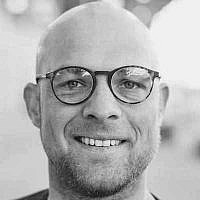 Crypto has been the buzzword of the century since Bitcoin burst onto the scene with its highly advanced blockchain technology. Designed in 2008, the cryptocurrency only started gaining traction in 2013 but the volatility of Bitcoin continued until April 2016, when it was announced by experts that the digital currency has become more stable than gold.

It isn’t just the innovation of a decentralized cryptocurrency but the technology that perpetuated the digital currency. The adoption of blockchain technology can also be seen in various countries and industries, ranging from healthcare to the immovable legal departments. It has helped companies set up secure frameworks and databases which are much more secure than the cloud.

Israel legalized Bitcoin in 2017, but it wasn’t without any restrictions. Following the credibility of the coin, the Israel Tax Authorities issued a statement saying that bitcoin will not be regarded as a currency in the traditional sense, but as a taxable asset. Bitcoin sellers will have to pay capital gains tax of 25% each time a bitcoin is sold and miners are treated as a business and are liable for corporate income tax as well as a 17% VAT charge.

Cryptocurrency being implemented as a money laundering platform

Despite this, cryptocurrency has found its way into more unsavory parts of the world and has been associated with illegal practices such as money laundering, scams, and even terror financing.

Recently, there have been cases whereby individuals were alleged to have taken advantage of cryptocurrency and used it to further their own gains. One such individual was Moshe Hogeg, the owner of Beitar Jerusalem soccer club as well as a celebrated entrepreneur. He has been sued countless times for being part of an investment fraud.

Authorities said the alleged cryptocurrency fraud scheme was extremely sophisticated and much like many scams, was created to part investors from their money by offering investment opportunities. Upon receiving the funds, the suspects would pocket the money and use it for their own benefits.

Digital wallets have also been seized by authorities following the Hamas case whereby overseas donations were received in a bid to raise funds for the Hamas terror group. The seizures of these wallets weren’t just limited to Bitcoin, but also Ethereum and Dogecoin, amongst other cryptocurrencies used by the Hamas group.

Noa Mashiah, the CEO of the Israeli Bitcoin Association, insists that this goes to show how secure cryptocurrencies are as there is a paper trail that is irrefutable.

“Criminals who make use of this financial system will find out the hard way that the open transaction log, the blockchain, will expose them and allow law enforcement agencies to act against them,” says Mashiah. She goes on to explain how cryptocurrency is “a significant improvement over the anti-money laundering ban and also over international bank accounts hidden behind a bank secrecy wall.”

What the new regulatory infrastructure means for cryptocurrency holders

These concerns have Israeli authorities tightening the regulations that surround crypto in order to protect crypto investors and set up order. Schlomit Wegman, an authority director, was quoted saying that the laws will assist in establishing clear standards of cryptocurrency trading.

In a bid to boost legitimate interest in the crypto market, these new sets of regulations will require fintech companies and other crypto service providers to have an official operating license and will be required to submit comprehensive reports that all banks do, which will in turn boost confidence in the market. With the Ethereum 2.0 looming closer, Israel is doing what it can in order to support the market growth.

They are moving to ban criminals from the market by implementing customer identification regulations which will combat illegal money transfers and unsavory behavior as everything will be tied to certain individuals. While they may not clean up the cryptocurrency industry overnight, it is a step in the right direction as it is making it harder for criminals to game the technology to their benefits.

On the other hand, A new incentive by eToro seeks to lift millions out of poverty with cryptocurrency. According to a representative for GoodDollar, “Twenty-five percent of the world population earns less than $2 a day. Half the world’s population lives on $5.50 a day. People in developed economies have a hard time grasping what it is to live off of these amounts.” The representative continued to talk about how cryptocurrency got a “bad rep” in the early days due to its association with cybercrime, hopes that GoodDollar will be able to help people see the good that cryptocurrency can do, as their goal is to distribute $2 to each of its users above the poverty line without help from the government, but the government continues to do what it can by moving new bills to regulate the industry.

Israeli authorities are ramping up their control on illicit activities and are currently working on moving a bill that will require Israelis to declare crypto purchases above $60,000, and all in the name of creating a safe and more secure environment for cryptocurrency to thrive and criminals to dwindle.