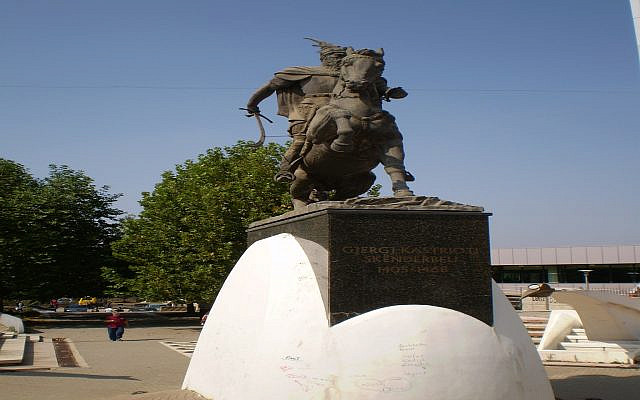 Monday February 1st, 2021 marked the establishment of diplomatic relations between the State of Israel and the Republic of Kosovo. Due to the ongoing COVID-19 pandemic, a virtual signing ceremony was held between Israeli Foreign Minister Gabi Ashkenazi and his Kosovar counterpart Meliza Haradinaj-Stublla.

The event, lacking the fanfare and media presence of the recently signed Abraham Accords, is nevertheless a significant step forward for both countries on the international stage. As part of a deal brokered by the United States normalizing economic relations between Serbia and Kosovo, Israel received recognition by yet another Muslim-majority country (the fifth in the past six months), but perhaps more symbolically important, was that for the first time a Muslim-majority and democratic country explicitly recognized Jerusalem as the capital of the Jewish state, and made a commitment to establish its embassy there. Kosovo, for its part, received Israel’s important recognition which it had been actively seeking since declaring independence in 2008. This marks a significant shift in a long-held Israeli foreign policy (but shared by Spain, Russia, China, and Serbia, among others) to not recognize break-away states and be perceived as rewarding irredentist movements in territorial disputes.

Israel and Kosovo are both democratic countries and reliable US allies, but until now they had little to do with one another. As someone who has traveled to Kosovo twice, I’d like to share some thoughts in order to help inform the Jewish and Israeli public about Kosovo and the Albanian people, with the objective of contributing positively to the development of this new relationship.

Just as the Jewish people of modern Israel claim descent from the ancient Israelites, most modern-day Kosovars and the Albanian people claim descent from the ancient Illyrians, an indigenous people of the Balkan Peninsula and Eastern Mediterranean basin who founded coastal and inland settlements. Throughout their history they were conquered and heavily influenced by the Roman Empire, which introduced Christianity to the region. This was followed by the ‘barbarian invasions’ and the rule of the Byzantine empire from Constantinople (modern-day Istanbul). It was the Slavic peoples (Serbs, Bulgars, Croats, Montenegrins, Macedonians, etc.) who came to dominate the territories to the North and to the East of the Albanians, and the modern Greeks who dominated the territories to the South.  The nomadic Roma people, also known as Gypsies, traversed all territories with little interest in political borders or national frontiers. Jewish communities also found their way at one point or another to nearly all the territories of Southeastern Europe. The decline of Byzantium and Eastern Orthodox Christianity was accelerated by the rise of the Ottoman Turks and their Islamic faith, and it wasn’t long before they were knocking at Europe’s door. For the Serbs and the Albanians, the defining historical moment of this process was the 1389 Battle of Kosovo (see source below), which ended in the military defeat of the Balkan peoples’ and the beginning of the establishment of Ottoman rule in the region. In the fifteenth century, the Ottoman Empire’s superior military might overpowered its remaining opposition throughout the Albanian-speaking territories, including Kosovo, but faced stiff resistance from the Albanian warrior and national hero Gjergj Kastrioti Skanderbeg. In the seventeenth and eighteenth centuries many Albanians converted to Islam due to the privilege it afforded them within the Ottoman Empire. This is why Albania and Kosovo remain Muslim-majority countries in the present day.

I first visited Kosovo in September 2009, arriving overland on a public bus from Serbia, approximately a year and a half following Kosovo’s unilateral declaration of independence. Serbian border control didn’t, or wouldn’t, stamp my passport – I realized that according to them I wasn’t leaving Serbian national territory. Kosovar border control was nowhere to be seen, and I remember feeling strangely in limbo, even unsettled, especially when passing through the Serb enclave of Mitrovica. Tourism wasn’t exactly developed, and I found reasonable accommodation at a ‘hostel’ run by a German professor somewhere in the suburbs of Pristina, the nascent state’s capital. Street vendors sold all sorts of Kosovo-related independence paraphernalia, and the ‘Newborn’ monument stood proudly in front of the Palace of Youth and Sports in Pristina’s city center. I stayed for a week, visiting Pristina and Peja, the country’s fourth largest city. I observed that Kosovo used the Euro as its currency, but was not a member of the European Union. In fact, only 58 countries had recognized Kosovo at the time. I left notably unimpressed, describing Kosovo as “by far the poorest country I have visited.”  Additionally, I found it difficult to navigate the Balkan’s myriad conflicts, writing at the time, “it is nearly impossible for foreigners to understand all of the complex conflicts that grace the region; it is probably difficult for many locals to understand them too.” Sound familiar?  To me, it sounded like the Middle East.

My second visit to Kosovo took place eight years later in September 2017, at the invitation of a friend and former co-worker, P. Now 96 countries recognized an independent Kosovo. I arrived uneventfully by bus from Skopje, Macedonia. This time my passport was stamped and I was granted a 90 day visa. I ate my first meal of Ćevapi, or lamb kebabs, at the central bus station, before taking a taxi to my friend’s house located in the wealthy Pristina neighborhood of Dragodan/Arberia park.

The following day I hiked down the steep ‘Dragodan Steps’ (the first of many times) which led from the residential area to the commercial city center.  On that first day I observed that “Pristina is not a pretty place” and that “the city and its problems seem to be maturing.” That day I passed by a statue of Skenderbeg, walked along Mother Theresa boulevard (born in Skopje, Macedonia, but living most of her life in Calcutta, India, she is likely the world’s most famous Albanian), and took in the memorable statue of Bill Clinton, erected to acknowledge the former US president’s leading role in recognizing the suffering of Kosovars and approving the 78-day NATO bombing of Serbia in 1999 which set the stage for the country’s rehabilitation under a transitional United Nations administration.

I also noticed the many mosques located throughout the city. The following day I took a day-trip to Prizren, Kosovo’s second-largest and most multicultural city, which in addition to its Albanian majority, has significant Bosnian, and Turkish, minorities. I hiked up to the fortress overlooking the city known as the Kalaja, and walked along the banks of the Bistrica river, engaging the locals in pleasant conversation before returning to Pristina.

The next day I went on a free walking tour in the capital which attempted to provide us with the Kosovo-Albanian national narrative. The tour took us by ‘Milošević’s church,’ a Serbian-Orthodox church where a provocative music video had been performed by Albanian singer Era Istrefi to the outrage of many Serbs. Slobodan Milošević had been the president of Yugoslavia during the 1998-1999 Kosovo War, and had tried, in vain, to keep Kosovo part of Serbia at all costs. He had been charged by the United Nation’s International Criminal Tribunal for the Former Yugoslavia (ICTY) with war crimes and put on trial at The Hague where he died of a heart attack while awaiting judgment.  We also visited the ‘Heroinat’ memorial dedicated to the approximately 20,000 Kosovar women raped by Serbian security forces during the Kosovo War. I also returned to the ‘Newborn’ monument, but this time the ‘N’ and the ‘W’ had been vandalized and beside them was written the slogan ‘No Walls,’ apparently in protest at the latest visa liberalization policies of the European Union, which did not include Kosovo. Kosovo is the youngest country in Europe (it is estimated that 65 percent of its population is under the age of 30), but it remains prohibitively difficult for Kosovars to travel within the European Union. Long lines outside of European embassies in Pristina were commonplace, with Kosovars of all ages seeking out legal ways to visit. My final day in Kosovo featured a three-hour hike with my friend P. from Germia park to the Pristina bear sanctuary, located near the Serbian enclave of Gračanica – a fitting way to end my second trip to the young country.

Those interested in learning more about Kosovo should read Kosovo: What Everyone Needs to Know by Tim Judah, a political analyst for The Economist.

Congratulations to Israel and Kosovo on the beginnings of a fruitful and productive relationship!