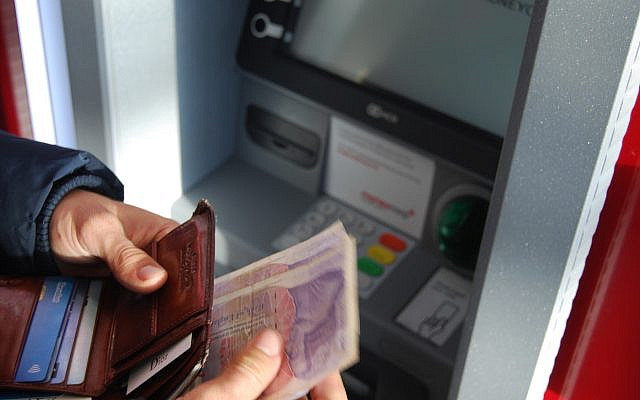 Israel is certainly no stranger to seeing innovative fintech firms flourish domestically. In the case of eToro, the Tel-Aviv headquartered company has grown into one of the world’s favorite online trading platforms. Now, new fintech regulation has been devised in order to welcome even more innovation throughout the startup nation. Coupled with greater levels of funding, the future looks bright for Israeli fintech.

The new regulatory framework, which was announced at the Calcalist fintech conference in late April, will seek to help Israel to catch up following years of inhibitive laws surrounding fintech.

This rule change, which came into effect in June, enables fintech companies to get licenses that allow them to access and work with consumer data that’s held by Israel’s largest traditional banking institutions. This particular law, namely the Financial Information Services Law of 2021, has helped to clarify the obligations of big banks in sharing consumer data with third-party platforms, and places the Israel Securities Authority (ISA) as the regulatory authority in charge of overseeing this sharing of financial information.

The move is expected to be a massive boost for the country’s domestic fintech services. Whilst Israel is a major global player in terms of fintech, these financial innovations haven’t always been available to citizens locally – due to the relatively small markets in relation to the more populated nations of Europe and the US. But it’s expected that Israel’s regulatory change will make the domestic market considerably more attractive to fintech businesses – and significantly more accessible.

Accessing the information surrounding customers, with said customers’ consent, is set to aid fintechs in gathering sufficient data to build more penetrative services, and to generate sufficient levels of competition to a market that’s been heavily dominated by just a handful of major traditional institutions today. To illustrate this notion, Israel’s two largest banks, Leumi and Hapoalim, have a combined market share of almost 60% in total assets and close to 70% in consumer credit.

As the data shows, there’s no shortage of major fintech unicorns that are currently flourishing in Israel today. However, the implementation of more relaxed rules on the sharing of data is likely to pave the way for more stronger open banking solutions that can have the space to grow domestically.

With a financial technology landscape that’s already the target of more investor funding, it’s likely that Israel’s fintech outlook will continue to grow over the course of the decade.

It appears that Israel has already secured a significant flow of fintech funding in the form of a $400 million VC fund from MassMutual Ventures (MMV) that’s been allocated to target early and growth-stage companies in the financial technology, cybersecurity, enterprise SaaS, and digital health sectors across North America and Israel.

The windfall is likely to be a welcome source of growth amid Israel’s bustling cybersecurity sector as well as the nation’s fintech landscape.

“Over the past eight years, we’ve steadily expanded MassMutual Ventures’ team and reach while executing against our proven investment strategy,” said Eric Emmons, MMV Managing Director. “MMV’s established sourcing and partnership platform provides us with a scalable way to back an increasing number of exceptional companies during this current economic climate.”

Elsewhere, an Israeli-Ghanaian joint venture, Fido, completed a $30 million fundraising round in June whereby the company will seek to expand its suite of open banking services throughout more locations in Africa.

The positive movements of Israeli fintechs in securing significant funding to expand their products and services has the potential to benefit customers both domestically and on a global scale.

Furthermore, the relaxed rules imposed by the Israeli government in terms of the sharing of information is set to be a move that encourages faster growth within the sector.

Whilst Israel’s fintech landscape is growing at a healthy rate, other nations that have relaxed legal frameworks for financial technology institutions, like the UK, are growing exponentially in the wake of the post-COVID-19 digital transformation boom.

In fact, the UK’s fintech funding levels recorded a sevenfold increase in 2021, with some 601 deals completed over the course of the year – representing a 27% increase from 2020.

As a result, we can see the effect in the abundance of platforms available to customers online – whereby the nation’s fintech infrastructure has grown to provide comprehensive open banking services and various investment solutions to users.

Although Israel’s market opportunities are fewer at present, the nation’s fresh rules on the regulated sharing of information between major banks and fintech firms represent a watershed moment for an industry that’s ripe for funding and innovation.

With this in mind, it may only be a matter of time before Israel’s bustling fintech sector begins to catch up with Europe’s established market leaders.