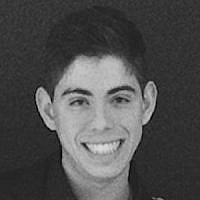 The Blogs
Bryan Schonfeld
Apply for a Blog
Advertisement
Please note that the posts on The Blogs are contributed by third parties. The opinions, facts and any media content in them are presented solely by the authors, and neither The Times of Israel nor its partners assume any responsibility for them. Please contact us in case of abuse. In case of abuse,
Report this post.

Israel’s political coalition has collapsed, not due to negotiations with the Palestinians, or concerns about Iran’s nuclear ambitions, or disputes over economic policy—but because of an identity crisis. The so-called “Jewish state bill” advocated by Prime Minister Netanyahu and approved by his cabinet would diminish the legal status of Arabic, enshrine Jewish law as a basis for legislation, and controversially define Israel’s identity as the “nation-state of the Jewish people.” Opposing Knesset members are concerned that the bill would undermine the strong foundations of Israeli democracy, and diminish protections for religious minorities. Recently fired Justice Minister Tzipi Livni opposes the bill, as do Attorney General Yehuda Weinstein and President Reuven Rivlin. Former Israeli President Shimon Peres has argued that the bill “attempts to subjugate the Declaration of Independence for transient political purposes,” while dismissed Finance Minister Yair Lapid claims that Zionist luminaries like David Ben-Gurion and Menachem Begin would have opposed the law.

Peres, Lapid and company are right to condemn the controversial bill. Recent terror attacks in the capital have brought fears of a third intifada, and the bill would only introduce another provocation into a tense climate of strained Jewish-Arab relations. Israel is already paying a price in the court of international public opinion for failed peace negotiations, the summer Gaza war, and settlement expansion—the perceived discriminatory nature of this act can only further diminish Israel’s battered reputation. Most worryingly, contentious dispute over the bill has diverted precious time and resources away from confronting issues like Iranian nuclear proliferation and economic malaise. Critics of the bill have justly expressed concern over the harm it would do to Israel’s democracy and international reputation.

But even the bill’s opponents fail to mention how damaging it would be to Israel’s Jewish character. The difficulty is not the exact wording of a “Jewish state” bill, or even the notion of using Judaism as a basis for law. The fierce debate over the proposed law indicates a crippling insecurity among Israelis towards their own culture and institutions. Israeli politicians are worried their state isn’t Jewish enough, and they believe this problem can be remedied through legislation.

Nearly a century ago, the Balfour Declaration declared the establishment of a “national home for the Jewish people.” Today, such a home is found in a nation that allows free Jewish immigration, celebrates Jewish religious holidays and proudly commemorates Jewish national history. Israel’s identity can be best expressed through the cultural expressions of its civil society and through the deliberations of its democracy. Israel cannot make itself the “nation-state of the Jewish people” through legislation alone—the “Jewish State” can only be built by the daily actions of Israelis, by Hebrew conversation at Aroma or steadfast prayer at the Western Wall.

Israel’s existing legal structure already provides a framework for a state based on egalitarian ideals and dedicated to the flourishing of Jewish culture. The Declaration of Independence asserts that Israel will “foster the development of the country for the benefit of all its inhabitants” and be “based on freedom, justice and peace as envisaged by the prophets of Israel.” The Basic Laws aptly characterize Israel as a Jewish and democratic state. These principles of democracy and equality are necessary guideposts for the establishment of a civil society flavored by Judaism but unblemished by legalized bigotry against non-Jews. Enacting the new definition of Israel advocated by Prime Minister Netanyahu would undo this liberal formulation in favor of a more exclusionary state, and impede both the Jewish and democratic aspects of Israel.

Adversaries of the bill are justified in their concern that the “Jewish-state” bill might undermine Israel’s protections for minorities and ensure Israel’s status as a pariah state. But the worst effect of such legislation would be precluding Israeli Jews from organically cultivating the culture and character of their state. The Jewish foundation of Israel is laid by annual Yom Hashoah sirens, by flourishing Hebrew theater and literature, and by the only democratic government in the world that represents a Jewish majority. Identity cannot be constructed with an edict. A bill cannot preserve Israel’s unique identity—only Israelis can, and only with a national pride in Jewishness that does not produce condescension or bigotry towards non-Jews. If Israelis feel insecure in their state’s identity, they should not turn to the Knesset or the courts, but rather to themselves.

About the Author
Bryan Schonfeld is a junior at Columbia University majoring in Economics-Political Science. A Huffington Post contributor, he has also published editorials in the Jerusalem Post, the Columbia Current and the Columbia Political Review.
Related Topics
Related Posts
Comments