So, I just downloaded the “Red Alert” app on my iPhone which lets me know when there’s a rocket attack in Israel.

For the last 25 minutes, the phone hasn’t stopped ringing.

Now I’ll be real with you: I know that they have it A LOT harder in Gaza. I get that. But let me tell you something, the rocket attacks on Israel has turned the entire country into a frontline — We are targets. Our children are targets. Our way of life here in Israel is one big target.

So what do we do?

We do our best. We laugh when something’s funny, louder that usual maybe.

We drink whiskey and eat icecream and call our friends and post on Facebook… It’s a way of staying connected when $hit is getting real.

Our phone beeps again with the Red Alert wail, and our heart stalls.

The news hour beeps to life on the radio and our pulse races.

A loved one doesn’t pick up the phone and we imagine the worst.

But… we keep on keeping on, from wherever we are.

From here. From home:

It’s like stumbling into an alternate universe, this morning after over 100 rockets were fired on us:

I heard not one, not two, not three, but FOUR people say “excuse me,” and it isn’t even 11:00. I watched a guy with big gold chains chewing sunflower seeds help an old man on the bus. I saw a woman with lipstick that matched her bubblegum spot a complete stranger 5 Shekels.

O Israel, O Best Beloved, if only we could be like this all the time. 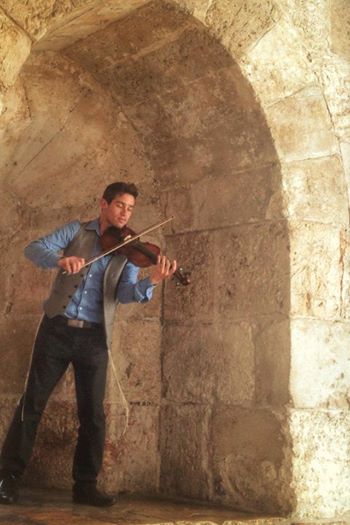 When you don’t have a bomb shelter, you improvise. 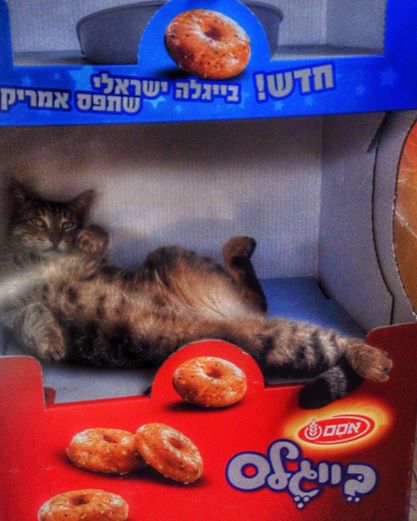 Ramle: Israeli Jews, Israeli Arabs keeping it real together in the shelter as the sirens blare.

That moment when you aren’t sure whether those are 3 stars shining in the new week’s sky, or Iron Dome doing its thing.

Regardless, Shavua Tov, everyone. Let’s try to make it a good week.

“While sirens blared in TLV, my FB friend in Gaza messaged me to ask if I’m alright.

This seed of kindness gives me hope that perhaps one day after the smoke and rubble clears, maybe we will figure out a way to make it work together.

We are cousins, after all.”

Yes, stability shakes, routine breaks, but we get back to business as usual — a little more guarded, sure, but we hug our kids and call our friends and check in with FB.

We search the sky and cheer when we see Iron Dome doing its thing.

We stock up on ice cream (and whiskey.)

We take bomb shelter selfies because no matter what we WILL keep it real — we will keep it NORMAL — in the face of this, because there is no freaking WAY we are going to let Hamas break our spirit.

But then something like this happens: An Israeli teenager is critically hurt by rocket shrapnel.

But I’m not ready to do that yet.

When we scramble for bomb shelters tonight, let’s take a few seconds to think about the families in Gaza who are defying Hamas’ orders to “stay put” and be human shields, and are, instead, following the advice of the IDF and fleeing for their lives.

War is hell for everyone.

There were these nights in Venice, when the fog horns would moan off in the distance, that my mother would tiptoe into my room and wake me up in the middle of the night.

She’d have chamomile tea steeping on the porch, and a candle burning bright, and always, a plate of cookies, or a bar of chocolate, or something “so that your dreams may always be sweet.”

Then we would whisper, because it was a secret that we were outside, in the glow of fog and candle light.

Sometimes she would sing.

And one night, I remember that she sung this song: “Last night, I had the strangest dream, I never dreamed before….”

It was part of our family repertoire, this song: This same song my dad would sing to me on the way to preschool, this same song my grampa would request after Passover dinners when we would sing until the neighbors pounded on the ceiling, the same song that made everyone’s eyes shine.

“Saraleh,” my mother whispered to me that night. “People are holy. And wars destroy people. I hope you will live in a world where people all over the world live in peace.

I hear this song now, and it humbles me to the point of heartbreak.

But not until we see eye to eye on the sanctity of human life.

And yet, despite the overwhelming sadness that has surrounded us over the last month, I will sing this to my kids as they fall asleep.

“I’m going to bed. Put the sirens on vibrate.”

“Sometimes, all you can do is sing Am Yisrael Chai at from the bomb shelter with your kids at the top of your lungs.”

JULY 15, 2014 (After Israel held their fire and Hamas continued to hurdle rockets at us)

“We’re building a scarecrow to scare away the rockets so they don’t fall on us and hurt us while we’re sleeping.” — My kids, ages 6 and 4. 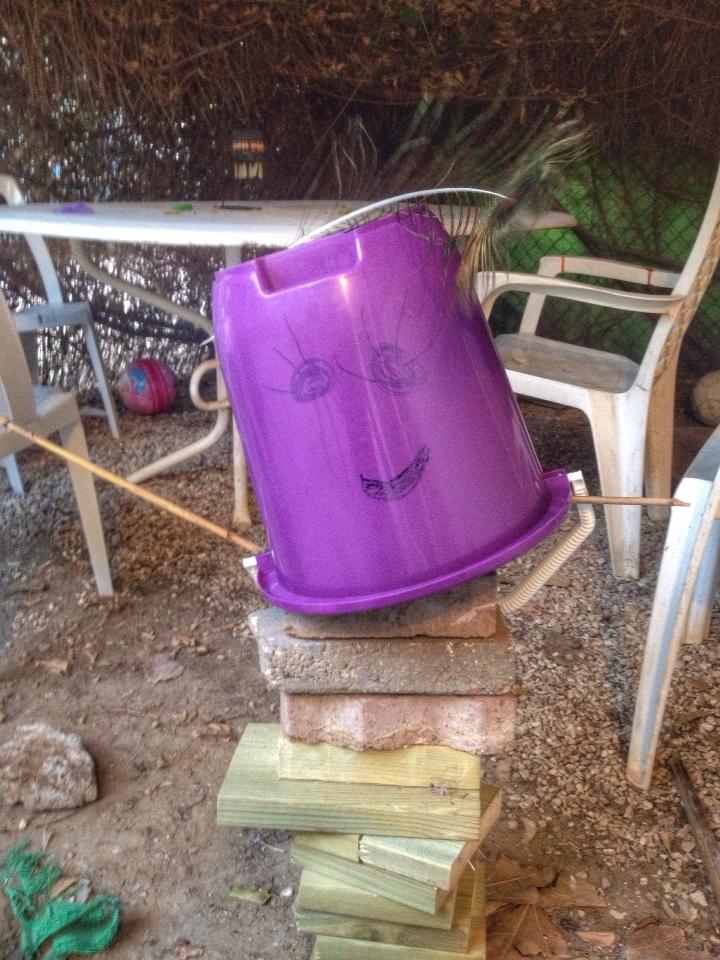 “Come home,” they tell me from LA.

And I know they mean well.

But what they don’t understand is that I AM home.

I may be wandering the alleys of the Old City, or tritzing through Azrieli on high heels, or wading in a Wadi, or near my house and standing by the edge of the fields, the fields that roll straight into the sunset, the fields that stretch deep into the same sky we share with everyone, but I have found that place of wholeness, and it is right here.

And I even bought purple geraniums to plant outside my front door. Right next to my ruby slippers.

Is FB keeping you from falling off the edge? If you want to share your status updates with me, I’ll add them here: sarah@timesofisrael.com