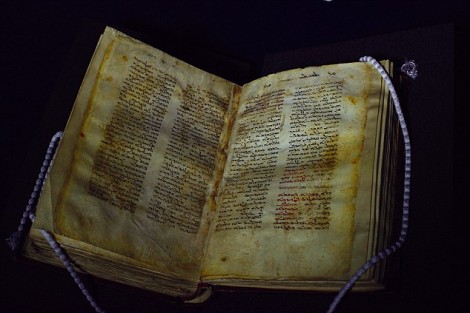 My good friend and colleague Barrie Willson and I have been working for six years on a book. Today, that book is the subject of a front-page story in the Daily Mail.

Barrie is one of the world’s preeminent New Testament scholars. Our book is called The Lost Gospel: Decoding the Ancient Text that Reveals Jesus’ Marriage to Mary the Magdalene. It’s published by Pegasus (in the UK through Norton and in Canada by Harper Collins). It tells the story of the meeting between Jesus and Mary Magdalene. It describes their marriage and the meaning of their relationship for their original followers. Not only that, it tells the previously unknown story of the politics behind the crucifixion. The official launch takes place at a press conference on Wednesday November 12th at the British Library in London.

In the meantime, even before the press conference, the international press has started a buzz. Besides the Daily Mail and the Sunday Times, articles have so far appeared in Czech, Arabic, Croatian, Turkish and Polish.

I’m not allowed to reveal too much before Wednesday, but what we’re talking about is a 1,450-year-old manuscript written in Syriac (Christian Aramaic) that’s been in the British Museum and later in the British Library since November 11th, 1847 (our press conference, coincidentally, is on November 12th). Basically, as we argue in our new book, Barrie and I believe that this is a lost Gospel that tells a story that pre-dates the four Gospels of the Christian cannon. It’s a Gospel before the Gospels. 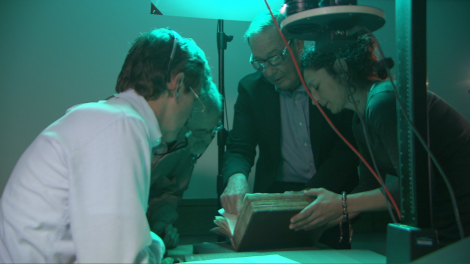 The man who sold this manuscript to the British Museum in 1847 was Auguste Pacho, native of Alexandria, Egypt. He got the ancient text from the Macarios monastery in Egypt. Incredibly, there are two cover letters still appended to the manuscript. They date to the same time as the text itself. One of the almost 1500-year-old letters was written by a man who translated the Syriac manuscript from an even older Greek version. In other words, the manuscript in the Rare Book section of the British Library is as old as any Gospel, and it may be a copy of a copy of a first-century document. Meaning, it may have been penned by one of the original followers of Jesus.

We provide the first ever translation into English of this Syriac manuscript. The translation was made by one of the top Syriac scholars in the world, Professor Tony Burke of York University, Toronto. Not only that, Professor Burke translated – also for the first time – the two letters that accompany the manuscript. Our book consists of the Lost Gospel in translation, our commentary and the decoding of the text. Not only is the text a revelation in itself but, taken together with the canonical Gospels, other historical texts and the latest in archaeology, The Lost Gospel acts as a key to understanding previously incomprehensible aspects of the life and crucifixion of Jesus. For example, in our manuscript, Mary Magdalene is the main star – not Jesus. In this Gospel, she is called “The Mother of Virgins” and “Our Lady”. Can it be that these titles – today associated with the Virgin Mary – originally belonged to the wife, not the mother?

Before the book has even come out, some have gone on the offensive. For example, one Oxford University professor has already decided that it’s nonsense. It took us six years to write this book. It’s taken him only a few seconds to dismiss it – without so much as seeing the cover. He must have telepathic powers. No wonder he teaches at Oxford. The Church of England has also dismissed the text even before knowing what text we’re talking about. Theological agenda? I think so.

In any event, now it begins.