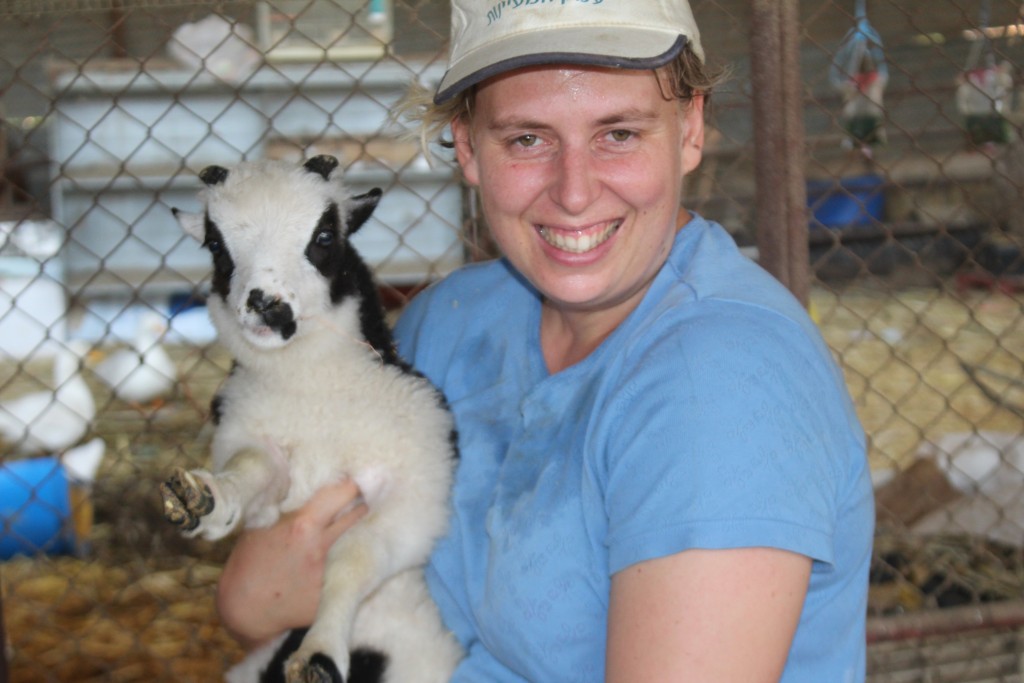 Meet Shahar, one of Israel’s newest lamb citizens. At one month old he is extraordinarily playful, loves to eat his grain and has recently started eating hay. He follows his shepherdess and adopted mother around, Jenna, who celebrates him as a miracle amidst tragedy.

In late June-July 2017, the Jacob Sheep contracted BlueTongue virus, a disease that is spread mainly by mosquitoes’. Half the flock perished from the disease. The sight of seeing dozens of sheep die has personally impacted the people around. The government, despite diagnosing the disease and several visits by Veterinary Services has largely stayed silent. One official promised compensation, saying that Israel will honor its obligation under international procedure to compensate farmers. However, the offer was never followed up. Last, the government acts as if there was no compensation offered.

The barn’s atmosphere appears less . Many faces are simply not there anymore. However, among the sabra lamb population, a new life springs forth. Many of them drink their milk off a “Maineket”, a milk machine borrowed from a fellow farmer. Later they eat pallets of grain in a separated area of the barn exclusively for them. Unlike the older sheep, they are harder to herd, with the sight of grain being a notable exception.

In what is touted as truly a global effort, many of the Jacob Lambs were named in a campaign called “Name a Jacob Lamb” that saw individuals from North America and China pick largely biblical names for Israel’s newest residence. In one corner lies Chesed, who recently was on a Breaking Israel News article front cover. She has a smile that radiates kindness and is very lady like in characteristic and likes to skip and dance bringing joy to all that see her. Then there is Yehudit who acts like the barn’s new boss. She is extremely Israeli and likes to be in your face when she demands her grain. Shoshanna is very petite but should not be mistaken for dynamite comes in small packages. Then there is Zion, a rare lilac colored ram lamb, who waits every single day for his grain. When the grain comes he is among the first ones at the bowl and refuses to share. “The Grain is Mine” he seems to be saying to the rest. 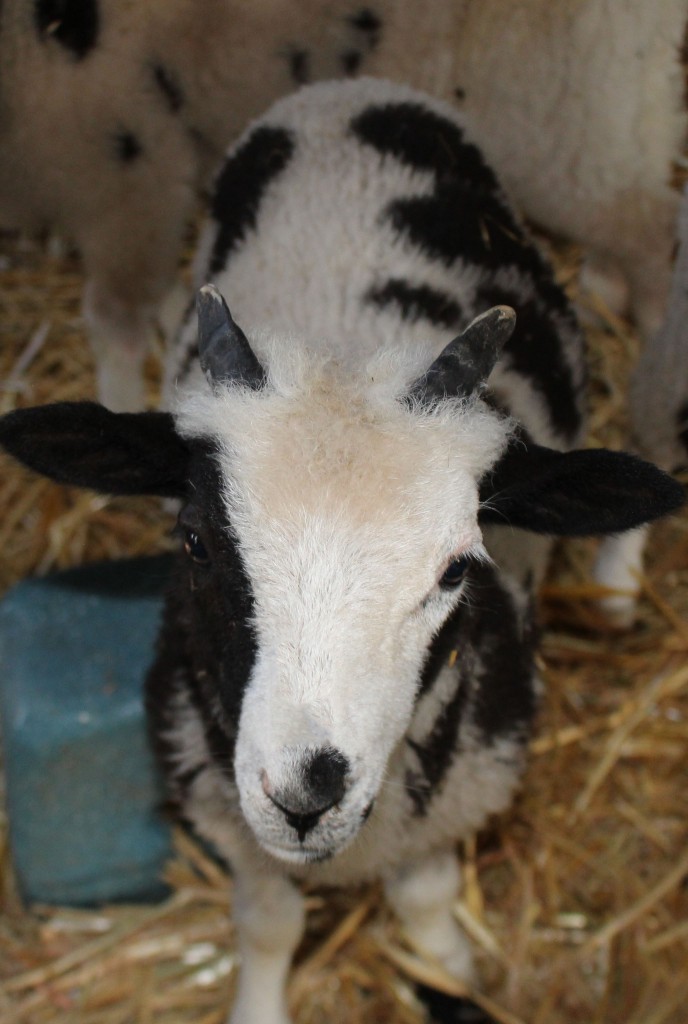 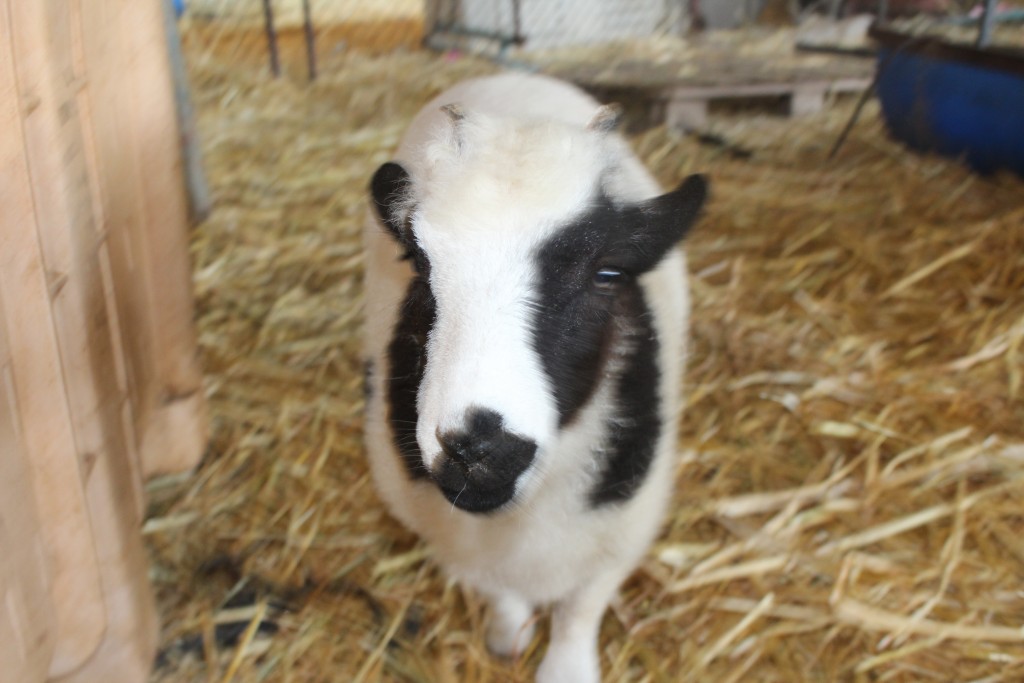 Despite efforts by Agricultural Ministry officials to move the flock a fourth time as mentioned in the previous blog entry, and despite the disease that has afflicted the adult sheep, the lambs very much enjoy their new home. They are everywhere, like young little explorers, trying to see where the best spots could be to find hidden treasure.

The Jacob Sheep lambs have a global appeal and is a story followed by millions around the world. It is a project that unites Jews and Christians, religious and secular, most with one thing in common: a love for the State of Israel. For this reason, Israel’s newest sheep citizens need to be treated with dignity by the Israeli Government and a spirit of neglect will look negatively on a government that is supposed to care about its own heritage and culture.

The lambs are Israel’s future, and remarkably their near complete survival brings hope for a future for the Jacob Sheep flock. As they dance around, they are surrounded by survivors now mostly recovered from the outbreak. Their future can be bright but it will depend on the Israeli Government. 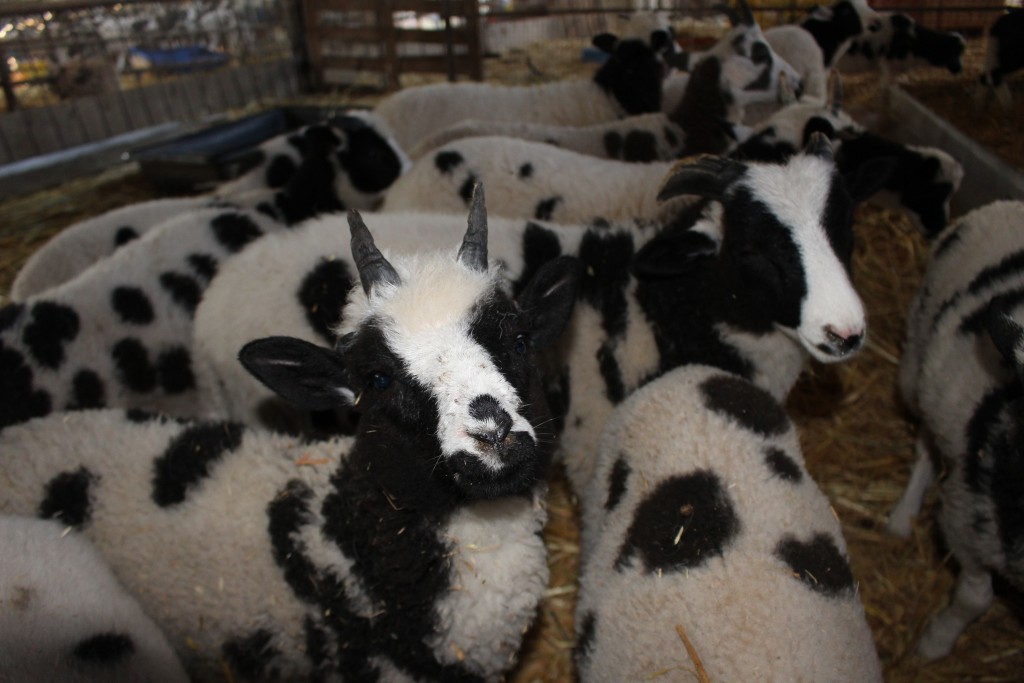 Waiting for the Israeli Government to hear our voice
About the Author
Born in Israel but raised in Canada, Gil Lewinsky worked as a journalist in Jewish newspapers including the Jerusalem Post after completing a Masters degree at the Munk School of Global Affairs from the University of Toronto. He also has a LLM in International Law from Lancaster University in the UK. His past topics include a book written about the Status of Gaza under International Law soon after its conquest by Hamas in 2007. He is perhaps best known as one of two people that brought a flock of Jacob Sheep from Canada to Israel in 2016, making history. He currently works as a teacher and public relations professional in Israel.
Related Topics
Related Posts
Comments