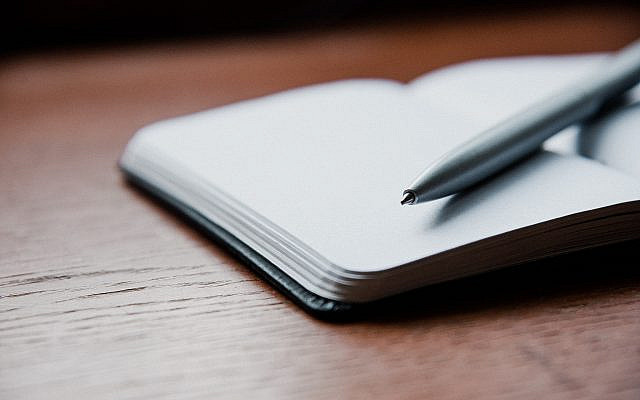 Diary (Photo by Zoran Borojevic on Unsplash via Jewish News)

The latest meshugass, which is supposed to arouse your indignation, is Lady Sasha Swire’s book “Diary of an MP’s wife”. In it she is said to refer to an investigation by a government body into “the Jewish lobby infiltrating parliament” and, as a result, we are supposed to be outraged.

Lady Swire was probably simply misinformed, but let’s get a whole lot of things straight. First of all, Lady Swire will be hard put to it to have written a better book on the subject of what goes on behind the scenes in parliament than the Duff Cooper Diaries or the Chips Channon diaries.

Both give an absolutely fascinating account of the way the Upper Class lobby ran the country between the wars, and they were both on good terms with far more important people than Lady Swire. For example, Edward VIII’s abdication is covered in great detail from conversations with the monarch and the royal family.

Going back a bit, to gossip about the early days of Queen Victoria, you should read Charles Greville’s diaries; equally fascinating. And, of course the Stuart master was Samuel Pepys. Each one tells you what shenanigans the public at the time knew little about.

The fact is you will never eliminate groups of friends with the same political outlook, working together to achieve their objectives. It was Willie Whitelaw, Margaret Thatcher’s right hand, who looked at Leon Brittan Keith Joseph, Nigel Lawson, Malcolm Rifkind, and David Young – five Jews in the Cabinet – and remarked that there were sitting round the table more Old Estonians than Old Etonians.

The Old Etonians are, however, by far the most successful lobby and Boris Johnson is the 20th Old Etonian prime minister. There have only been 55 in all, so Harrow and Winchester had better buck up. I think Lady Swire might agree that this is a pretty impressive infiltration by the Old Etonians. I wonder if the parliamentary committee is going to look into that.

A myriad of organisations want their objectives to be the law of the land. That’s why there are political lobbying companies, representing everything from FTSE 100 companies to major charities. The Carers (Equal Opportunities) Act 2004 was just one piece of legislation. which was made as a direct result of a number of charities lobbying, presumably by infiltrating parliament in the same way.

Jewish members of parliament have been responsible, among other things, for leading the lobbying to abolish capital punishment, provide wheelchairs free for the disabled and compensation for miners with pneumoconiosis as a result of working in the pits. These measures were also, presumably, the result of Jews infiltrating parliament, though, admittedly, they were elected MPs.

We need to ask ourselves what is infiltration? Forward the Oxford English Dictionary and we find it is  “to gain entrance surreptitiously”. Is it suggested that the Old Etonians have provided 20 Prime Ministers by surreptitious means?

It seems to me that the accusation could be a good way of throwing mud at people you don’t like, but as long as it’s a free country, the law is that you can lobby for all you’re worth. What you can’t do is turn up in the Central Lobby of the House of Commons with your manifesto emblazoned on your T shirt. That is illegal.

If you are sufficiently outspoken, though, you can get a lot of publicity. That was the problem with Sir Oswald Mosley and the Fascists before the war, but the prime minister at the time, Stanley Baldwin, knew exactly how to kill Mosley’s  lobby. He agreed with Lord Reith, the Director General of the BBC at the time, that Mosley would never be allowed on the radio again – and he wasn’t. Social media may now need to be restrained.

Our lobbying organisation is in no way surreptitious. It made its first representation to the Crown in 1760 and it’s called the Board of Deputies of British Jews. It is composed of elected members and the whole organisation is totally democratic. Indeed, it changed from being anti-Zionist to pro-Zionist as a result of elections during the Second World War. If the government wants to know what we think, they know the BoD is the body to ask.