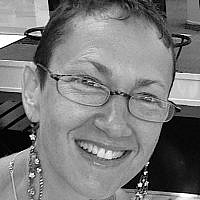 It is a wonderful life and a lesson learned that we are all a part of that if we choose properly.

Every year my husband and I wait for the 1946 movie starring James Stewart to appear on television around December and the holiday season/New Year time.

I have a hunch that we are in the company of many many viewers that tune in annually also. Why do we enjoy it over and over again?

The lessons we have learned and crave to be reminded of every year are obviously timeless.

This movie is a reminder that the complaint department should be closed.

We learn from the movie that we all matter very much. We matter because of the lives we have touched. We have all made a difference to many people and most of the time are unaware of the significant and good impact we have had. We are all always contributing to the world. Chances are if you are reading this piece you aren’t done making an impact on someone.

In the movie James Stewart is George Bailey, the role of a truly sensitive, generous, dedicated and devoted man to everyone in his life. He becomes discouraged because his uncle lost a lot of their money and being in the building and loan business their competition was waiting for a problem like that to destroy them. As if that wasn’t enough he would also make sure that George would feel unworthy and unsuccessful and needy for the rest of his life if he had agreed to work for Mr. Potter. Mr. Potter who is a greedy, mean spirited, bad human being has the power at that point. Typical of people with money, how they feel they are powerful people because of their money and Mr. Potter was eager to swallow up George and see his family business disappear.

Fortunately George learned a lesson from an angel that was assigned to him from above. I think many of us need to have angels assigned to us every so often when our thoughts and our priorities are just plain confused and distorted. George learns from his angel called Clarence just how important he is to his family and that he is loved by the them and his friends. He teaches him a lesson to recognize the difference he has made because he was born into the world. If it wasn’t for George his brother Harry would have drowned in childhood. If it wasn’t for George the town pharmacist would have become the town drunk and known for poisoning people accidentally with medications. His father would have died leaving his mother bitter. If it wasn’t for George his wife Mary would not have become his wife-she would have been known as an “old maid.” Working in the library would be her greatest achievement rather than being the most delightful wife and mother that she portrays in the movie. He also kept his community together and was the man that gave them loans in order to achieve their “American Dream,” which is no different than anyone’s dream anywhere.

Can you imagine the difference one person can make in the world by being born? We need to evaluate how lucky we are for being born and for making a difference to other peoples’ lives. If we recognize that we are not making enough of a difference begin to weed out the greedy and mean spirited people that may be around you. Take responsibility to not be sucked into that kind of world that Bedford Falls could have turned into if it wasn’t for the good souls like George Bailey. He thankfully caught on and discovered the truth about himself which was actually how much love he spread and how much he was loved.

I leave you with one last line that I find appropriate for this story:

About the Author
Allyson Altit is from New York. She has worked in the travel industry for over 28 years as a leisure specialist. Her area of expertise is in European destinations and Israel. She has been involved with charity work for the Hadassah organization as well. In 2009 she graduated from Queens College majoring in Jewish studies. She has just completed writing her first novel...
Comments