The Blogs
Daniel M. Cohen
Apply for a Blog
Please note that the posts on The Blogs are contributed by third parties. The opinions, facts and any media content in them are presented solely by the authors, and neither The Times of Israel nor its partners assume any responsibility for them. Please contact us in case of abuse. In case of abuse,
Report this post.

A few weeks ago my father-in-law was having a conversation with a member of our extended family. He mentioned that I was headed to Israel on a Rabbinic Mission sponsored by AIPAC’s educational foundation. The family members eyes opened wide and he immediately replied, “AIPAC – they are the problem.” My father in law, a bit taken aback, asked the family member what he knew of AIPAC’s position and approach. The reply came quickly, he actually didn’t know exactly what AIPAC was all about. My father in law told him that if ever he was actually interested in finding out more I would always be happy to speak with him.

I have been active with AIPAC for a number of years and have a deep appreciation for the organization’s mandate. First and foremost AIPAC is committed to the US-Israel relationship and the strengthening of that bond. It is as simple as that. AIPAC’s platform is far more rich than that and includes lobbying on behalf of a nuclear-free Iran and supporting a two-state solution but, at its cornerstone is the relationship between the US and Israel. 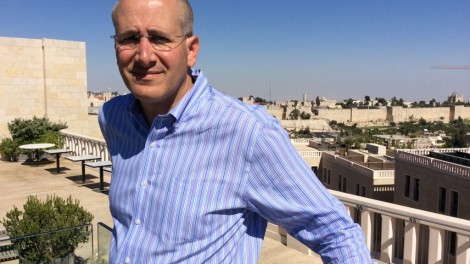 I just came back from that one-week Rabbinic Mission. The depth and breadth of our meetings is a powerful indication of the truth behind the laser-focused mission upon which the organization stands. One example- When we were at the Knesset we met with four different members of the Israeli parliament. One meeting was with one of the most liberal and progressive members of the Knesset. It was immediately followed by a meeting with someone who is at the extreme right. At no time did the organization’s representatives traveling with us advocate for any specific position. Instead, they were simply committed to exposing us to the entire range of political discourse taking place so that we might choose, and advocate for, that which speaks to us as individual Jews and as Rabbis.

In a single day we had meals with Rabbi Danny Gordis and Rabbi Donniel Hartman. Both are deep thinkers who addressed the many challenges faced by Zionism from different perspectives. And while there is overlap in their approach there is a great deal about which they disagree. Each made us think. Each challenged our assumptions. Each brought us closer to one another, to our Judaism and to Israel. 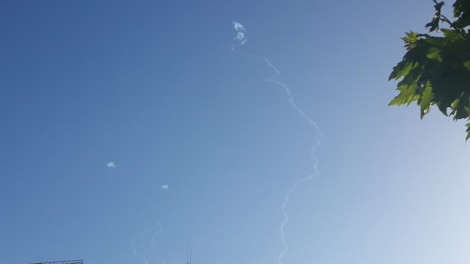 With Gratitude to the Ingenuity and Support That Created Iron Dome

Our week in Israel allowed us to see the importance of security. Twice the Iron Dome system intercepted rockets headed in our direction. Those in Tel Aviv repeatedly had that experience over just an hour or two each and every day we were there. The Iron Dome system was invented by Israeli ingenuity but largely funded by the US Congress. It was AIPAC’s commitment to the relationship between United States and Israel that, in part, allowed our leaders in Washington to better understand the importance of the State of Israel and how its security benefits the US. 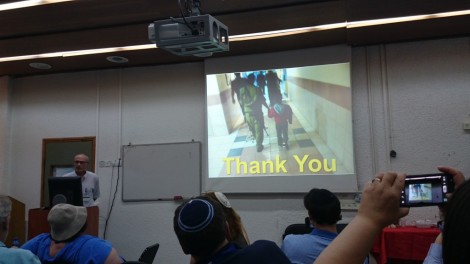 Our trip was not, however, only about security. We met with members of the Israeli LGBT community and gained an understanding of the true depth of equality that exists within Israeli society. No, Israel is far from perfect but it’s progressive nature far exceeds that found in almost every other country. We met with representatives of an organization in which wounded Israeli combat soldiers help other wounded Israeli combat soldiers. We saw their love of the Jewish state but we also saw the tenderness in the care that one Jewish warrior is able to bring to another. We met with a former Israeli soldier who is head of an organization that keeps watch at border crossings in order to make sure that those Palestinians crossing into the state of Israel proper will be treated with the appropriate respect. We met with a Palestinian scholar who helped us better understand the current social trends with in the Palestinian communities in the West Bank and Gaza. We met with the head of Peace Now and heard about his philosophy and why his approach is, to his mind, more important now than ever before. We stopped in Haifa and spent time at Beit Hagafen of the Arab-Jewish coexistence center in order to understand the way in which-is a model for coexistence between Israeli Jews and Arabs. And we went to Ziv Hospital where we heard from one of the doctors who is been on the front lines treating those injured during the Syrian Civil War. We met a three-year-old Syrian child who had been brought into Israel by his father in the hopes of saving his leg after he was shot by a Syrian sniper. (The operation was successful and the boy is continuing to recover.) His father told us that he had always been taught that the Israelis are the devil incarnate but that he has begun reassessing that perspective in light of his own personal experience.

I came away from the experience even more powerfully connected to the Jewish State than before. I came away from the experience understanding the complexity of the situation. I came away from the experience grateful that the relationship between United States and Israel allowed for the creation of Iron Dome for I was now a direct beneficiary of that technology and its ability to help protect the Jewish State. Were it not for Iron Dome the injuries and fatalities among Israelis would be tremendous. Moreover, what far too few seem to understand is that, were it not for Iron Dome, the casualties among Gazans would likely be exponentially higher. Yes, were Iron Dome not able to intercept many of the missiles Hamas has been firing into Israel the air attacks would be far greater in number and a ground invasion would likely have occurred on day one of this conflict. Instead of all out war from day one Iron Dome has given the Israeli government the ability to be as remarkably restrained as they have been. That is why it is only now, after a week after the continuous rocket fire began, that Israel has begun the ground offensive.

And I came away with a clear understanding than ever before that when it comes to the American Jewish community and how we can get involved, to paraphrase James Carville, “its the relationship…”

It’s the relationship between the American Jewish community and Israel that continues to help highlight the importance of Israel as a strategic partner to America.

It’s the relationship between the American Jewish community and Israel that helps to maintain an understanding of why Israel, the only democracy in the middle east, matters.

It’s the relationship between the American Jewish community and Israel that helps ensure a future for the Jewish people weather here in the US were living in our historical homeland and currently enduring continuing rocket fire.

And I came away understanding that the mandate of AIPAC is, first and foremost, to build and maintain that relationship. Despite being pro-Israel and pro-peace they would never lay claim to being “THE address” for pro-Israel, pro-peace Americans. As the AIPAC representatives traveling with us pointed out time and again, they are committed to the relationship and do not try to dictate how people act upon that commitment. But for me, having just spent a week in a country that is targeted by the hatred of Hamas and vilified by those who believe their anti-Semitism is justified because of the plight of the Palestinian people, the starting point for involvement in pro-Israel activism has to be AIPAC because, more than any other organization, they understand that… it’s all about the relationship.