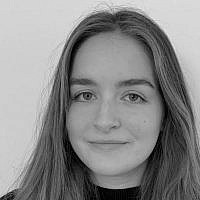 ‘They were only children’ read a recent headline printed by the New York Times, a newspaper that is already famous for its antisemitic prints, tropes and treatment of employees. The headline, the article and the pictures all included false facts and outright lies. Although apologies were issued the following days, with many more expected, and despite the number of claimed deaths slowly dropping from its original 69, the damage had been done. As though the world, and specifically the United States, hasn’t suffered enough increasing antisemitism — this article certainly hasn’t helped. I have decided to take one for the team and list all the lies printed on the original article (discovered thus far, that is).

Although definitely a child, 17-year-old Khaled al-Qanou was also a terrorist. Last time I checked, recruiting children to fight is against international laws. In fact, being a terrorist altogether is against international law, yet somehow the UN doesn’t bring that up as often as they request to travel to Israel and investigate its defensive military for potential war crimes. If you are so desperate for a vacation to the holy land (can’t blame you), try booking it on your private bank account.

It didn’t take long for people to notice that one of the children printed in the article, was the same girl killed in 2017 Syria. A classic tactic, and a great method to get extra social media content, antizionist propaganda often uses fake pictures, reused from other wars, in countries where words like ‘ethnic cleansing’, ‘apartheid’ and ‘oppression’ actually means something. It is completely disrespectful, irreverent and heart-breaking that these children who have suffered are then being used to spread antisemitic lies.

The article mentioned the word ‘Israel’ 39 times, and Hamas only 6. Although I find far greater pleasure in reading about Israel than a terrorist organisation, I would rather you didn’t associate a democratic state with the murder of tens of children, especially when they were not to blame for the unfortunate death of all these children. Despite the many open fields in Gaza, Hamas decides to use populated areas to fire their rockets at civilians, which leaves Israel with the challenge of targeting these military sites while reducing civilian casualties. A task they do rather skilfully.

That is what the article should have read. Because other than just generally sucking, Hamas also can’t aim. Approximately a third of all rockets thrown into Israel actually fall within Gaza, and the NY Times knows this, because somewhere within the small print of the article, they mentioned that several of the Palestinian children were killed by Hamas’ own rockets. When their rockets do go the distance, they sometimes land in Israeli-Arab and Palestinian homes, and two of the children listed in the article were sadly murdered in that exact way. “We can only hope that one day Hamas will be brought to account for the damage it has inflicted upon the people it claims to represent.[2]” Using children’s deaths to push an agenda makes you no better than Hamas itself, NYT.

Where are they getting their information, you may ask? It’s clearly not the most reliable source of information. DCI-Palestine, founded in 1991, aims to promote and protect the rights of Palestinian children, and were happy enough to provide this mostly false information to the newspaper company. The NGO has numerous individuals with ties to the Popular Front for the Liberation of Palestine (PFLP), a terrorist organization (designated as such by the US, EU, Canada, and Israel), some of whom are appointed as their board members[3]. Palestinian children deserve better than terrorists being responsible for their rights, and terrorist organisation setting up shop in their schools and hospitals.

Jews cannot afford to sit back and wait for the NY Times to slowly issue apologies and post corrections to their front-page article, as antisemitism increases by hundreds of percent at a scary rate. This is a perfect example of how propaganda, emotional imagery and fake news can cause hate against the already-most-prejudiced-against groups of people.

Meanwhile, the newspaper earns an average of 400 million U.S. dollars selling advertising space per year, and I can only imagine more articles = more ads = more money. Are they profiting off posting lies and then several follow up articles were they correct their dangerous misinformation?

Well, hey, New York Times, rather than paying your editors to keep updating the original article, and your journalists to keep writing out apologies and retractions, just do your research. Also, don’t hate Jews. Thanks.

About the Author
Raquel made Aliyah five years ago, and enough time has passed to realise that probably doesn't qualify as a personality trait. Mediocrely funny, relatively Sephardi and constantly hungry.
Related Topics
Related Posts
Comments