The tiny Jewish State has one of the top disaster relief teams in the world.”

The challenge of Tikkun Olam is our own responsibility for others and for our world. Our Jewish State knows how to rally around now and always. Today, more than ever before, we have among us worldwide circles of aid and assistance. It does not matter where you are or what language you speak, we all grew up on a set of common values. When we open our hearts to the world and give of ourselves to others we become part of a long tradition of charity and righteousness and leading by personal example part of the Jewish culture of Tikkun Olam. The State of Israel is totally dedicated to the idea that every person deserves the best medical treatment available; regardless of their nationality, religion, colour or gender. Many of my friends, both Jewish and non-Jewish, were deeply moved by the images of the Israeli field hospitals and search and rescue teams and asked why there is so little awareness and appreciation in the outside world for all the good that Israel does for the world. 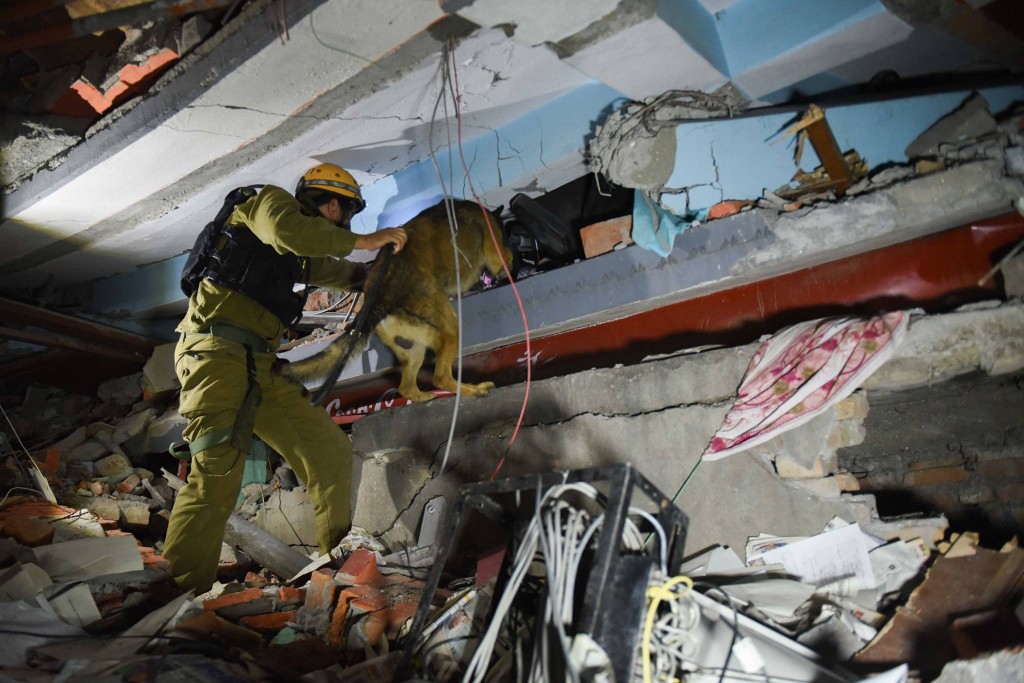 The statistics are indeed impressive. On April 27th, just hours after the earthquake struck, our tiny Jewish state flew in five airplanes, including two Boeing 747’s, to both join the international aid effort and to bring home our own boys and girls. As Prime Minister Netanyahu stated:

“Israel is operating under two principals: Israel must help its own and that it has a responsibility to offer humanitarian assistance to Nepal and other countries around the world.”

The United Nations Office for the Coordination of Humanitarian Affairs reports that there are 365 medical personnel on the ground in Nepal. 122 are from the Israeli delegation. The fully equipped field hospitals including neo-natal units and search and rescue teams are part of the second largest contingent, after neighbouring India, of international humanitarian relief. By comparison, it took the United States until May 3rd to get feet on the ground. All through the days and nights, our soldiers have been working with their specially trained search and rescue dogs to locate casualties trapped in the rubble and our medical personal have been working tirelessly to save lives and bring new lives into this world. We remain determined to help the people affected by the Nepal earthquake. 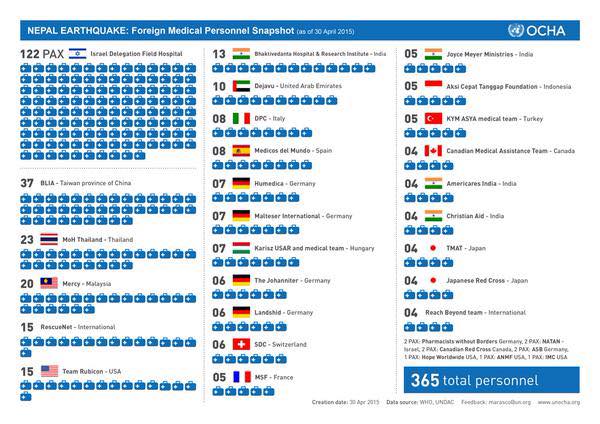 Daniel Gordis succinctly summed it up when he stated that, in addition to striving for the benefit our own citizens,

Israel did not go to Nepal in a desperate effort to win “brownie points” from the international community or to gain a public image coup. As Times of Israel blogger Haviv Rettig Gur noted in his column,

“The IDF doesn’t go to Nepal to avoid the Palestinian issue.   It goes because Israelis have honed emergency medicine into an art form, and because the IDF has never quite shed its founding culture of adventurousness, and, above all, because there are people out there who desperately need help.” Major Zehava Deutsch, a nurse on the IDF medical team, added, “I think it’s in our genes.”

My Australian friends at the Zionist Federation of Australia drolly noted that we are just waiting for the UN to issue a statement condemning Israel for the “disproportionate” response to the incident and call on them cease the “excessive” use of resources and expertise.

Our thoughts and prayers are with the people of Nepal, who have suffered greatly. Israel will continue to provide aid and assistance to all those who need help, because it is the right thing to do. Together, we will overcome the darkness, and rebuild for a brighter future.

Dedicated to the IDF service of, and in memory of 22-year-old Or Asraf z”l