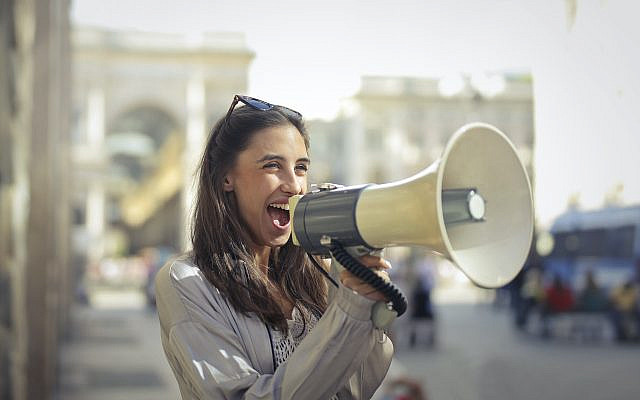 This is just an example of what passes for dialogue between Channel 12 reporters and analysts on Friday night’s news program. How the viewer is supposed to make sense of a conversation between four or five people, all shouting at once, is not clear to me – I certainly can’t.

Although I cannot read sign language, I could not mistake the meaning as the woman in the little box at the bottom of my screen threw up her hands in despair. Even the hard of hearing could see that the “debate” was beyond translation.

We are used to seeing shouting matches, even brawling, amongst MKs in the Knesset but we have little expectations of our elected representatives. We would like to hold our television reporters to a higher standard, after all, we invite them into our homes every night.

Perhaps it is time for Channel 12 to adopt the tradition of the UK’s House of Commons. The opposing sides are separated by lines drawn two sword lengths apart, a reminder of the time when Members of Parliament carried swords. They were often used to settle arguments among the honourable members. On second thought, perhaps our TV debates would be more interesting if the participants were given swords.

Our MKs and our TV celebrities would do well to visit The Noisy Classroom (https://noisyclassroom.com). This useful website is dedicated to helping pupils become persuasive speakers, critical listeners, and analytical thinkers. It certainly sets a better example than Channel 12.

Another group that has discovered that shouting gets you heard is the Black Lives Matter movement. A better name would be Black Live Don’t Matter Any More Than Any Other Colour. If they weren’t so busy shouting about Black slavery, they might remember that “We (Jews) were slaves to Pharaoh in Egypt”. They could be more useful shouting about modern slavery; more than 40 million people are in debt bondage in Asia, forced labour in the Gulf states, and many children work in agriculture in Africa and Latin America.

Sometimes shouting can be welcome. If, when sitting in a British pub, your friend says, ‘It’s my shout’, you know that it’s their turn to buy a round of drinks. You wouldn’t want to shout that down.