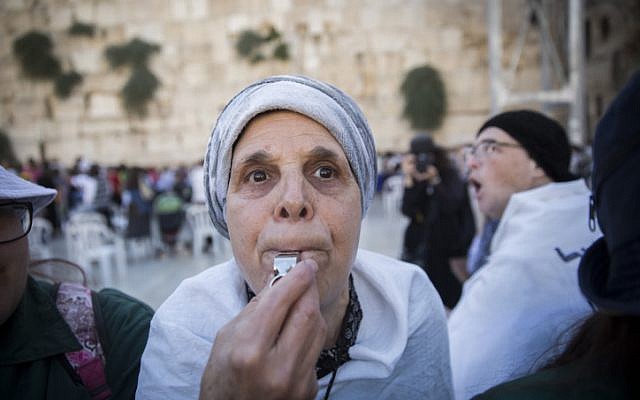 When I first walked into the Western Wall tunnels, many years ago, I was amazed.

“How could Herod’s workers carry such gigantic rocks without cranes?” I asked the tour guide. “How could they line them up and build with them?”

Later, when I stood once again above the ground, blinking in the sunlight, I looked at the Western Wall with new eyes. I noticed how the stones that form it become smaller and smaller the higher they are. The stone slabs at the very top — the ones that hide the sun just before it bursts into sight in the morning — are mere pebbles, compared to the giant rocks that Herod’s workers somehow placed closest to the ground.

I still don’t understand just how Herod’s workers did it. But I understood why: only large stones, significant stones, could hold the weight of what was placed above them. Only solid foundations could carry the Western Wall through the millennia to come.

Relationships, like walls, require strong foundations. And the relationship between the State of Israel and World Jewry, a complicated relationship at the best of times, in no exception.

What are the big stones that our relationship relies on? What lies at the core of our ability to be one people, despite our many, many differences?

Following yesterday’s cabinet decision to freeze the Western Wall deal, I heard people claim that the Kotel itself is at the heart of our relationship; that the Kotel is, so to speak, the “big stone” our peoplehood relies on. Without a place at the Western Wall, they challenged, how can Israel expect World Jewry to work with it?

This sentiment echos the protests that led to the beginning of the negotiations regarding the Kotel back in 2013, when Reform and Conservative leaders demanded to be allowed to pray their way at the Western Wall. They demanded a real share in one of our religion’s holiest sites, a real place in one of our nation’s most important symbols. They wanted the Wall to be their home, too.

By now, however, the issue at stake is no longer merely the Western Wall itself. What we witnessed yesterday wasn’t (only) a political decision regarding the allocation of state resources and the relative shares granted to different groups: It was a betrayal of trust.

The State of Israel invited World Jewry to sit at the negotiations table, promised to take their sensitivities into account, asked them to do the same (which they did, compromising left and right and accepting the perception of this dispute as something to resolve together instead of a zero sum game), promised to turn the agreed-upon compromise into reality…

And went back on its word.

We are a people reborn when it comes to sovereignty. We are a people struggling to figure out how to exist in a world where there’s an independent Jewish State — and at the same time, an active Jewish Diaspora.

We are a people still answering the question “Can we work together as a people in the first place?”

And it’s OK that we’re still figuring it out. It’s OK that our relationship shifts and changes and reshapes itself as we mature and change and evolve. After all, we have so many elements and challenges to work with, so many possibilities to explore.

But can we truly answer this question in the affirmative, while sabotaging the trust between us? Can we go on building our relationship and peoplehood, after one side delivered a resounding, “You don’t actually matter to us, and neither do the promises we made to you” slap to the other’s face?

The Western Wall may or may not be crucial for the relationship between Israel and World Jewry. But trust is crucial for any relationship. Trust is always a foundation, a “big stone.”

And it’s this foundation that is at stake now.

I can’t claim to be objective today. My father, Natan Sharansky, played a crucial role in the negotiations that led to the Western Wall compromise, hoping to foster a new and better partnership between Israel and World Jewry. I am pained to see his efforts dismissed.

But my pain and disappointment go deeper than the personal. They go all the way into the depths of our current state of affairs, all the way to the foundations of our relationship.

Years ago, I went underground to view the foundations of the Western Wall. Today I try to think my way underground, so to speak, and view the foundations of our peoplehood. I try to look beyond the challenges and the setbacks of the present, beyond the clashes at the surface. I look at the history we share and the values we uphold, and hope that they will carry us through, even as our trust — that fragile “big stone” at the core of our relationship — is compromised.

I hope and pray that what we share will continue to hold our weight in the days to come.

I hope and pray that we will find a way to forge ahead together.