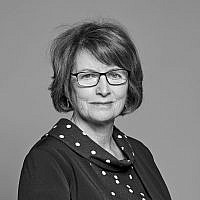 The Blogs
Louise Ellman
Apply for a Blog
Please note that the posts on The Blogs are contributed by third parties. The opinions, facts and any media content in them are presented solely by the authors, and neither The Times of Israel nor its partners assume any responsibility for them. Please contact us in case of abuse. In case of abuse,
Report this post. 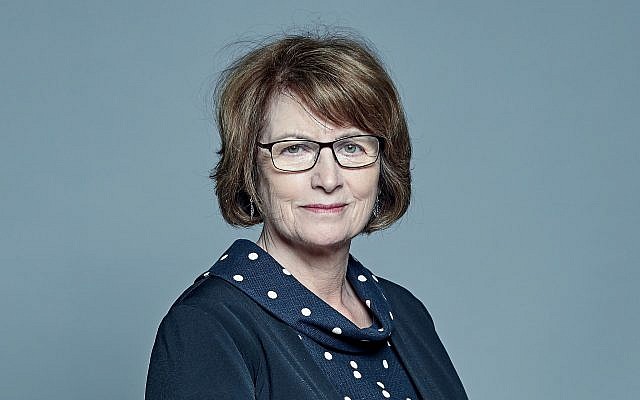 I am a strong supporter of Britain’s international aid budget and for the money which the UK gives to the Palestinian Authority being used to promote a two-state solution.

Our government is currently giving millions of pounds each year to Palestinian schools which are teaching a curriculum which incites hatred, glorifies violence and promotes terror; nothing could do more to harm the cause for peace than fostering old hatreds and prejudices in another generation of children and young people.

This has to stop, that is why I have published my International Development Assistance (Values Promoted in Palestinian Authority Schools) bill this week.

My LFI colleagues and I warned the government in September 2017 about the pernicious content of the new curriculum which the PA was about to introduce in its schools. As the Institute for Monitoring Peace and Cultural Tolerance in School Education has suggested, this curriculum is “more radical than ever, purposefully and strategically encouraging Palestinian children to sacrifice themselves to martyrdom”.

Some of the content is truly horrifying. Five-year-olds are taught the word for “martyr” as part of their first lessons in Arabic; 11-year-olds taught that martyrdom and jihad are “the most important meanings of life”; and teenagers taught those who sacrifice themselves will be rewarded with “72 virgin brides in paradise”.

The massacre of 11 Israeli athletes at the Munich Olympics is endorsed as “the Munich Operation” and cited as a good example of “Palestinian Resistance” against “Zionist interests abroad”.

These lessons in hate are all-pervasive and infest every aspect of the curriculum, while vile anti-Semitic tropes — that Jews sexually harass Muslim women and that they attempted to kill the Prophet Mohammed – are also promoted.

There is no suggestion that peace with Israel is desirable or possible and references to previous peace agreements, summits and proposals, which were present in schoolbooks, have been expunged. In their place, are lies about the Al-Aqsa mosque being under threat and calls to “eliminate the usurper” — by conquering Haifa and Jaffa.

These lessons in hatred are being funded through the Department for International Development’s aid to the PA education budget.

The government first ignored warnings, then promised reviews which never materialised, and then attempted to kick the issue into the long grass by commissioning an international study of the PA’s schoolbooks, despite IMPACT-se already having undertaken an extensive and thoroughly researched investigation.

Last week, the government said it had commissioned a scoping exercise for its review – some 11 months after that review was first announced.

Ministers have rejected LFI’s repeated calls that all aid which directly or indirectly finances those teaching and implementing this curriculum be suspended until fundamental changes are made. Instead, UK aid should be directed towards a new Palestinian Peace Fund supporting young people.

The upshot of this scandalous inaction is that by September, this appalling curriculum will have been taught in Palestinian schools for a third year running.

The PA has taken an utterly uncompromising stance. In September ministers said the PA had “taken action to help address concerns raised”. But this is simply untrue; there were no major changes in the current school year, and in January the PA Minister of Education made clear his rejection of what he called an “attack” on the curriculum led by the “Zionist lobby”.

Second, that ministers should conduct and publish an annual review to ensure that UK funds are spent in line with UNESCO-derived standards of peace and tolerance in education.

British aid should support the goal — shared by MPs across the House of Commons — of a two-state solution.

It cannot and must not make that goal harder to achieve.