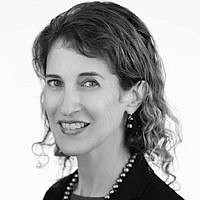 The Blogs
E. Kinney Zalesne
Apply for a Blog
Advertisement
Please note that the posts on The Blogs are contributed by third parties. The opinions, facts and any media content in them are presented solely by the authors, and neither The Times of Israel nor its partners assume any responsibility for them. Please contact us in case of abuse. In case of abuse,
Report this post.

Nothing beats meta-humor, we know. But there may be some important wisdom in that joke. Because maybe what the world needs more of now is the second kind of people – the ones who don’t split the world into reductive binaries.

“Non-binary” is a lived reality for a growing number of people; about 1.2 million Americans, or 11 percent of the country’s LBGTQ population, define themselves as neither male nor female. But beyond gender, the acute interconnectedness and the accelerated pace of change that characterize our world today are crying out for “non-binary” thinking in all parts of life.

Binaries are comforting, of course. Red and blue states. Victims and villains. Us and them. Such orderly pairings feel as normal and natural as our own symmetrical faces. We like things in twos.

But such short-hands almost always short-change reality. “Good vs. evil” helps us pick sides but it also flattens the truth. So if we’re going to understand what’s actually happening in this fast-changing world, we need first to be aware of how often binaries hijack our understanding, and second to cultivate more pluralist habits of mind.

Three of the most noxious binaries out there are the Description, Distraction, and Designation Binaries.

The Description Binary drives the ubiquitous, up-and-down narratives we see every day in the media. Consider political coverage, where journalists breathlessly report on campaign “horseraces,” in which every candidate is either up or down, flaming out or coming back. This binary dominates foreign affairs coverage, too: have you ever read a story about peace talks that didn’t herald either “breakthrough” or “breakdown”? No one can bear to write (or read) about the subtle gradations and variations in between; the pressure of the news cycle prods journalists to compress complex situations into one option or its opposite. As David Bornstein, a pioneer in “Solutions Journalism,” notes, journalists are great at exposing wrong-doing but not right-doing – too often, right-doing is incremental, filled with fits and starts, and ill-matched to 36-point headlines.

If the Description Binary is used to seize your attention, the Distraction Binary is used to divert it. A common example is the organizational leader who says, “We support diversity, but we won’t compromise on quality.” Sure …, but who said they were opposites? “Slippery slope” arguments are similar: i.e., “we can’t do the thing you’re asking for, because it will result in things you’re not asking for.” Be wary of leaders who, feeling themselves to be on the defensive, invoke binary boogeymen to distract you from your concerns.

The third kind of binary, the Designation Binary, underscores the immaturity of binary thinking, as it’s where children naturally go. How often have you heard from a frustrated child: “I’m not good at math.” Or, “I can’t do this.” Unguided, children will assume there are just two choices: able and unable. But, as child psychologist Carol Dweck has written in her bestselling book “Mindset,” such binary self-designations should be promptly met by parents and teachers with the (pluralist) rejoinder: “You can’t do this yet.” Thankfully, the wisdom of what Dweck calls the “growth mindset,” as opposed to the “fixed mindset,” is sweeping not only through enlightened kindergartens, but through enlightened sports teams and corporations, too.

Amid today’s rapid societal disruption and change, the stakes are too high for us to think in childlike, simple terms. We can’t manage a fast-flying, multi-colored, light show with blinders on. Reductionist labels diminish us all. Do the terms pro-Israel, pro-Palestinian, or pro-peace even begin to illuminate the complexities of peace-making? And aren’t the most just and durable peace treaties “non-binary” in their approach?

As you read the news, navigate your workplace, and raise your children, beware the buried binaries. The same is true In politics, diplomacy, and problem-solving of all sorts. it’s time to transcend the Terrible Twos.

This article was co-authored with Jonathan S. Kessler, founder and CEO of Heart of a Nation. 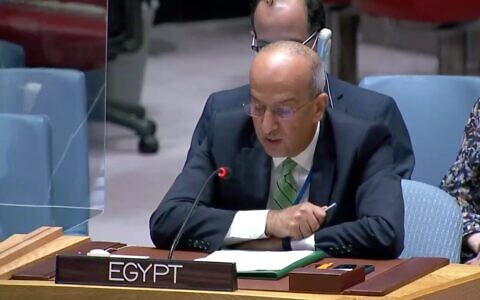 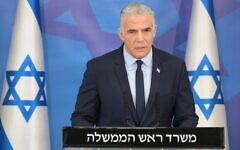 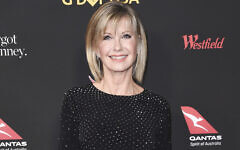