A small sensation has been making the rounds on the internet. Some Turkish tourists prayed at the synagogue in Ben Gurion, using the talitot as prayer rugs. The tourists were made aware of their mistake and apologized, not before folding up the talitot in a respectful way.

Reports on the internet have characterized this incident as disturbing and disgraceful. The report on Times of Israel added the official reaction, according to which “the stomach churns”. 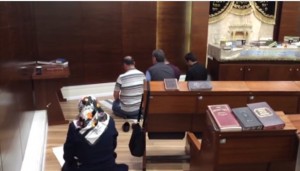 Yes, indeed. The stomach churns. It is disgraceful and shameful. But what makes the stomach churn is not the behavior of the Muslim tourists, it is the deep seated attitudes of Israeli Jews, both those who have reacted to the story and, even more significantly, those who hold more fundamental responsibility for the situation in the first place.

Worship in Airports
Let us begin by noting that every major airport in the world has prayer spaces for different religions. It is in the first instance a courtesy to travelers and a way of providing for their needs. JFK airport in New York has a synagogue alongside two churches (for different denominations), and I am told that in recent years a mosque has been added. CDG in Paris has prayer spaces for the different religions, alongside one another. Brussels excels in having multiple prayer spaces for multiple religions in multiple terminals. The list can be multiplied. Even if there is no dedicated prayer space for each religion, as in Munich airport, there is at least a room for common prayer, meditation and silence. Even former Soviet bloc countries feature this as part of contemporary airport design, as a recent stopover in Belgrade taught me. Providing travelers with their prayer needs is a sign of a world in which respect for the other and recognition for the other are part of official policy. In fact, airports are an important site for respectful interreligious coexistence. 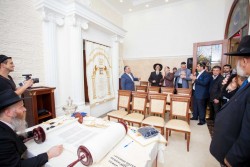 Contrast this with the situation in Ben-Gurion airport. Only one prayer space exists in Ben Gurion — for Jews. (As the joke goes, there is also a space for the religion closest to Judaism, namely Chabad, but it is not a synagogue but a welcome / educational center). The Christian or Muslim tourist who wishes to pray at Ben-Gurion has nowhere to go. For Christians this is less crucial, as they do not have fixed obligatory prayers they have to recite. Muslims, by contrast, recite their prayers as a time-bound obligation, just as Jews do, and must therefore find a place to do so. A fifth of Israel’s population are Muslims. After being subjected to harsh security measures, why should they be at a loss where to hold their prayers? In similar vein, millions of tourists and pilgrims come through Ben Gurion airport annually, Christian as well as Muslim. Why should the courtesy and respect shown them in major airports worldwide not be extended to them in the Holy Land?

Objections to Other Faiths at Ben-Gurion

When Ben Gurion was planned, it was intended that there should be prayer spaces for all religions. This plan was never realized. The reason for this, as we learn from a report in Haaretz, is objection from the Ultra-Orthodox sector. Some former Israeli politicians have expressed the deeper mindset that informs such objection, representing it as “self-destructive” and declaring that it “damages the symbols of Israel as a Jewish State.” 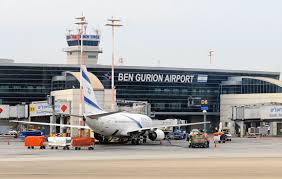 This is a very revealing statement that says much about how we construct Jewish identity and what room we make for others. In the “Jewish airport” (that is the implication), there is no room for other faiths. Judaism and the State of Israel, in this view, cannot accommodate other faiths. The issue is clearly not related to the ever-present concern for Avoda Zara (idolatry), since very few authorities consider Islam to be idolatrous. It has to do with acknowledging religious diversity, the rights of others to worship and the fundamental view that is held of other religions. It is a view that affords them no dignity and no rights. 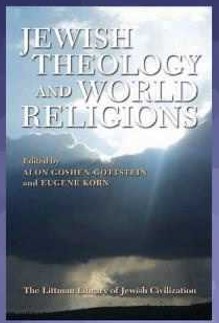 In Jewish Theology and World Religions (Littman Library, 2012), that I co-edited, several world class Jewish scholars have come together to affirm a vision of Judaism that recognizes and validates other religions. Judaism has within it ample resources for affirming other faiths and for finding a reasonable solution to the airport worship question in a way that is commensurate with international standards. Even on less principled grounds, a solution could have been found. It is, after all, a case of potential hillul hashem — desecration of the divine name — with potential harmful consequences for Jews, that the rights of other faiths are not respected. Eventually this could backfire. But neither theoretical nor practical consideration seem to inform Jewish voices that consider that the only way of affirming Jewish identity in a “national” airport is by refusing to make room for other faiths. Failure to address this issue points to a deep flaw in the present construction of Jewish identity. The situation is particularly ironic when it occurs during the festival of Sukkot. Sukkot is Judaism’s most universal holiday. This is the time when offerings were brought to the Temple in Jerusalem on behalf of the seventy nations of the world. The negative consequences of an isolationist mentality lead one away from a universal vision, grounded in Judaism itself, to a political position that would deny the rights of other faiths, regardless of spiritual stake or potential harmful consequences to Jews.

What Should those Poor Turks Have Done?

As a military rabbi, I have often had to face the question of where Jews should pray when there is no synagogue, but only a mosque. Rabbi Avigdor Nebenzahl, rabbi of the Old City of Jerusalem, issued an important ruling that if there is no synagogue in a given place, it is preferable to pray in a mosque, as it is 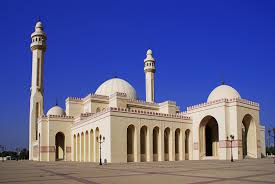 a dedicated prayer space. The ruling recognizes the validity of Islam, the effectiveness of its prayers and the common ground that Jews and Muslims hold in their prayer life. Such common ground should lead to sharing of prayer spaces, where there is no alternative. Reversing this logic, I would argue the Turkish travelers did well to pray in the synagogue. It is a place of prayer to the same God they worship. There was no need to apologize. They would have acted properly, even if they had prayed there intentionally (the use of talitot as prayer rugs is secondary, and clearly a result of ignorance). It is Israeli authorities who should apologize to them, for failure to provide a prayer space that meets their needs, in accordance with a vision that is international and contemporary as well as classically Jewish.