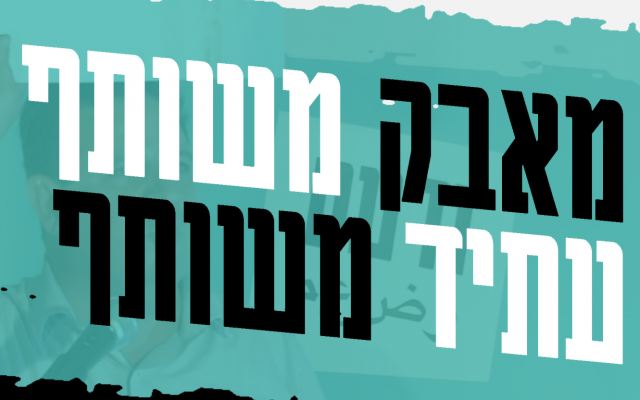 I picked up the phone to reconnect with my previous political home. My dear friend, and former member of Knesset, who answered on the other end was gracious and welcoming and pleased to hear from me. We discussed what had transpired for both of us and reconnected. And then she asked me, this political veteran and former (and hopefully one day again) member of Knesset asked me whom I would be voting for. Because she had no idea how she would cast her ballot in just a few weeks’ time. We discussed it further and then had to end our conversation. It occurred to me that perhaps the best use of my vote would be for the Joint List.

I was out for a walk listening to The Promised Podcast. As to be expected there was intense discussion about the upcoming elections (7 days from now, folks!) and Gantz’s chances of getting enough seats to form a coalition. Of course that won’t be possible without the Joint List (the Arab party), and of course that can’t happen with the Joint List. Gantz has publicly said he won’t form a government with the Arabs. Wait, what?! How is that moving us forward – as the Blue and White campaign sign I saw along my walk announced? I get that this is a political move to make him look comparable to Bibi, but it also makes Gantz an automaton, or at least seem like one. 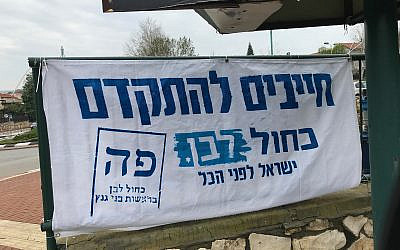 Last night I was driving to Jerusalem for an event via 443 by Modi’in. I was struck, like a fist to my chest, by the image of the poles placed every 10 meters apart covered with surveillance cameras pointed to the “other” side of the border walls. They have been there for years, the “situation” has been this way for years. And yet, as if for the first time I saw clearly how divisive our policies are and how much we make “them” into the “other” which allows us to maintain such an absurdity of a status quo that a front-runner for prime minister can already announce he won’t sit with the Arabs in a government. We have built barriers to keep us safe, and they have, but they have also made us fearful, ignorant, and inciting.

At the end of my conversation with my friend I arrived at the conclusion that my vote is likely best cast for the Joint List. After listening to Noah and his friends pontificate, after my drive home last night, I’m all the more certain. Here’s why. We’re a democracy here – or at least so we claim. The FUNDAMENTAL element of democracy is protection of minority rights. In this case, that is the Arab Israeli voice and presence in our society and in our politics. To hear, over and over again, that our candidates who wish to lead our society promise to exclude our largest minority – 20% of our population – even before ballots are cast, is a blight on our nation.

I was pleased after the second round of elections that Arab Israeli turnout was higher and that the seats won by the Joint List increased. And still, no one wanted to invite them to play, no one invited them to sit at their lunch table, no one wanted to legitimize the most important minority in our nation. For shame.

Could we at least use the term Israeli Arab and not just Arab to acknowledge and legitimize the fact that this 20% of the population are in fact citizens with equal rights to me?

I have the power of the ballot, my ballot, my voice. I can cast that vote to recognize and affirm, to legitimize their presence in this country. Yes, there are Israeli Arab citizens who wish to see Israel as a Jewish democracy come to an end. There are many, many more who wish to see Israel remain as a safe and open and welcoming place for all her citizens. Just as I choose to send my daughter to a pluralistic religious school because to be confident in my identity I have to know others, the same is true in our political leadership. Israel will be a stronger country, more firmly standing on her values, when the Israeli Arab leadership is fully integrated into our government.