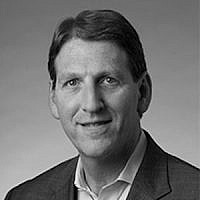 The Blogs
Bruce R. Rosengard
Apply for a Blog
Please note that the posts on The Blogs are contributed by third parties. The opinions, facts and any media content in them are presented solely by the authors, and neither The Times of Israel nor its partners assume any responsibility for them. Please contact us in case of abuse. In case of abuse,
Report this post.

Alan Solomont’s op-ed in the Times of Israel on May 15 accuses The J Street Challenge of “distortions, smears and personal attacks” and criticizes the JCC of Greater Boston for showing it. Better could have been expected from the Dean of Tufts College of Citizenship and Public Service and a former US Ambassador.

We appreciate that Dean Solomont and the two other members of J Street who co-authored the op-ed dislike the film. Given the likely reception that the policy positions J Street advances would have, if fully understood in the American Jewish community, we can easily understand that they wish the film would not be shown. We, too, would prefer that it not be shown were we members of J Street. Still, we would have thought that in taking a public stand intended to stop the JCC and other Jewish organizations from showing the film or to dissuade members of the Jewish community from viewing the film, the Solomont signatories would have detailed at least a few examples of the “distortions, smears and personal attacks” that so offend them. Then, readers of the article could judge for themselves whether or not The J Street Challenge is “a one-sided screed” and that the mere act of showing the film in an open forum constitutes an act of sinat chinam (baseless hatred), or just the opposite.

Let’s consider the mirror-image situation. J Street considers itself a “Pro-Israel” organization. Having observed J Street since its inception, we, like many in the Jewish community, would regard that statement as a distortion. This is a position held broadly regardless of political inclination, and includes scholars like Professor Alan Dershowitz, whose progressive bone fides are unassailable. As Dean Solomont must know, Professor Dershowitz, whose writings on the topic are rigorously researched and annotated, has been an outspoken advocate for the two-state solution and an opponent of settlement activity.

Professor Dershowitz has said and written that J Street is not Pro-Israel. However, we regard Professor Dershowitz’s views just like our own views and those of other J Street critics in the Jewish community, as opinions, not incontrovertible fact. We are confident that most people, and particularly Professor Dershowitz, would not criticize the JCC just for showing a film synchronized with the J Street message, as long as viewers were free to criticize and/or debate its content and the accuracy of its sources. When Walt and Mearsheimer authored The Israel Lobby and US Foreign Policy, which was as upsetting to Pro-Israel activists as The J Street Challenge is to J Street members, Professor Dershowitz did not respond with a call to ban the book or a suggestion that people refrain from reading the book. To the contrary, he offered a 44-page detailed rebuttal of specific assertions made in the book and challenged Walt and Mearsheimer to debate the subject openly.

We urge Dean Solomont and other members of J Street to stop characterizing opinions held by other Jews that disagree with them as “divisive”. Although a community can be divided in its opinion on a matter, it need not create “disunity or dissention” (Merriam-Webster). Not only is describing contrary opinion as divisive antithetical to Jewish tradition and values, the very use of the word signals that the argument of the one making the charge lacks content.

Nothing stopped Dean Solomont, his co-authors, and others sharing their views from attending the showing at the JCC and engaging in the discussion that followed. Indeed, attendees of the screening that raised questions about specific items in the film were answered clearly and respectfully by the individuals on the podium. Every purported distortion was rebutted and the audience was free to judge whether the rebuttal was sufficient.

Our country was founded on the notion that people benefit from exposure to differing, opinions. On many occasions, people modify their views in response to a well-presented contrary opinion. None of that happens if opinion is suppressed. We are confident that Dean Solomont and his co-authors know that. We would be saddened that if because of their own discomfort with the exposure The J Street Challenge gives to the particulars of J Street’s brand of Pro-Israel advocacy, suppression was their intent.

About the Author
Bruce Rosengard, M.D., F.R.C.S. is a member of Temple Emanuel in Newton, Massachussetts.
Comments