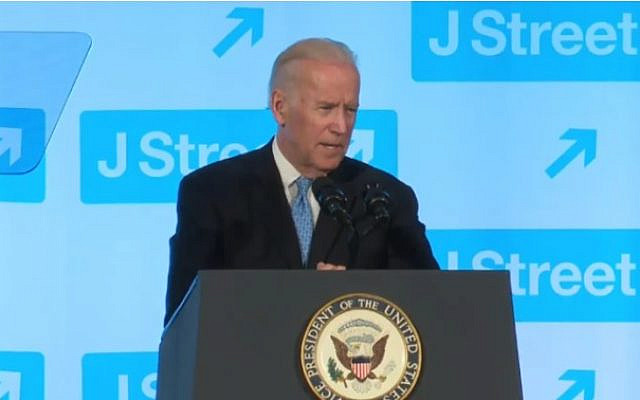 I was somewhat apprehensive about Vice President Biden. The Obama administration years featured strained tensions between Israel and the United States. Biden criticized Prime Minister Netanyahu for moving to the “extreme right,” and touted a policy of constant pressure “on the Israelis to move to a two-state solution.” Biden is reportedly ready to accept Bernie Sanders’ anti-Israel advisers on his foreign policy team. He has come out against annexation of parts of Judea and Samaria that under any deal would be Israeli land, and against settlement building. Biden would re-enter the Iran deal, and not even aim for a better deal than Obama’s, as he said “Talk of a ‘better deal’ is an illusion.”

There is a great deal to calm my apprehension about a Biden Presidency. Biden has been an old friend of Israel’s with a Pro-Israel voting record in the Senate and has said, “I am a Zionist. You don’t have to be a Jew to be a Zionist.” As Ron Kampeas wrote, “Biden has been a standard-bearer for the Democratic party’s pro-Israel mainstream…Biden has said he would not consider leveraging aid to Israel as a means of influencing policy, and he has touted his friendship with Israeli Prime Minister Benjamin Netanyahu.” Biden said that aid to Israel “is the best $3 billion investment we make.”

I was disheartened to read that Vice President Biden had enthusiastically accepted J-Street’s endorsement of his candidacy, writing,. “I’m honored to have earned J Street’s first-ever presidential endorsement…I share with J Street’s membership an unyielding dedication to the survival and security of Israel, and an equal commitment to creating a future of peace and opportunity for Israeli and Palestinian children alike…”

Biden’s acceptance of J-Street’s endorsement worries me about the policies of a future Biden administration. I’m not willing to debate J-Street’s Pro-Israel credentials. I have many friends among J-Street’s membership who love Israel as much as I do, but their criticism – borne out of love – sounds exactly the same as Israel’s toughest critics. J-streets constant criticism of Israeli policies – even when justified – harms Israel, especially in Congress. Lobbying against Israel’s policies in the Congress of Israel’s strongest ally has never helped the State of Israel.

I have valid concerns about J-Street. As Rabbi Stuart Weinblatt wrote, concerns about J-Street center around, “The substance of J-Street’s positions, as well as the time, place and manner in which they express those opinions. J Street professes to care about preserving Israel as both a Jewish state and a democratic one, yet they actively oppose and seek to thwart the policies that are the very product of that democracy. One need not agree with or support every policy to recognize that actively and publicly opposing and thwarting its policies lend legitimacy and abets those detractors who do not seek Israel’s well-being.”

I pose the following question to my Pro-Israel friends who support Vice President Biden for President. As an American who cares deeply about the US-Israel relationship and considers J-Streets policies, statements and positions harmful to the State of Israel, why shouldn’t I be concerned that Vice President Biden enthusiastically accepted J-Street’s nomination?