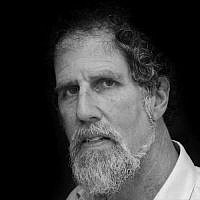 The crowd size estimates at the “This is home for all of us” march of hope last night ranged from 10,000-30,000. I just know it felt huge, although not large enough. It was hopeful to see that people are finally waking up to the danger to our democracy and to the minorities whose rights may be “democratically” trampled, even though I wish people had woken up years ago.  One of the speakers was the ultra-Orthodox educator Michal Zernowitski, who opened with the same verses from this past Shabbat’s Torah portion regarding Shimon and Levi that I discussed in my dvar Torah:

Rabbi Yitzkhak Isaac HaLevy Herzog, the first Chief Ashkenazik rabbi of Israel, was tasked with giving hakakhic answers to questions regarding the relation to non-Jews in the Jewish State. Rabbis Cook and Uziel had already said that Jews and Arabs can live together in the Land of Israel. However, Herzog was asked to rule on issues of equality, and the vote.  Many think of Herzog as a liberal thinker who paved the way to reconciling halakhic Judaism with modern democratic principles.  However he,  Rabbi Shaul Yisraeli and others said that ideally only Jews would have full democratic rights in what ought to be a halakhic state, but that is not possible in a world in which “eyn yad Yisrael takifa.” We do not have the necessary power. The world would not allow us to get away with these actions. We can’t know for sure whether Herzog wanted to promote democratic equality, but had to speak to the Orthodox community in their terms, or whether he truly desired that one day Israel would be a halakhic state in which non-Jews would be second class citizens, if not expelled.  However, the die was cast. While other rabbis such as Rabbi Haim David HaLevy were more unequivocally in favor of civic equality, it is easy to see how one can get from the thinking of Rabbis Herzog and Yisareli to the aspirations of Bezalel Smotrich. If one believes that we are no longer weak and that we can stand up to the world, then the logical conclusion is that a strong Israel must divest of itself of galut/diaspora thinking, and relegate non-Jews to their proper halakhic standing that is second class at best.  Itamar Ben-Gvir is of course the disciple of Meri Kahane, who argued that democracy is not a Jewish value.

A few weeks ago in parashat VaYisklak Ya’akov castigates his children Shimon and Levi for having tricked and then massacred a local tribe, saying “You have brought trouble on me, making me odious among the inhabitants of the Land, the Canaanites and Perizzites; my men are few in number, so that if they unite against me and attack me, I and my house will be destroyed “(Genesis 34:30). Every time I read this, I can hear the eyn yad Yisrael takifa argument.  Shimon and Levi were right to act as they did, after Dina was raped/humbled by Skhem. Ya’akov is reacting in such a humiliating way because he is weak and powerless. (The standard interpretation is that Dina was raped. The Hebrew “יענה” leaves open the possibility of Anita Diamont’s interpretation in “The Red Tent” that this was not rape, but seen through patriarchal eyes as a violation of “family honor.” Dina’s voice is not heard.)

In  this week’s portion, Ya’akov is not speaking out of weakness when he curses Shimon and Levi before his death, “Shimon and Levi are a pair; Their weapons are tools of lawlessness. Let not my person be included in their council, Let not my being be counted in their assembly. For when angry they slay people,  And when pleased they maim oxen. Cursed be their anger so fierce, And their wrath so relentless. (Genesis 49:5-7). Here Ya’akov, who has nothing to fear, is unequivocally clear. He doesn’t mince words.  The actions of Shimon and Levi did not reflect the Way of God, or Jewish values as understood by Ya’akov.

The cursed behavior of Shimon and Levi was not just their violent use of force. They set up the massacre through verbal trickery. They convinced the tribe of Hamor to all circumcise themselves as a condition for Skhem being allowed to marry Dina.  The massacre occurs when they are weak and in pain.

I originally wrote this dvar Torah on Friday, after returning from accompanying a shepherd who is constantly abused and harassed by the settler Moshe Shirvit.  The violence can include running his all-terrain vehicle to disperse flocks, throwing stones at them, or simply shouting and whistling and clapping to drive them off the lands Shirviti is trying to take over.  After almost two years of acting in this way, Shirvit recently tried verbal trickery. Yoel Marshak is an Israeli who has been trying to negotiate understandings between settlers and Palestinian shepherds by trying to get the Palestinians to agree to cede vast amounts of their needed grazing land in return for an end to settler violence and harassment.  Palestinians are today’s “fiddlers on roofs,” constantly trying to figure out how best to keep their balance and survive. Given their situation, I don’t have the right to tell them whether or not to take these deals. However, I hear from the shepherds themselves both that the deals do not leave them with sufficient grazing land, and that they know that the appetites of the settlers will not be sated. Their plan is that Palestinian lands will gradually be taken over through the “salami method,.” Verbal trickery. While the shepherd was clear all along that the deal was not acceptable, Moshe was sweet as punch for several weeks, hoping that the shepherd would give in.  Sometimes he called in Yoel to put on more pressure.  A few days ago, realizing that the shepherd would not give in, he said that if he doesn’t accept the deal, “I will show you what will happen.” What will happen started Thursday, as Shirvit returned to his usual ways. Along with four other thugs, he chased after the flock for some four hours, as our volunteers tried to stand between them and the scared animals. Even the efforts of a police officer to convince Moshe to calm off failed. Don’t ask me why the officer didn’t assert his authority. Why should the police cross the lords of the land? Friday was relatively quiet because the shepherd stayed close to home, and didn’t enter contested areas. However, the family has been suffering from “visits” to their homes, and the attempts to disperse the flock resumed today.

Again, there are those who will argue that this is precisely how strong, proud Jews divorced of galut mentality and fear of the international community should act. Ya’akov thought differently, and so should we.  As I explained last year, Rabbi Shimshon Rafael Hirsch interprets Ya’akov’s words as meaning that the methods employed by Shimon and and Levi must not be the guiding values of the Jewish people.  As I explained two years ago, Soforno also indicates that Shimon and Levi’s actins render them unfit for leadership.

May Ya’akov’s values be our values. Now as then, the proper way to treat fellow human beings is not simply a matter of what we have the power to get away with.  Now as then, those who advocate the use of trickery and violence should not be our leaders. May we fulfill Ya;akov’s aspirations for the Jewish people.