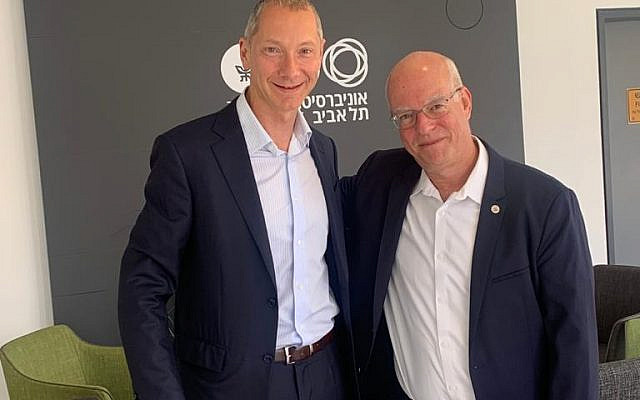 As soon as Israel eased quarantine restrictions, I immediately took the opportunity to meet with the administration and staff of Tel Aviv University, with which the Jewish Confederation of Ukraine is starting a large-scale project to study the history and culture of Ukrainian Jews from ancient times to the present day.

Historians of the Goldstein-Goren Diaspora Research Center of Tel Aviv University will study the history of Jews on the territory of current Ukraine. According to the director and research supervisor of the project, Professor Simkha Goldin, the history of Jews in Ukraine is one of the most unexplored aspects of Jewish history in all of Eastern Europe. Despite the fact that many of the main events in the historical path of the Jews of Eastern Europe have taken place namely in Ukraine, the peculiarities of the Ukrainian context remain insufficiently studied.

This happened due to the fact that for a long time Ukrainian Jews had been considered as a constituent part first of the Jewish community of the Russian Empire, and then of the Soviet Union. In the project of the JCU and Tel Aviv University, Ukrainian Jewry with its more than a thousand-year-old unique history and culture will be singled out as an independent object of research.

I would like to thank the President of Tel Aviv University, Professor Ariel Porat, and the CEO of the Euro-Asian Jewish Congress, Head of International Programs Department at Tel Aviv University, Dr. Haim Ben Yaakov, for their willingness to join this important and interesting project.

We are looking forward to the discoveries of historians. I am sure there will be a lot of them.
—