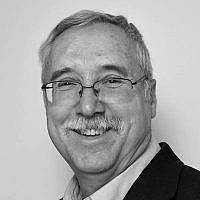 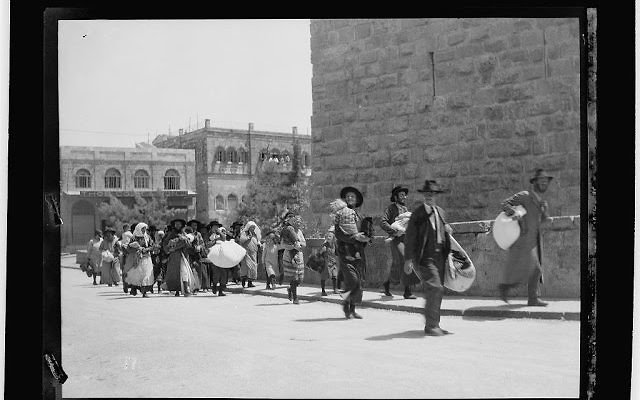 As a Jerusalemite, the degree to which the modern history of our city is mangled, distorted, and rewritten by journalists, foreign politicians and diplomats, and less-than-rigorous academics is a major source of frustration, particularly around the celebration of Jerusalem Day.

Almost inevitably, we are told that “East Jerusalem” and the “Old City were captured by Israel from Jordan during the 1967 war, without reference to the status of this city between 1948 and 1967. Outside of Israel, the false narrative portraying Palestinians exclusively as victims and Israel as “occupiers” has replaced the actual history, and substituted propaganda for justice.

The continuing impact of the 1948-1967 Jordanian occupation is central to understanding the broad Israeli rejection of grand peace plans to re-divide this city, including the mirages of “shared sovereignty” and internationalization. While such creative political architecture may sound good, the history of this period should remind us that in practice, such visions will return us to the bad old days,

Jews have lived in Jerusalem continuously, and were the majority population in the decades before the 1948 war. The destruction and ethnic cleansing of the ancient Jewish Quarter in the Old City began following the UN Partition Resolution on November 27 1947. Arab forces blocked the access road from Tel Aviv to Jerusalem, and numerous Israeli efforts to end this blockade failed, with major casualties. As a result, few reinforcements were available, and on May 28, the Jordanian army (also known as the “Arab Legion”) completed the capture of the Jewish Quarter.

The Jordanian commander, Abdallah el-Tal, boasted that “The operations of calculated destruction were set in motion… Only four days after our entry into Jerusalem the Jewish Quarter had become a graveyard.” (Disaster of Palestine, Cairo 1959) All of the Jewish inhabitants were exiled — the ethnic cleansing was complete. Jews were prohibited from accessing the Temple Mount, destroyed by the Romans in the year 70 AD, or at the Western Wall, which survived the destruction. (These were and remain the holiest sites in the Jewish religion.)

Even after the fall of the Jewish Quarter, the conquerors systematically desecrated all remnants of 3000 years of Jewish Jerusalem. 57 ancient synagogues, libraries and centers of religious study were ransacked and 12 were totally and deliberately destroyed. Those that remained standing were defaced, and turned into barns for goats, sheep and donkeys. Appeals were made to the United Nations and in the international community to declare the Old City to be an ‘open city’ and stop this destruction, but there was no response.

In addition, thousands of tombstones from the ancient cemetery on the Mount of Olives were used as paving stones for roads and as construction material in Jordanian army camps. After the 1967 war, Israelis who visited the cemetery on Mt. of Olives and saw the desecrated graves and smashed gravestones noted “that Jordanian soldiers and local residents had helped themselves to the stones to use as building materials.” Graves were broken into pieces or used as flagstones, steps, or building materials. In 1967, graves were found open with the bones scattered. Parts of the cemetery were converted into parking lots, a filling station, and an asphalt road was built to cut through it. The Intercontinental Hotel was built at the top of the cemetery. Sadar Khalil, appointed by the Jordanian government. as the official caretaker of the cemetery, built his home on the grounds using the stones robbed from graves to build it.

In 1967, immediately after the war, numerous photos were published showing Jewish gravestones in Jordanian army camps, such as El Azariya, and in Palestinian neighborhoods, used in walkways, steps, and pavement. When the war ended, and negotiations began, the Israeli representatives emphasized regaining access to Jewish Jerusalem. Article VIII of the Israel-Jordan Armistice Agreement, signed on 3 April 1949, called for the establishment of a Special Committee, “composed of two representatives of each Party for the purpose of formulating agreed plans ” including “free access to the Holy Places and cultural institutions and use of the cemetery on the Mount of Olives”.

Officials and international mediators solemnly declared that “There is a good chance that roads to the Holy Places will be opened so that Jews may be able to go to the Wailing Wall this Passover. The problem of access to the Holy Places has been left to the local military authorities to arrange, and there seems to be enough goodwill on both sides to make this possible.” This did not take place, and these clauses of the Armistice Agreement were never honored.

Promises continued, and Glubb Pasha, the British commander of the Arab Legion, pledged that “Jerusalem’s Arab and Jewish populations would be two separate cities ‘with free trade and exchange between each other.’ The Arabs would be perfectly willing to allow the Jews to have access to their shrines, notably the Wailing Wall, now inside the Arab-held Old City.” Although there were numerous discussions of this issue, and Israeli complaints, the Jordanians refused to honor the agreement, and the UN did not pass any resolutions against this treatment of Jewish religious institutions.

In 1954, a British delegation asked General Vagn Bennike, U.N. Chief of Staff, to convey a request to permit a small group of Jews (primarily of American and British citizens) “to cross into the Old City to offer prayers at the Western (Wailing) Wall”. Similar requests were addressed to American officials. In response to one such request, Assistant U.S. Secretary of State Henry A. Byroade responded that due to the “unfortunate tension” between Israel and Jordan, a “practical arrangement can not be worked out”.

In 1956, Maj.-Gen, E. L. M. Burns, Chief of Staff of the U.N. Truce Supervision Organization, was also asked to raise the issue of Article VIII violations and free access to the Western Wall in the Old City of Jerusalem with the Jordanians and their British mentors. The United Nations was of no assistance in this issue, and ignored the discrimination and violations of the Armistice Agreement. Although debates on the now defunct internationalization of Jerusalem continued, there was no mention of the inaccessibility of Jewish holy sites.

The Vatican also ignored requests to intervene in order to allow Jews to visit their religious sites. In the UN, Ambassador Abba Eban noted that although the Christian and Moslem Holy Places were freely accessible to Moslem and Christian worshippers, “the Western Wall, the most hallowed sanctuary of Judaism and the most ancient shrine in the entire city is barred to all access by worshippers despite solemn agreements and undertakings.” In the Knesset, Israeli political leaders decried the fact that “This abomination had not shocked the world, which was so steeped in materialism that there would soon be no room left for the very concept of holiness.” On occasion, Jews were caught and detained when they attempted to cross the cease-fire line that divided the city, in order to pray at the Western Wall.

Every year, on Tisha b’Av, the High Holidays, and during the three pilgrimage holidays, the Israeli press, as well as political and religious leaders, recalled the fact that Article 8 of the Armistice Agreement was systematically violated, and urged the Israeli government “to show more activity in this matter”. Periodically, public groups renewed the appeal to the UN, the U.S., and the “great powers” to intervene and force Jordan to honor the commitments of Article 8, and end its refusal to allow religious Jews access to the Western Wall, “the most holy relic recognized by the Jewish religion.”

53 years have now passed since the Israel Defense Forces ended this siege, reunited Jerusalem with its ancient Jewish heritage, and began the rebuilding of the buildings destroyed and desecrated during the Jordanian/Palestinian occupation. For us, Jerusalem Day is a reminder of the necessity to learn and teach this history, and not allow the propaganda campaigns and invented “narratives” to triumph.

This article is based on an essay, originally published in 2000.