Despite the recent violence, on the last evening of my recent journey to Israel, I decided to follow the ancient pilgrim’s custom and make a complete circle of the ancient city walls of Jerusalem. In truth, I was looking for a parking space. I don’t believe the author of Psalm 48 had parking spaces and rush hour in mind when writing “Encircle Zion and go round about her, and count the towers thereof.”

So I inched along during the afternoon rush, from Zion Gate to Jaffa to Damascus and back around again, observing the teeming life, the incessant traffic, the commerce, the smells, the parents with school children, the shopkeepers, the beggars and the holy schleppers, the same on each side, and yet everyone utterly disconnected from their counterparts on the other side of the city.

And then, as darkness descended, I parked at Zion Gate and strolled though the Jewish quarter and down to the Kotel. I didn’t intend to be there at night, given the tension I had heard was so pervasive. But once I entered, the world immediately quieted down around me. In contrast to the bustle outside the walls, it was so peaceful and quiet inside. Almost no tourists were there at that hour.

At the Kotel itself, hundreds of Haredim were gathered for the evening prayers, a sea of black surrounding myself and my son Dan. When the Ma’ariv service was done, they broke into a circle dance; the song, very familiar, was “L’shanah ha’ba’ah b’Yerushalyim,” “Next year in Jerusalem.” A perfectly inspiring song, from everyone’s Passover Seder and the end of Yom Kippur.  Except that it’s “this year,” and we were/are right there, already in Jerusalem.

That juicy blurring of vision and reality, of past, present and future, echoes the first verse of Psalm 126, “When the Lord restores the fortune of Zion, we see it as a dream.” Are we really here? Has the dream been fulfilled?

“Pinch me, God,” those circling dancers seemed to be saying,  so that we might awaken to a glorious new reality, a new/old old reality, really, an as yet unfulfilled vision fully-fulfilled.

For this group of Haredi dancers there is still some fulfillment that needs to take place – a rebuilt Temple, a messianic restoration,  For others, like me, that “next year” that we are praying for involves two states at peace with one another, bustling and alive, like the two sides of this ancient city on this day. The two sides becoming one, or the one blurred entity becoming two distinct ones, living in peace together.

But we all are singing the same song of longing while dancing in a dream-like place, a place that my great-grandparents could only have dreamed of visiting.

Post-pinch, I awaken, and Jerusalem is not yet “there.” The quiet of the Old City is exquisite yet deafening. The quiet is in itself a prayer for the peace of Jerusalem, a beautiful, if fragile, gift, as well as a reminder that for tourists less intrepid (or foolishly impulsive) than I was that day, the dream of a united, peaceful Jerusalem remains far from fulfilled.

Sample below my camera eye’s view of a city descending into its peaceful, quiet, dreamlike night. 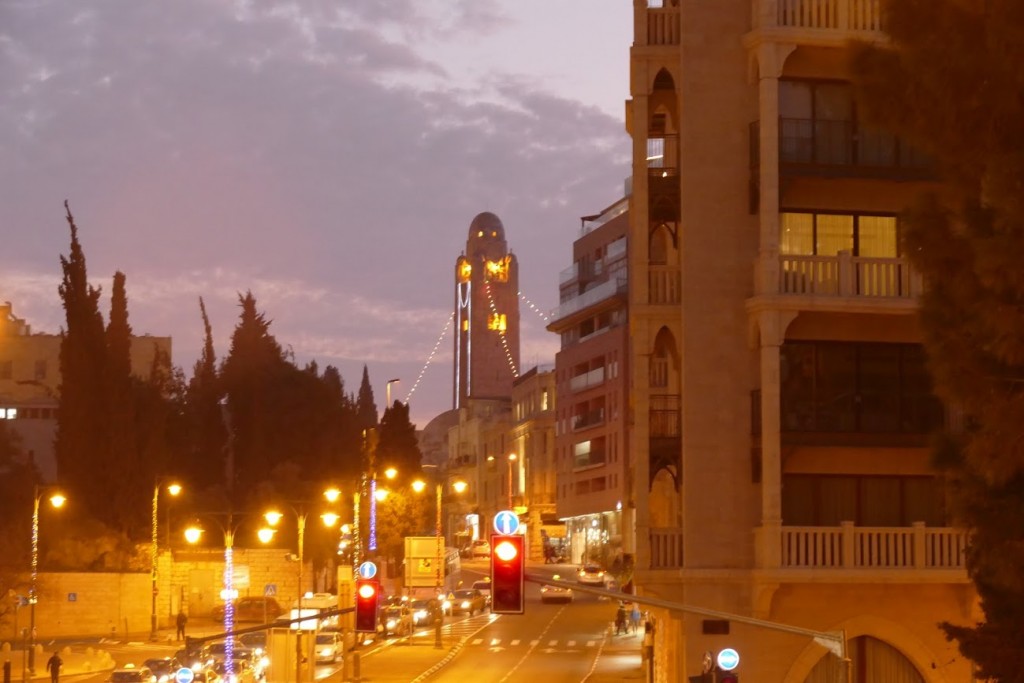 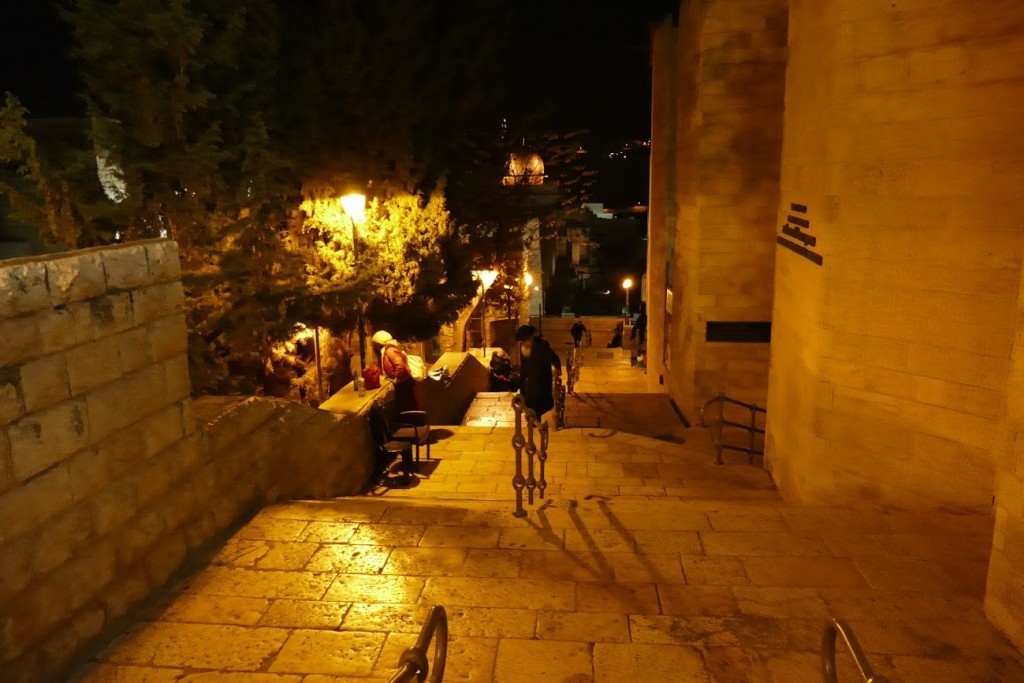 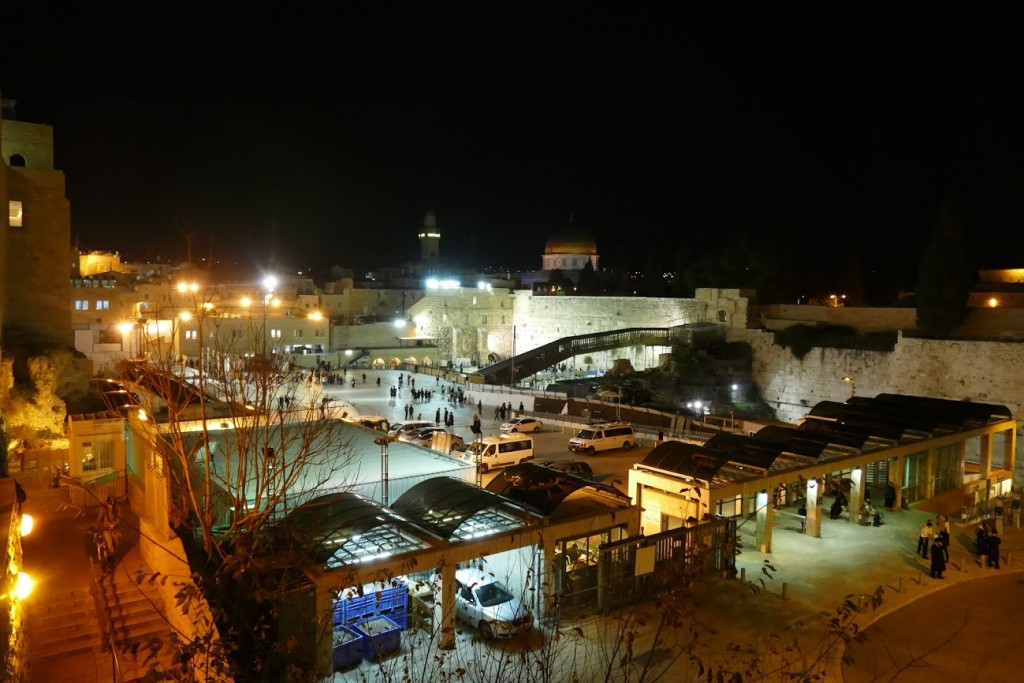 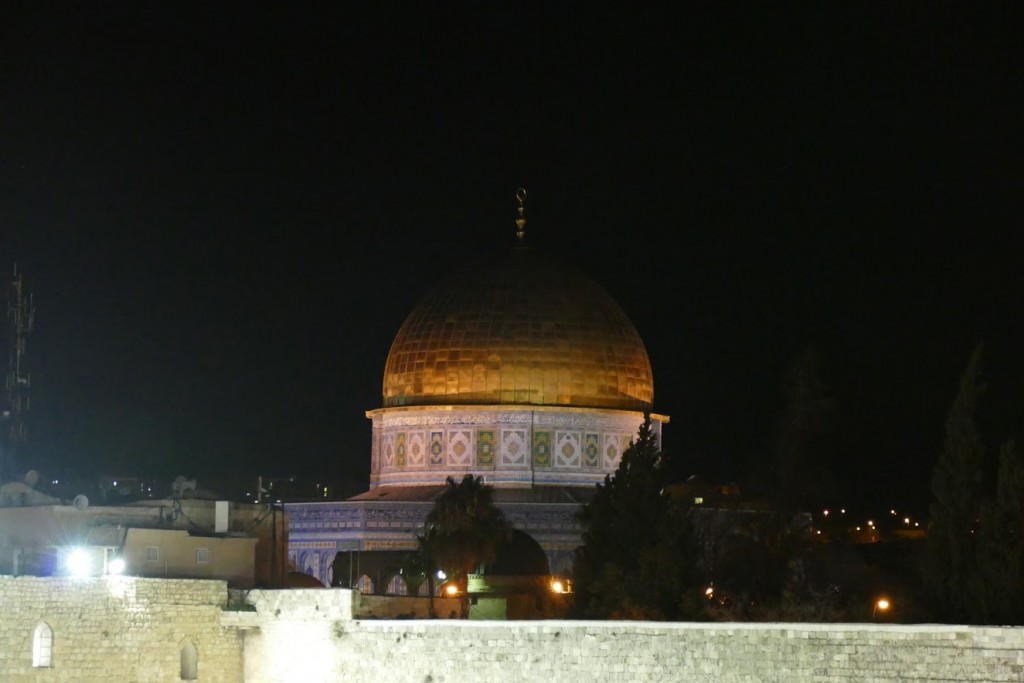 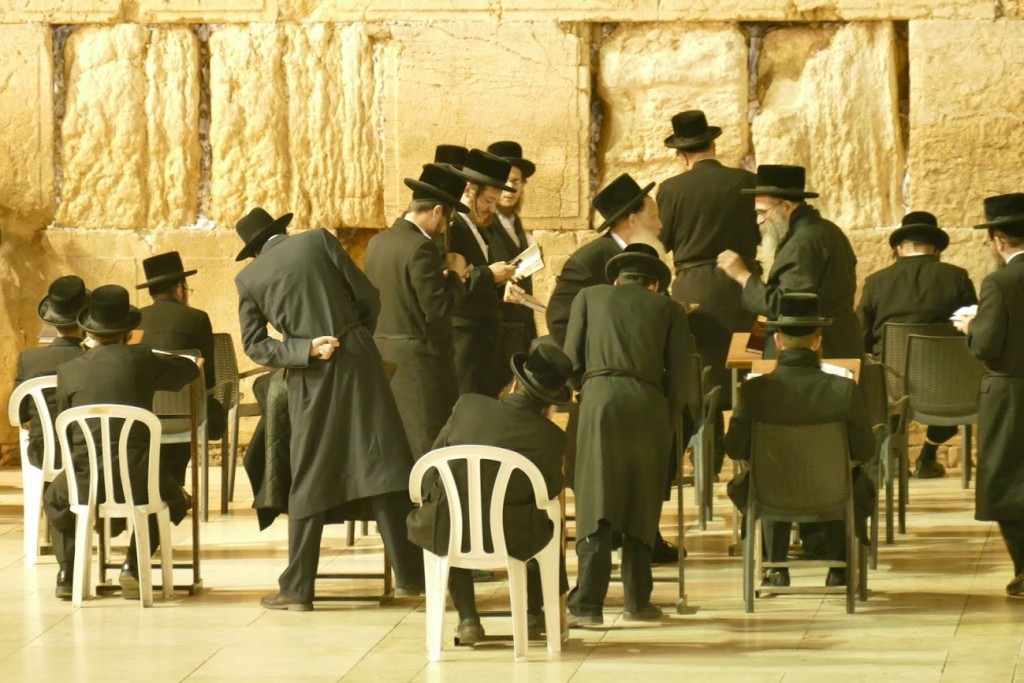 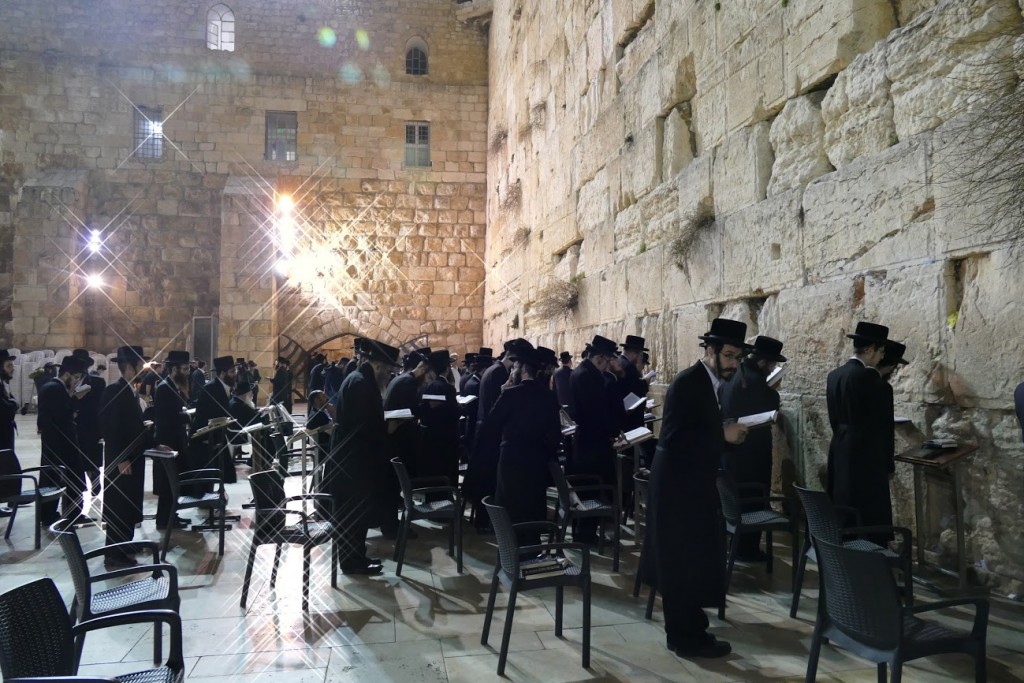 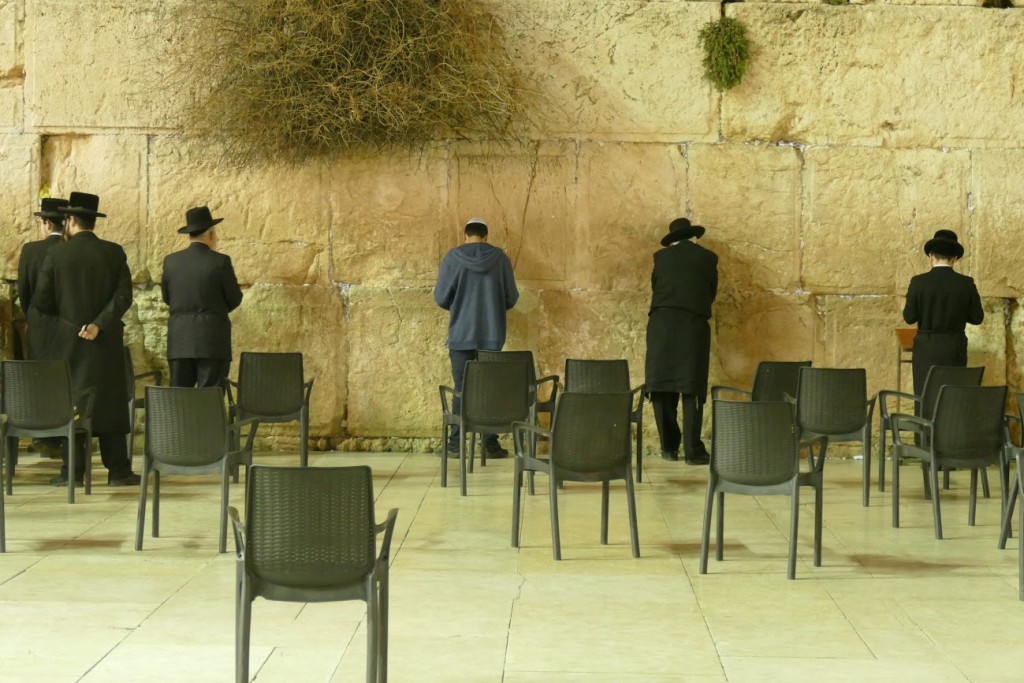 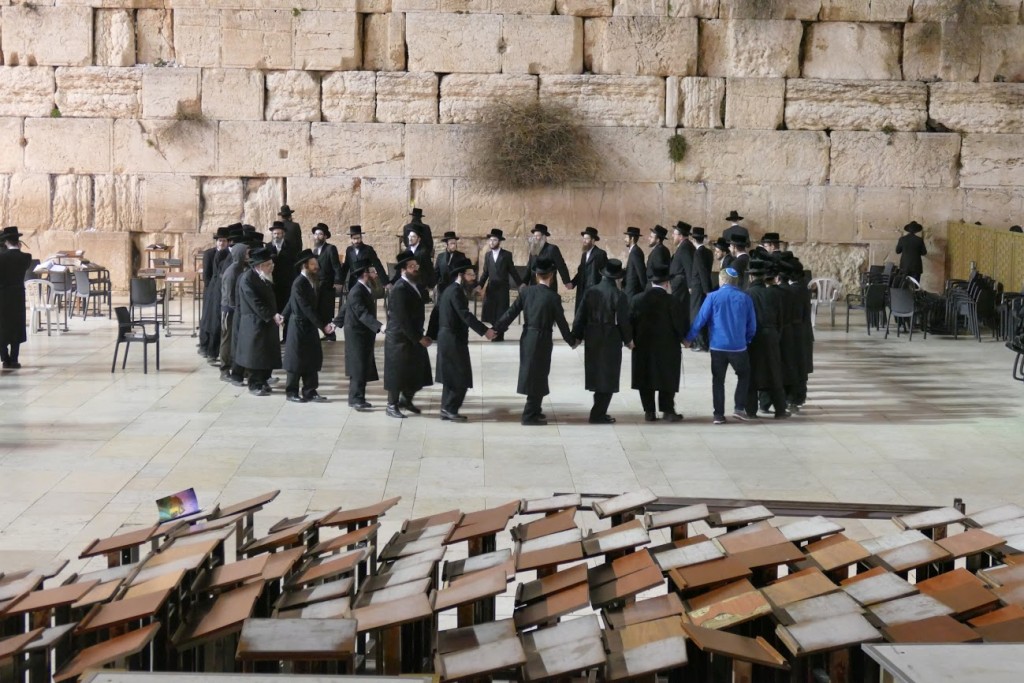 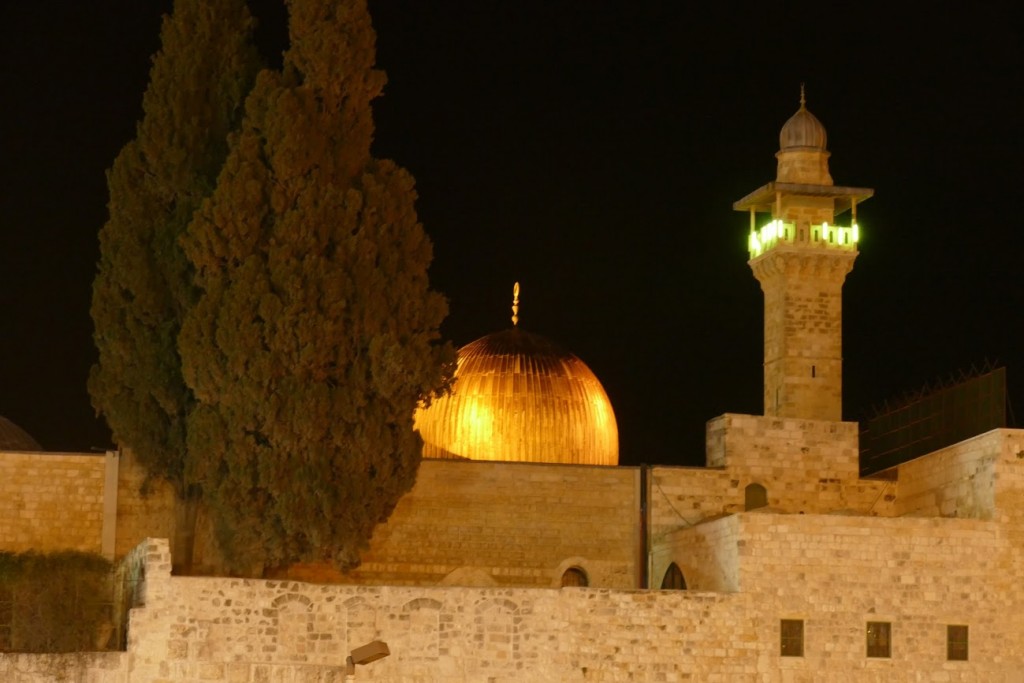 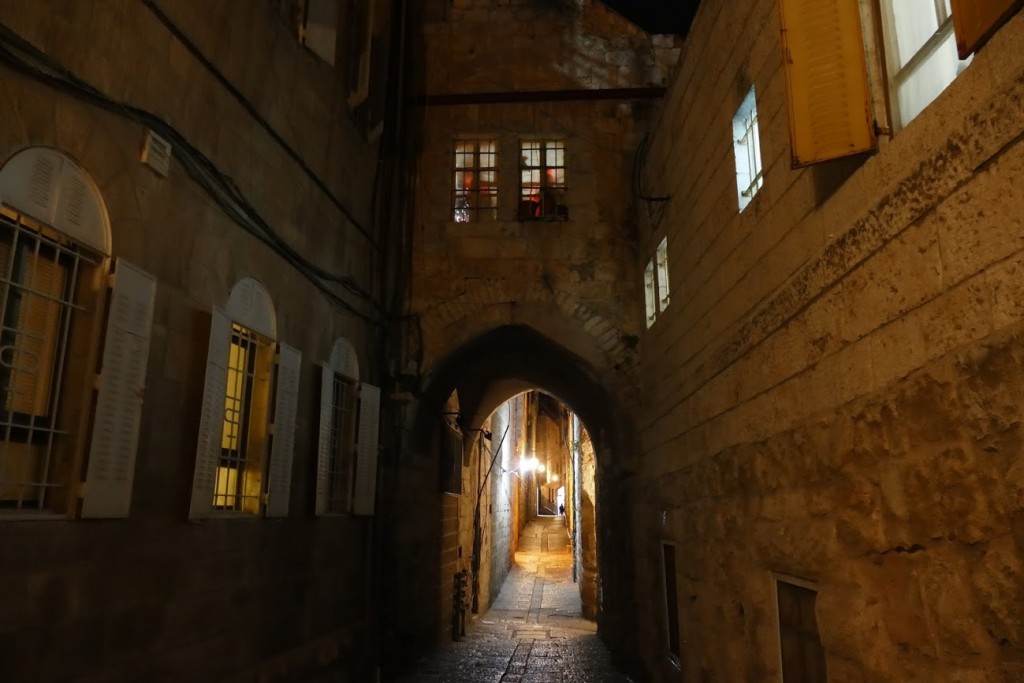 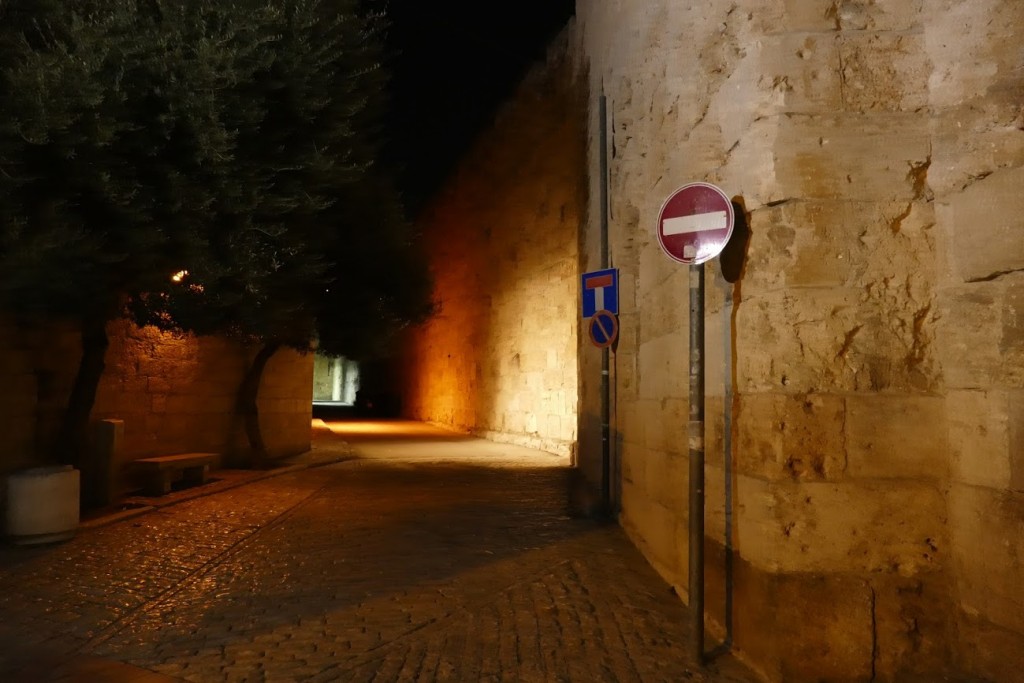 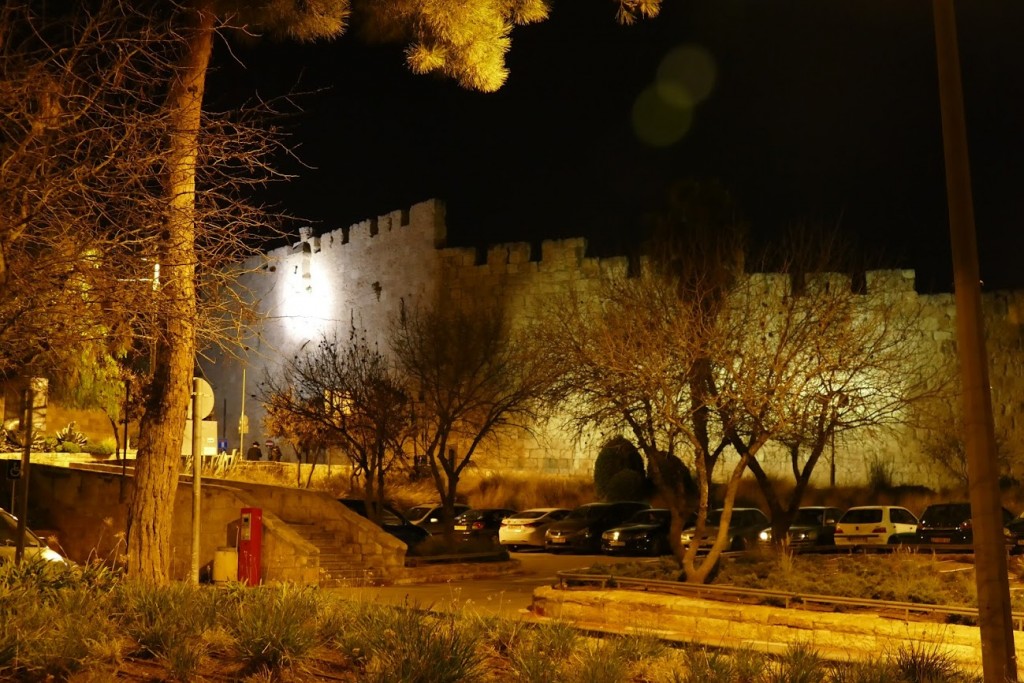 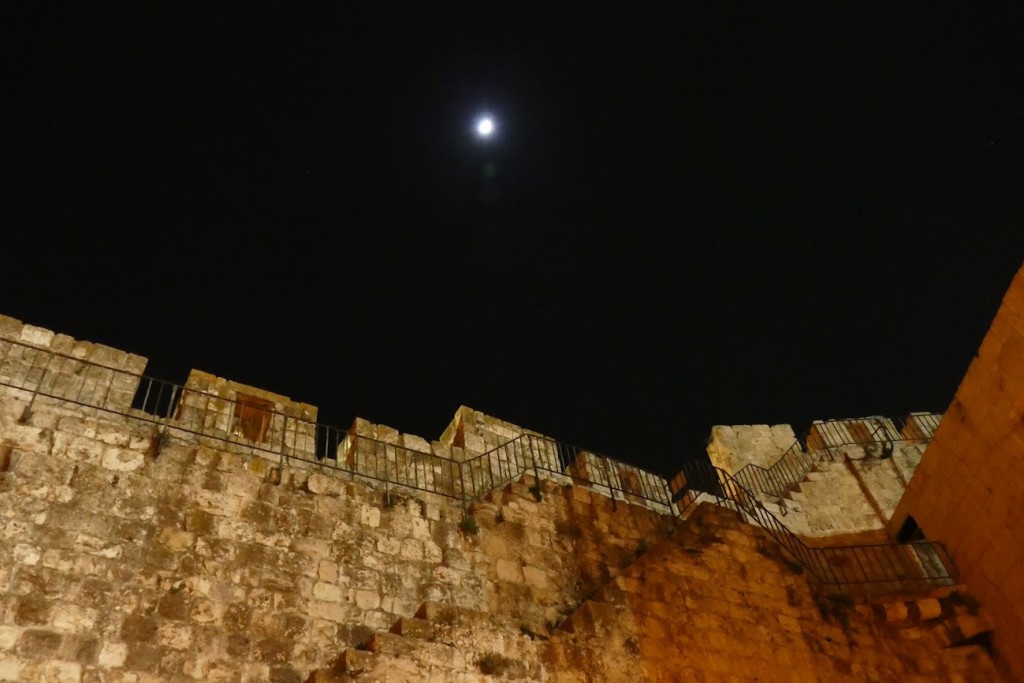