As we celebrate the 49th Jerusalem Day today anyone who was alive at the time will remember the emotional euphoria after hearing the famous three words in Hebrew, “Har Habayit Beyadeinu” (“The Temple Mount is in our hands”) uttered by Lt. General Motta Gur, the commander of the division that penetrated the Old City of Jerusalem. The iconic photo of the three paratroopers and the scenes barely a week later when multitudes of Jews from Israel and the Diaspora ascended to the Wall to celebrate the holiday of Shavuot are seared into our Zionist and Jewish consciousness. The multitudes in 1967, after the reunification of Jerusalem, did not find a mechitzah or an ultra-Orthodox controlled Wall,  rather they found a “Wall for all.” 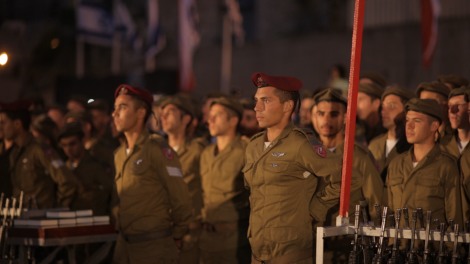 Paratroopers Swearing in at the Wall. Photo © “Beneath the Helmet”

Now nearly half a century later the story that Times of Israel reported that the plan approved by the Knesset to recognise the right of non-Orthodox affiliated and Open-Egalitarian Orthodox Jews to be able to pray at the holiest site for the Jewish people unmolested, with dignity and honour is coming under pressure by ultra-Orthodox members of the ruling coalition should be a cause of grave concern. The decision, passed in January, was long overdue and should be much welcomed. The Wall has for too long been under the exclusive control of the ultra-Orthodox faction of Judaism and has not been a Wall for all Jews.

One of the possible prime reasons for the phenomenon of secular Israeli’s disinterestedness and disconnectedness from religious ritual practice could be what amounts to a de facto detachment between the majority of the State of Israel’s Jewish population to its religious Jewish establishment. There is tremendous antipathy they feel, as secular Zionist Israelis, toward the State’s rabbinate. They view the rabbinate as a bastion of ultra-Orthodox, non-Zionist, non-IDF serving “men in black,” who alienate the majority of their potential constituents by being both incredibly out of touch and openly antagonistic toward any lifestyle that does not respond to their own. As Daniel Gordis observed:

The tiny women’s section, which is a fraction of the size of the adjacent men’s section, is an insult to women. (Similarly, the lack of any role for woman in a traditional Orthodox synagogue setting is clearly at variance with the rise of the professional woman in the contemporary period. Women are now astronauts, doctors, lawyers, Talmud scholars and heads of State.) In the twenty-first century there is a growing need of many religious women and men to readdress the role of women in Judaism. The gap between our social and ethical values and our synagogue lives is something that we should see as compromising our religious integrity. The proposed opening of the Western Wall extension will be a huge step in redressing this situation.

Prime-Minister Netanyahu’s support of what is known as the “Sharansky Plan” to extend the plaza of the Western Wall to include egalitarian services and services where women will be free to pray aloud and read from the Torah without fear from harassment was a welcome and positive step to making the holiest site of the Jewish people a place of tolerance, peace and harmony for all Jews.  He must have the courage to see it through to its ultimate implementation.