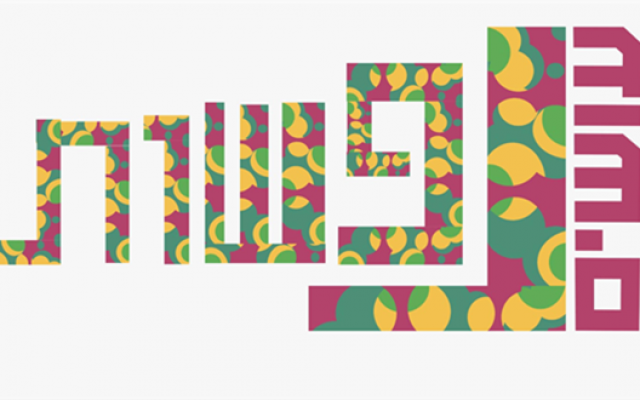 Osim Nefashot, a Jerusalem-based festival of mental health and the arts, 12 to 18 December 2021

Gone are the days when pilgrims flocked to Jerusalem three times a year for the pilgrimage festivals, but our streets are far from lonely and forlorn. Jerusalem has become the world capital of festivals in general, many of which are also holy in their way.

Some of Jerusalem’s festivals are run by professionals in public venues with at least a modicum of funding (probably not enough). I’m thinking of the 22nd International Oud Festival that’s coming up next week (I’m happy to promote it here because I already have my tickets!). 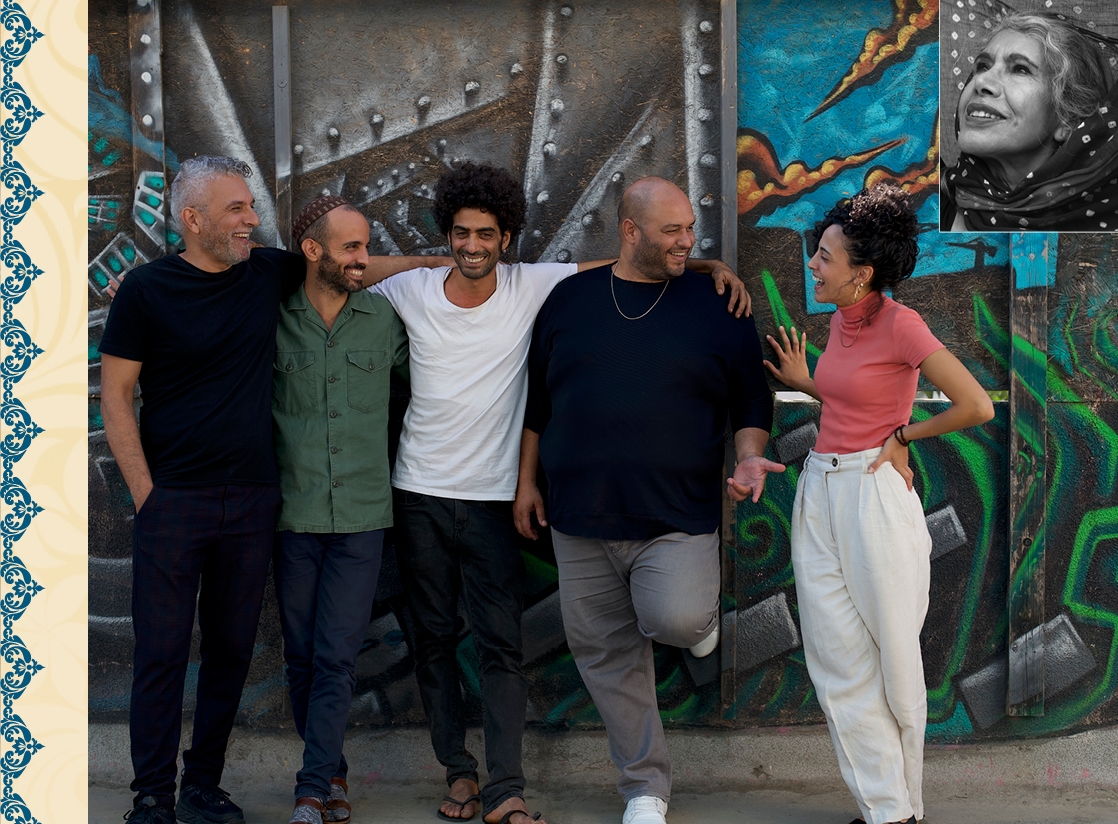 And I’m thinking of the Jerusalem Biennale that’s taking place in locations all over the city (a shoutout for ArtSpace, our neighborhood gallery in the German Colony). 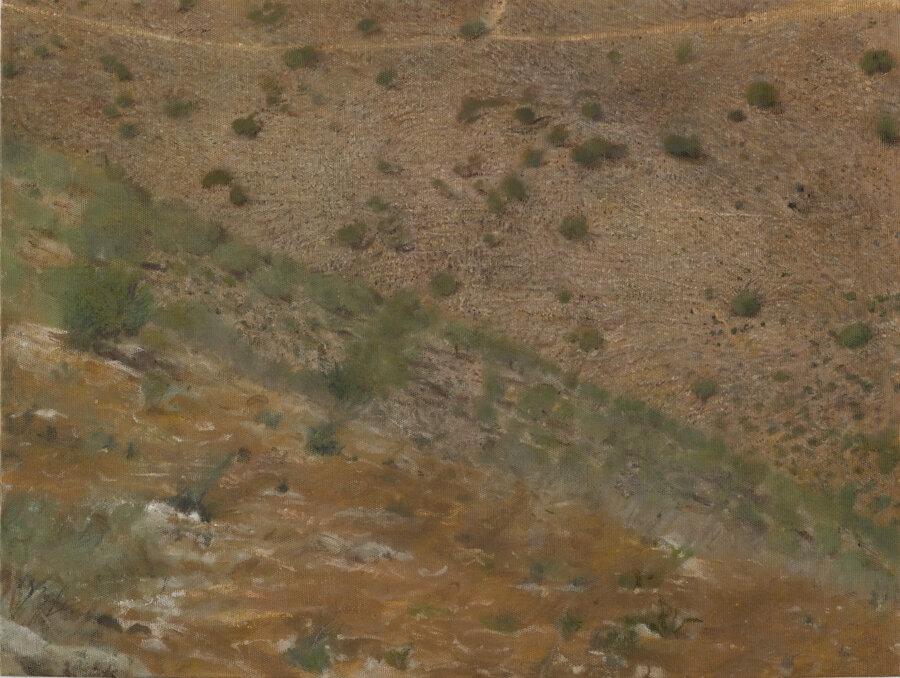 Other Jerusalem festivals are what we might nowadays call hybrid: a modest professional staff, with some funding, harnessing the boundless energy and enthusiasm of local volunteers. I’m thinking of Jerusalem Tolerance’s annual Tolerance Week, which just ended. 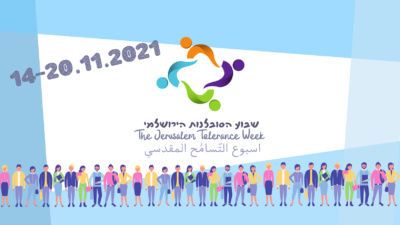 My contribution to this year’s Tolerance Week festivities was a grape leaf stuffing masterclass in our apartment, for Hebrew speakers who are learning or thinking about learning Arabic. It was taught in Hebrew and Arabic by traditional Palestinian master chef Magdah Elshane, using kosher ingredients prepared in our kosher kitchen. Magdah brought along a group of wonderful friends and family members so that her students could chat in Arabic as they chopped and rolled. Almost none of the 20 first-come-first-served participants knew each other, and I knew almost none of them. 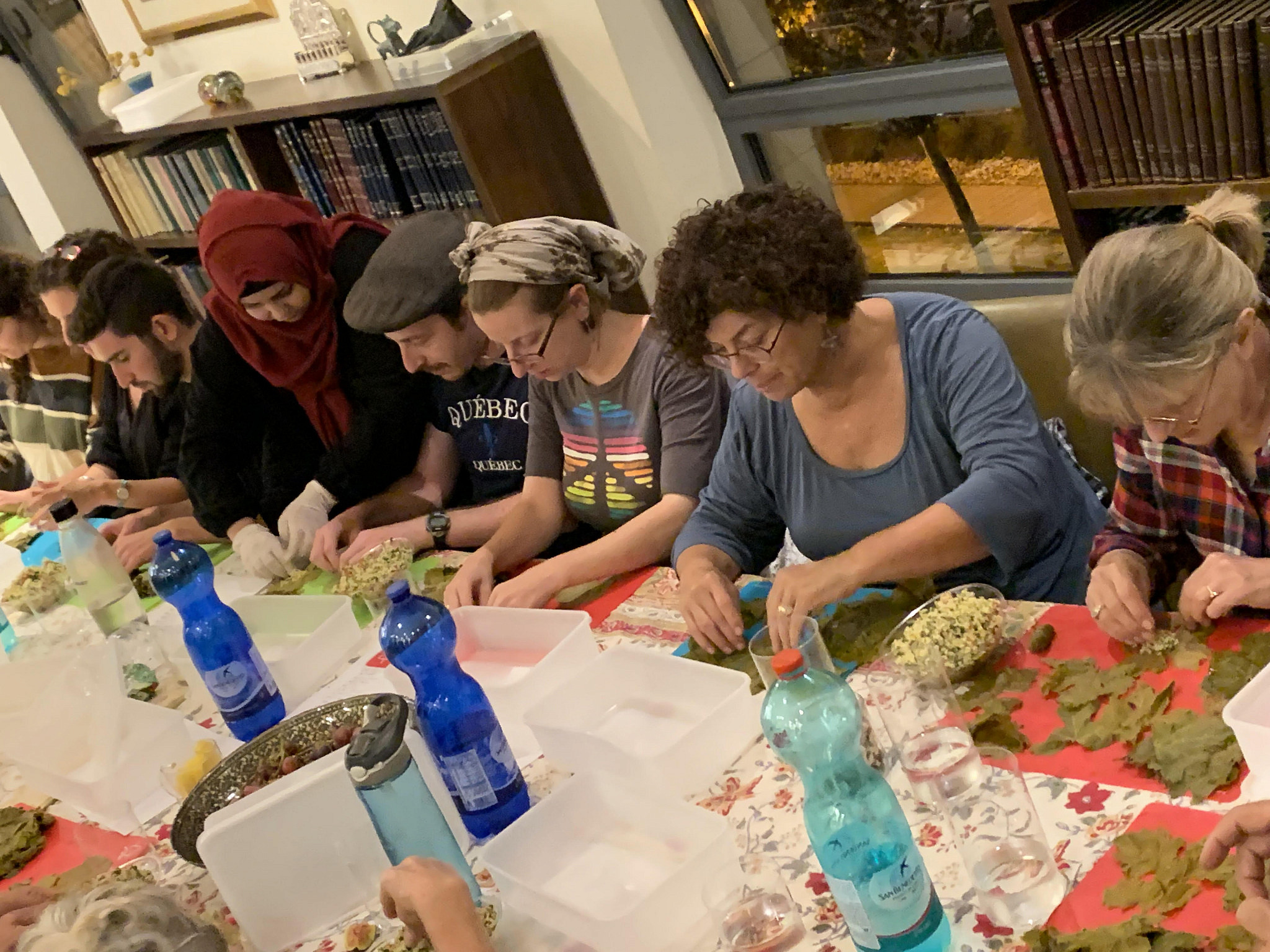 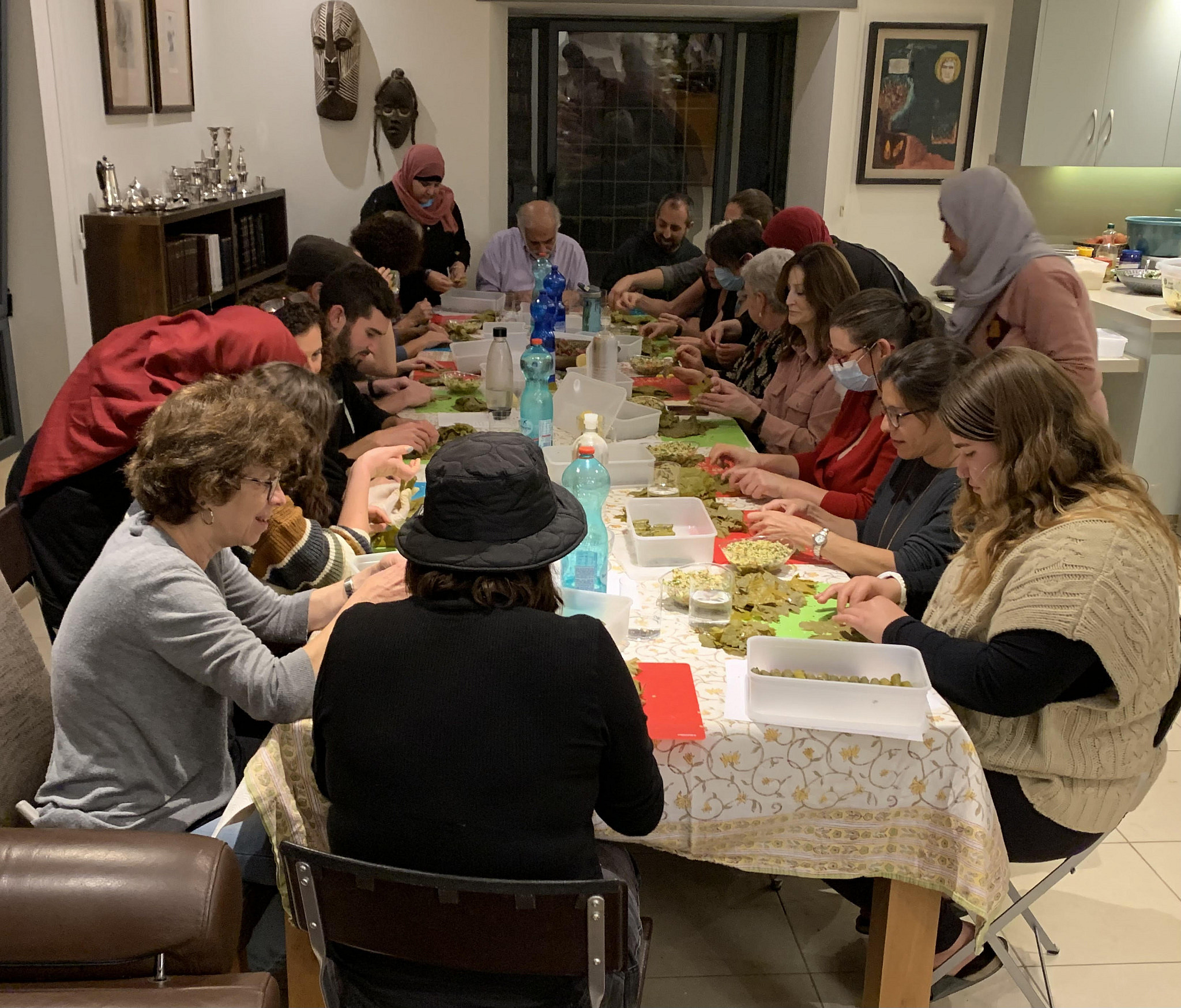 Still other Jerusalem festivals are almost completely grassroots. I’m thinking about Osim Nefashot (which doesn’t translate well into English, but means something like ‘making souls’), a festival of mental health and the arts that will take place in Jerusalem and beyond from 12 to 18 December 2021.

Like Jerusalem Tolerance Week, which takes place around International Tolerance Day (16 November), Osim Nefashot took a day, International Mental Health Awareness Day (10 October) and made it into a week. They also postponed it by a couple of months, I’m guessing because of those other chagim that take up so much of September and October!

Seeking to address the stigma attached to mental health and people coping with mental health issues, the Nefashot community set out to expand the conversation beyond professional organizations, and to create accessible and inviting spaces and platforms across Israeli society. They chose art and culture as their vehicle, and all events are initiated and produced by volunteers from the Nefashot community in collaboration with diverse organizations, communities, artists and creators. 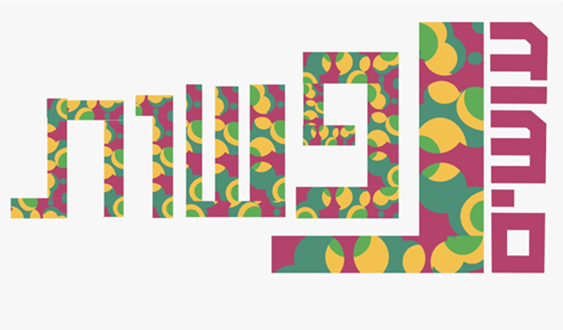 In 2020, the Osim Nefashot festival grew exponentially, driven by pandemic-related needs and online opportunities. One hundred activists from eight cities across Israel led 40 events, with 2,400 participants, at which discussion and encounter were generated by literature, dance, theatre, cinema, music, and visual arts. Two events were in Arabic, two in English and two were focused on the LGBTQ community.

I am not a member of the Nefashot community, but I heard about the festival from Daniel Hassan, the head of the Jerusalem Inter-Cultural Center, where Nefashot has a temporary base from which to organize this year’s festival.

When Daniel and I met, I’d just finished reading Jerusalem Beach, an astonishing collection of short stories by the astonishingly young and talented author, Iddo Gefen. Perhaps because the first story brought to mind a mental health tragedy that befell the family of a close college friend, I was struck by the powerful presence, throughout the book, of mental health in a variety of complex and unexpected manifestations. I decided to reach out to Iddo and ask him if I could interview him about his book for Osim Nefashot. 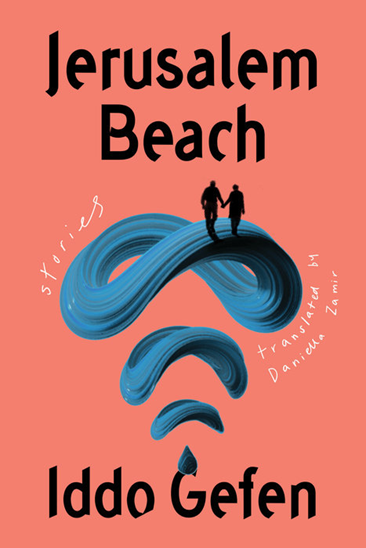 Iddo, a neurocognitive researcher at Tel Aviv’s Sourasky Brain Center who studies what we can learn about the human mind from storytelling, enthusiastically agreed. He’d done considerable research on mental health issues for the book, he said, but at that point, he hadn’t been asked to talk about it at any of his book events. (That may have changed; Iddo is now in the US for his book tour.) 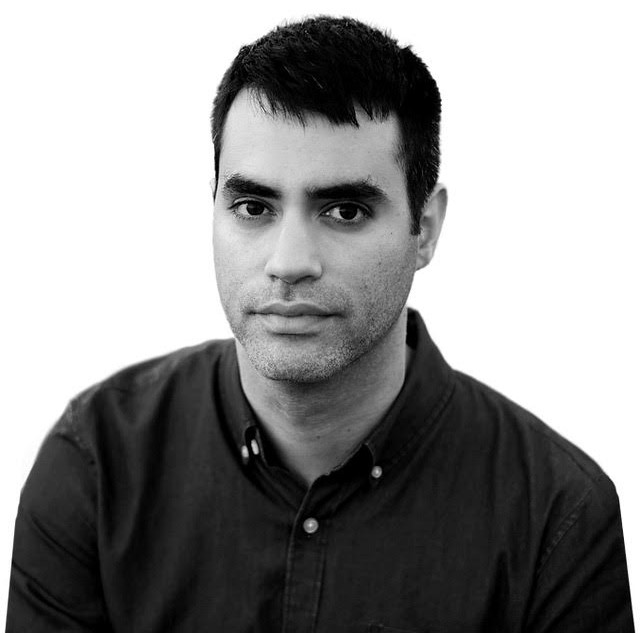 Other than that it manages to be both quintessentially Israeli and supernaturally universalist, I won’t say more about Jerusalem Beach here. I recommend instead an excellent review by fellow Times of Israel blogger, Ellis Shuman. You can read the book in its original Hebrew or in its recent English translation; for Jerusalem residents, both are available at Adraba, my favorite bookstore in all the world.

And if you’re in Jerusalem at 20.00 on Wednesday 15 December, and you have an evening to spare between festivals, you are warmly invited to come to our German Colony apartment to hear Iddo Gefen talk (in English) about how and why he represents depression, dementia, PTSD and other mental health issues in literature. Register here to attend in person or via streaming, or to request more information about the event, which is free and open to all. 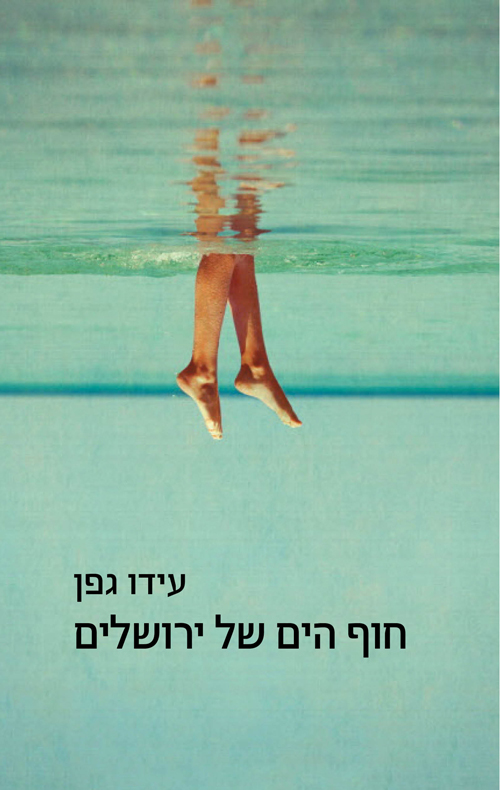 You can find details of other Osim Nefashot 2021 events on their website and their FB page.