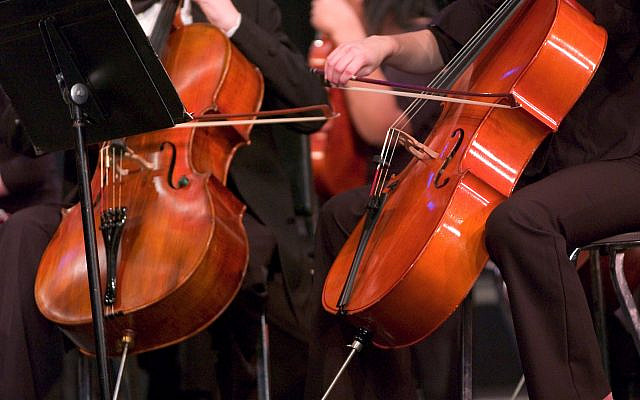 Stringing Along (Photo by John Siebert from FreeImages.com)

Breaking News – Jerusalem is in Israel, the Land of the Jewish People.

There seems to be no end to Britain’s hypocrisy. The Henry Wood Promenade Concerts, better known as The Proms, are an eight-week season of classical music concerts held every summer, in London’s Royal Albert Hall.

Last year, a pop singer, Lily Allen (don’t worry if you have never heard of her, neither have I), criticised the time-honoured songs, Rule Britannia and Land of Hope and Glory. “Sorry what? Britannia rule the waves… I think we should not sing this song anymore.” she wrote online.

Land of Hope and Glory also refers to the “might” of the former British Empire, which some people today find problematic.

This year has seen yet more controversy over the playing of Rule Britannia, traditionally part of the Last Night of the Proms. There have been demands to drop both Rule, Britannia and Land of Hope and Glory following the recent Black Lives Matter protests. There are concerns at the BBC about the songs’ associations with colonialism and slavery.

The BBC has insisted that even if these songs were dropped the event would still be “patriotic” because it would include a new arrangement of Jerusalem by Errollyn Wallen.

It is not clear how Jerusalem could be ‘patriotic’ for the United Kingdom. The BBC might not know but ‘patriotic’ is defined as ‘having or expressing devotion to and vigorous support for one’s country’. Jerusalem is the eternal capital of the Land of Israel and has nothing whatsoever to do with Britain.

The words of ‘Jerusalem’ are revealing:

I will not cease from mental fight,
Nor shall my sword sleep in my hand
Til we have built Jerusalem
In England’s green and pleasant land

London was founded by the Romans as Londinium. Its importance declined during the fifth century with repeated invasions by the Anglo-Saxons. A few centuries later the Vikings turned up. In 1067, the Normans invaded and conquered England.

The BBC would do well to remember the words of Benjamin Disraeli. When, in the House of Commons, he was attacked as a Jew he replied, ‘Yes, I am a Jew, and while the ancestors of the right honourable gentleman were brutal savages in an unknown island, mine were priests in the temple of Solomon.’

It would be interesting to see the reaction if a concert hall, full of Britons, were to be caught singing – Til we have built Mecca in England’s green and pleasant land. They might find that Britons are not the only ones who know how to use a sword.