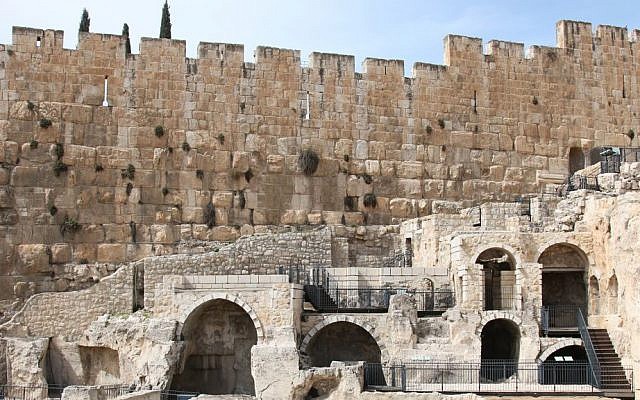 The news is now out that, notwithstanding campaign promises, President Trump will not immediately relocate the American Embassy to Jerusalem. Prime Minister Netanyahu has apparently been notified, and he concurs that this is not the time to make that physical move.

There is, however, one step that would have to be taken before the embassy is ever located in Jerusalem that the President can take all by himself. He can and should take it when he arrives in Jerusalem on the 50th anniversary of the unification of the City. President Trump can, while in Jerusalem, put his signature on a document that says that all of the City of Jerusalem is within the State of Israel.

In Zivotofsky v. Kerry, a case finally decided in June 2015 that our family law firm brought and litigated pro bono for 12 years (with two oral arguments before the Supreme Court), a majority of the Court, including Justices Kennedy, Ginsburg, Breyer, Sotomayor, and Kagan, stated definitively and unqualifiedly that “the power to recognize or decline to recognize a foreign state and its territorial bounds resides in the President alone.”

No United States president before June 2015 had formally recognized Jerusalem as being within the State of Israel. So a majority of the Supreme Court, including its three Jewish Justices, barred implementation of a law enacted by an overwhelming vote in 2002 that directed the Passport Office to permit US citizens born in Jerusalem to designate “Israel” as their place of birth on US passports. The Court’s majority said that the law “infringes on the Executive’s consistent decision to withhold recognition with respect to Jerusalem.”

The Supreme Court’s unambiguous majority conclusion in the Zivotofsky case means that no living human being other than Donald J. Trump has any authority whatever to decide for the United States whether the City of Jerusalem is inside the State of Israel. Neither Congress nor any court in the United States may constitutionally overrule, interfere with, delay, or second-guess the President’s pronouncement. He has the sole constitutional power to announce “alone” whether the United States officially recognizes Jerusalem as within the “territorial bounds” of Israel.

The Justices of the Supreme Court that President Trump probably most admires – Chief Justice Roberts, the late Justice Scalia, and Justice Alito – dissented in the Zivotofsky case. They would have upheld Congress’ recognition of Jerusalem as within Israel.

During my daughter Alyza’s oral argument of the case and during Solicitor General Verrilli’s presentation, Justice Samuel Alito pointed out that, in reality, Israel exercises governing authority over the City of Jerusalem. If the American Embassy is ever to be moved to Jerusalem, a prior Presidential declaration that the city is “in Israel” is probably essential. It would make no sense to move the United States Embassy to a city that is not even, according to official American policy, in Israel.

If President Trump signs such a declaration, the law that Congress enacted in 2002 directing the Department of State to imprint “Israel” on US passports as the place of birth of American citizens born in Jerusalem who want to have that place-of-birth designation will come to life from the constitutionally dead. Indeed, under current Passport Office policy that directs the country of birth to be shown on US passports, “Israel” will automatically become the official country of birth of Jerusalem-born citizens, just as it now is on the US passports of American citizens born in Tel Aviv, Haifa or Beersheba.

The ball is now exclusively in President Trump’s court. The Zivotofsky decision – which we initially believed to be a surprising loss – can now be the basis for a constitutionally binding declaration of Israel’s sovereignty over the City.

The author is a lawyer with the Washington law firm Lewin & Lewin LLP that represented Menachem Zivotofsky in the 12-year lawsuit argued twice in the Supreme Court. He has argued 28 cases in the Supreme Court and is on the Adjunct Faculty of Columbia Law School.