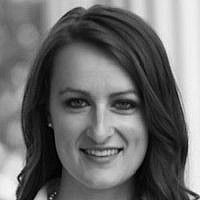 The Blogs
Cheyenne Plott
Apply for a Blog
Please note that the posts on The Blogs are contributed by third parties. The opinions, facts and any media content in them are presented solely by the authors, and neither The Times of Israel nor its partners assume any responsibility for them. Please contact us in case of abuse. In case of abuse,
Report this post.

Fifty years ago this week, the famed “Yerushalayim shel zahav” (Jerusalem of Gold) was reunified during the Six Day War.

While living in Jerusalem last year, I experienced this special day, Yom Yerushalayim (Jerusalem Day), firsthand. This year, however, I experienced it from my home region of middle Tennessee, in what some call the heart of the Bible Belt. Although there’s nothing like being in Jerusalem itself to celebrate Jerusalem Day, being in Tennessee illuminated the depth of Christian support for Israel that still exists in America.

Jerusalem Day is one of the most energetic Israeli holidays. I remember walking down Jaffa Street toward the Old City and seeing hundreds of young people dancing down the street and wearing Israeli flags as capes. Old and young alike were out and about in the city, and there was an almost electric feeling in the air. 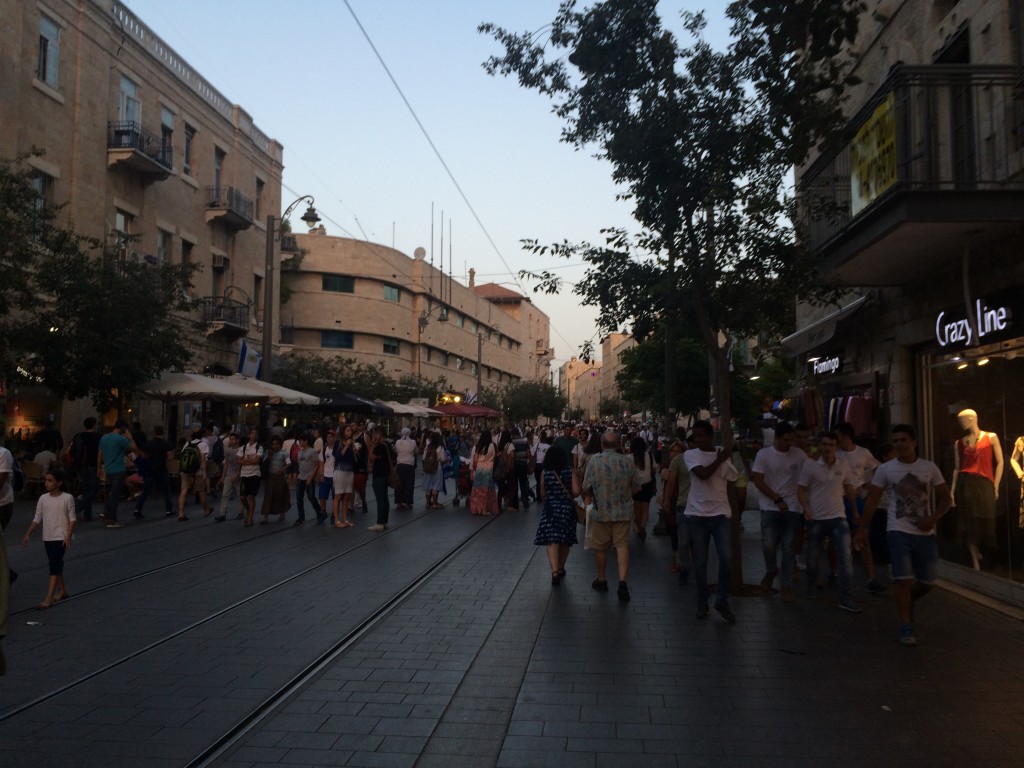 My intention was to visit the Western Wall, but when I reached the Old City, the narrow streets were so packed that I couldn’t even move. For about five minutes, a couple hundred other people and I were at a standstill in the Armenian quarter – no one moving in any direction. Finally, a flowing channel broke through, but I decided to celebrate Jerusalem Day in the newer (and slightly less crowded) part of the city. 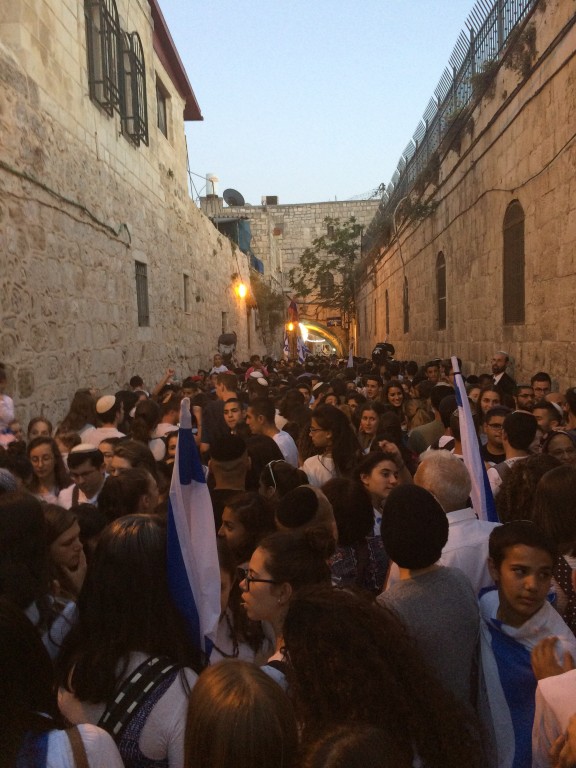 Despite the inconvenience, I was amazed to see how seriously this day is taken in Israel and inspired to see the collective joy of the Israeli people all throughout the city.

“Why can’t America’s victories be celebrated with such joy?” I thought to myself. In America, we do not stop to collectively remember and celebrate specific military victories, so the Jerusalem Day celebration was refreshing in this regard.

But what does Jerusalem Day look like when you’re in Tennessee?

Since this is the Golden Anniversary of the reunification of Jerusalem, a documentary called “In Our Hands: The Battle for Jerusalem,” produced by the Christian Broadcasting Network (CBN), played across the US for one night.

The moral of the story is: When you go see a documentary about Israel in the heart of the Bible Belt, buy your tickets in advance. It will sell out.

Fortunately, I did purchase my ticket in advance. The theater I went to was completely packed, almost like that narrow street in the Old City I encountered last year (but of course, with the addition of American personal space and Southern politeness).

Unlike the predominantly youthful crowd in Jerusalem last year, the mode age of the audience in the theater was about 65. The audience was filled with Americans who would have remembered when the Six Day War happened and who probably saw snippets of it on the news.

I was one of a handful of millennials in the audience, and it made me realize that my generation does not know a time when the Old City was not accessible to the Jewish people or when a unified Jerusalem was not part of Israel.

When young people take trips to Israel today, it’s a given that they will visit the Western Wall, perhaps roam through the Western Wall tunnels, eat pizza in the Jewish quarter, go shopping in the other quarters, etc.

But the Six Day War reminds us that this was not always possible.

It’s crucial for my generation to learn the truth about Israel’s history. The older generations of Americans still, for the most part, support Israel unequivocally. The battle is with the younger generation.

What we need are more violins. The lyrics of the song “Yerushalayim Shel Zahav” impart the desire to be a “violin” for all the songs of Jerusalem – an instrument to express her beauty, a voice to tell of her stories.

As I’ve learned, being this voice doesn’t necessarily start it Jerusalem – it can start in your own backyard. Perhaps when I tell of Jerusalem’s stories, it will sound more like a Tennessee fiddle than a violin.

About the Author
Cheyenne is an American Christian who strongly supports Israel and the Jewish people. She earned her M.A. at the Hebrew University in Jerusalem and currently resides in Washington, D.C.
Related Topics
Related Posts
Comments