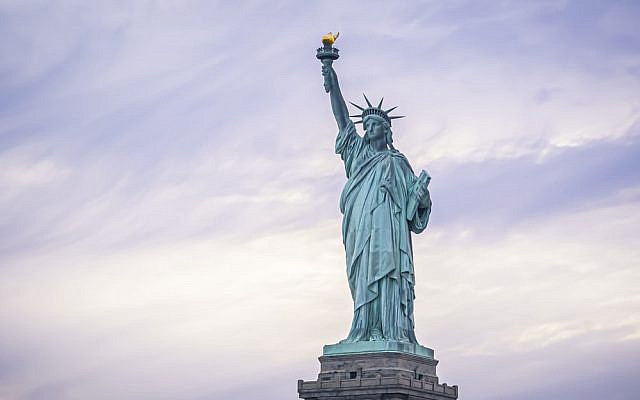 Truthfully, it gets tiring writing essays that you know most Jewish readers won’t understand. Not because the writing isn’t clear, or because the concepts are too deep, but because of the general stupor caused by the exile, and by the spiritual, mental, and cultural pollution found in foreign, Gentile lands. I do not mean to disparage the Gentiles. Hashem created them and gave them lands of their own where they rightfully belong. In contrast, Hashem gave the Land of Israel to the Children of Israel, and we belong here. Rabbi Kook writes in his book, “Orot,” that the intellect and thought processes of a Jew in the Land of Israel are lucid and clear, capable of grasping Divine Truth, while a Jew’s mental capacities in foreign lands are muddled and confused by the impure spiritual and cultural environments found there. “Because the intellect and faculty of imagination are bound together, the intellect of a Jew outside of the Land of Israel is incapable of being illuminated with the light which exists in the Land of Israel,” (Orot, Eretz Yisrael, 5).

The renowned Torah scholar, the Ramban, in his commentary on this week’s Torah portion of Achre Mot, explains that in creating the world, God assigned angels to rule over the nations of the world. Only in the Land of Israel is the kingship of God direct, without having to pass through an alien celestial channel. In effect, when a Jew prays in the Diaspora, his or her prayers rise, so to speak, to the lower level of the celestial angel who presides over the nation in which the Jew resides in his temporary sojourn away from the Land of Israel. In Kabbalistic terms, this spiritual interference accounts for the impurity and cultural confusion about which Rabbi Kook writes. This “static on the line” causes a Jew in America to identify with America and its American culture, and a Jew in France or England to identify with the identity of the culture around him. Thus, the Jew’s inner Israelite essence is clouded, and the Jew forgets that he is a stranger in a strange and foreign land, and that he is, in fact, a displaced Israelite with Israelite genes, carrying a foreign citizenship card, but not a native American, (Ramban on the Torah, Achre Mot, 18:25).

For example, what is the meaning of the term Jewish American? The noun is American. The adjective, Jewish, comes to describe and define what type of American. The principle identity is American. Jewish is merely a description, like in the expression, “The White House.” The main thing is the house and what goes on inside it. The word white is merely a qualifier describing the outside color of the building. The term Jewish American means an America whose cultural background, religion, and historical roots is Jewish. Interestingly, the word Jewish doesn’t appear in the Torah. It refers to members of the Israelite nation, the “Children of Israel,” who were cast into exile, outside of their Homeland. The term, “Jew” or “Jewish” was adopted by non-Jews to describe the people who were exiled from the land of Judah, such as in the case of Mordechai “the Jew.” The religion and cultural background of outcasts from the land and tribe of Judah was termed “Judaism.” Thus, outside of his homeland, an Israelite became known as a Jew, and his or her religion was termed Judaism, or, with the elongation of the exile and its inevitable cultural assimilation, Judaism gave way to the more general classification of “Jewish.” Over centuries of dispersion as strangers in alien lands, without their own country and national identity, the “Jewish People” forgot that they were Israelites, and they began to identity with the nationalities of their lands of wandering, thinking themselves to be Germans, and Russians, and Americans – Jewish minorities in the lands of other nations. This confusion was exacerbated by the emancipation, when Jews could leave the ghetto and become citizens of foreign countries. Naturally, when a Jew was born and raised in France, speaking French at home and at school, studying about French history and culture, going to French movies, and identify with French heroes and celebrities, the exiled Jew began to think he or she was French like everyone else. And so the French Jew was born, the Jewish Frenchmen, and the Jewish Englishmen, and the Jewish German – until the inevitable day when the real Germans reminded the Jews that they weren’t a part of the German nation at all. Thus, the notion that there is something called “Jewish American” is a misnomer, when, in fact, the Jew in America is more truly an Israelite who has been exiled to a foreign land.

What then is “Jewish American Heritage Month?” If there is such a thing as Jewish American Heritage, it is a heritage of less than 400 years. What about the 4,000 years of Jewish History preceding the arrival of the Jew in America? What about the American Jew’s true Israelite history, culture, language, and Israelite homeland. What is the Jew to celebrate during the month? The great achievements of Jews in show business? Jack Benny, Ethel Merman, Al Jolson? Certainly, Jews have contributed to the heritage of America in a plethora of fields, including science, medicine, economy, politics, and the Arts. But all of this belongs to America. Understandably, when the President of the United States proclaims, in a speech filled with praise, that the Jews are to be awarded with a Jewish American Heritage Month, the Jew is filled a feeling of acceptance and experiences a boost of pride in his American identity, which further clouds his or her thinking, leading the Jewish American to forget that a Jew’s true nationality isn’t American at all, and to forget that he or she is merely an immigrant in American, a foreigner who has been exiled from his homeland – the Land of Israel, to which he is destined to return, whether of his own free will because he hears the prophecies of the Torah calling the Children of Israel to return to their Land, or whether from the dangers of Corona, or in flight from the hungry and out-of-work American rabble who will blame the Jews when the economy and culture of America crumbles under the devastation of the virus, or for whatever other Divine Visitation which God chooses.