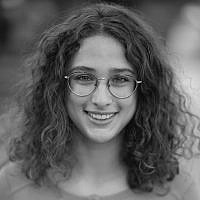 The Blogs
Meira Geyser
Apply for a Blog
Advertisement
Please note that the posts on The Blogs are contributed by third parties. The opinions, facts and any media content in them are presented solely by the authors, and neither The Times of Israel nor its partners assume any responsibility for them. Please contact us in case of abuse. In case of abuse,
Report this post. 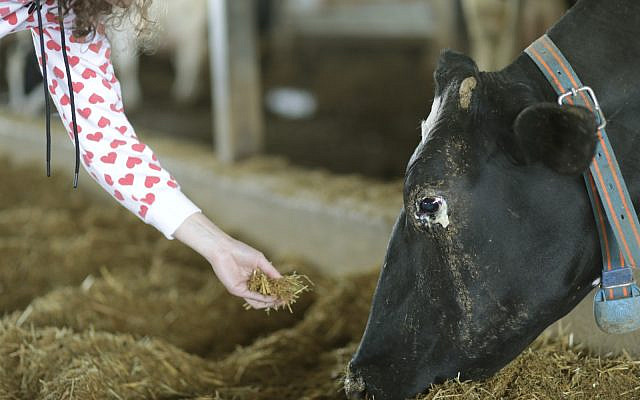 As Kapparos, comes closer, the Jewish community is once split again by the question: should chickens continue to be used or not? Those who do not see a reason to stop using chickens for the ritual ask why it is even necessary to bring up this conversation. “We’ve been doing it for generations,” they say.

To my fellow Jews: Let this be a reminder that just because our community has been doing something doesn’t make it right or even that things haven’t changed since it’s beginning. Whether it’s animals commodified in animal agriculture or chickens used during Kapparos/Kapparot, the reality is that now we have the science & knowledge to back up that what is happening to animals currently is that of suffering & anguish.

Because of this, we have to reassess what’s been done/going on. Not just for the animals’ wellbeing, but according to Halacha (Jewish law), too- when new information is presented that can shine the light on potential violations of Jewish law, we should not be turning away.

Is the thought of our community being capable of mistakes & improving something we don’t want to look at?

Why would that be? We know Hashem (Gd) doesn’t create anyone perfect. So how could our communities be ones of perfection? Just like with humans, we are supposed to keep striving to improve, addressing & working on issues.

Sadly, it seems when the issues of animal suffering & potential Halachic (Jewish law) violations are brought up, the automatic response from community members & leaders alike it to either turn a blind eye or try to attempt justify it by pointing a finger at “worse issues.”

On top of that, because of how they are treated, several issues arise with Jewish law- one being the commandment of Tzaar Baali Chaim (to not cause unnecessary animal suffering) & “Tzmikas haRaiyah” -shrinking of the lung, which can be caused when chickens experience fear & can lead to violations of multiple laws.

There are other potential violations of Jewish laws that can come into play during Kapparos:

It’s on us, members of the community to take a stand. Take a stand for animals’ wellbeing. Take a stand for the importance of improving oneself & one’s community. For us to not turn a blind eye to serious issues because we’d rather not take a look, but rather specifically raise the issue.

Jews will be gathering in Brooklyn this Kapparos to speak up for chickens used this year & to create that dialogue in the community. If you would like to join, more information can be found here.

Take a stand this year & join the conversation to better improve our community!

About the Author
Meira Geyser is the founder of the Jewish animal rights organization, Tikvah For Animals. Having experienced antisemitism in the movement, Meira now works to create change within the Jewish community & empower fellow Jews to speak up and take action.
Related Topics
Related Posts