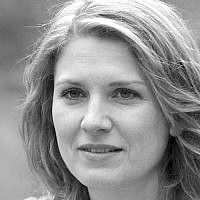 The Blogs
Colette Murphy
Apply for a Blog
Please note that the posts on The Blogs are contributed by third parties. The opinions, facts and any media content in them are presented solely by the authors, and neither The Times of Israel nor its partners assume any responsibility for them. Please contact us in case of abuse. In case of abuse,
Report this post. 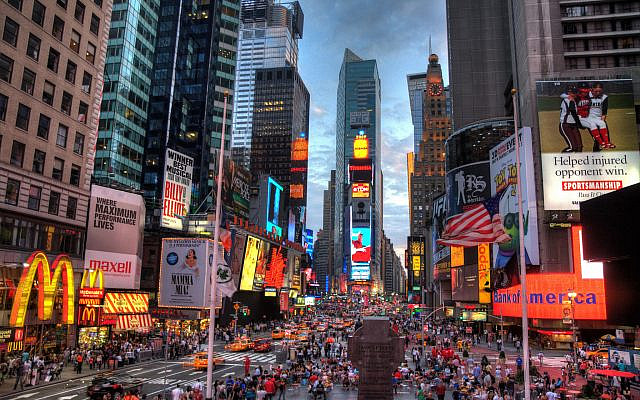 New York City, the Big Apple — it has a reputation that can seem larger than life, and over the course of its history, it has only proven to become more influential, dynamic, and multi-cultural with each generation. Some would call it the heart of the country; after all, it’s the city that doesn’t sleep, but just how did it build such a legendary spirit and persona that is recognized all around the world?

Look no further than New York’s vibrant Jewish community. This is a community that has continually influenced mainstream New York culture in countless ways, both in the past and the present.

New York Liberalism – You Have the Jewish Community to Thank

One of the greatest features of New York City is its liberalism. It is a city where people are free to follow their dreams, passions, and hobbies and be open about their feelings. This can be traced back to the European-style social democracy that was pioneered by Eastern and Central European Jews who immigrated to the city. The results can be seen in the amount of public housing, cooperative health insurance plans, cooperative housing, and even municipal hospitals.

The Jewish Community Injected Comedy into the City

Then there is the comedy scene in New York City, which also has a very strong connection to the Jewish community. There are such big names as Joan Rivers, who of course paved the way for female comedians not just in New York City but the country and the world, Billy Crystal, Adam Sandler, Jerry Stiller, Ben Stiller, Milton Berle, Bill Maher, Jerry Seinfeld, Mel Brooks (another pioneer of comedy as we know it), Andy Kaufman, Carl Reiner, Larry David, the list goes on and on.

Each of these people has added to the comedy scene in a significant way, shaping the entire trajectory of the industry. They all have a very unique brand of humor that doesn’t just resonate with the Jewish community, but the community as a whole.

American Modern Artists – Look No Further than the Jewish Community

The Jewish community also made its mark on the fashion scene more than 100 years ago. In fact, many would credit the whole “preppy look” on the Jewish community. Preppy fashion, in fact, came from Jewish immigrants who found a way to take the traditional WASP style and make it something that was embraced by New York City and America as a whole.

Look no further than Ralph Lauren, a Jewish boy who grew up to be a fashion designer that would shape the world. It didn’t stop with him, as there have been plenty of others including famed designer Isaac Mizrahi.

And it doesn’t stop there; the Jewish community has also made its mark on the movie scene – hello Woody Allen, science, and even the food industry – bagels and lox is a fabulous example. It’s a vibrant and proud community that has truly shaped the city.

About the Author
I grew up in New York with a Jewish mother and an Irish-American father. My upbringing wasn't typical of a Jewish or Irish childhood but rather an amalgamation of both. I believe this allowed me to see things from a unique perspective. I hope you enjoy my writing.
Related Topics
Related Posts
Comments