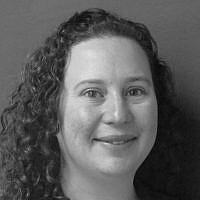 The Blogs
Sivan Zakai
Apply for a Blog
Advertisement
Please note that the posts on The Blogs are contributed by third parties. The opinions, facts and any media content in them are presented solely by the authors, and neither The Times of Israel nor its partners assume any responsibility for them. Please contact us in case of abuse. In case of abuse,
Report this post.

As the cease-fire between Israel and Gaza maintains its tenuous hold and life in Israel returns to relative calm, we continue to mourn the human casualties of this latest conflagration. But there is another, less discussed casualty of the hostilities, not one suffered by Israelis or Palestinians, but by American Jewish education. The damage was inflicted in heated battles like the Gordis-Brous controversy that raged in Jewish newspapers and social media outlets, as public intellectuals and private citizens jumped to condemn the positions other Jews expressed about Israel. Caught in this unfriendly verbal crossfire were Jewish educators and their students across the United States.

The adage, “anyone to my right is a lunatic and anyone to my left a heretic” has taken on new venom, and the poison is afflicting Jewish teachers and students. In print and online, Jews on the left have been excoriated as traitors or self-hating Jews, while Jews on the right have been castigated as racists or immune to the suffering of others. It has not taken long for this kind of toxic language to have a stifling effect in Jewish classrooms, where teachers and students are increasingly wary of speaking about Israel lest they find themselves the brunt of such criticism.

To illustrate, I share with you three true anecdotes about the Jewish educational settings I encounter as a teacher educator and scholar of Israel education. As rockets were raining down upon Israel, a talented religious school teacher knew she wanted to speak with her students about the situation, and yet she worried about the turn the conversation might take. “When talking about Israel,” she explained to me, “I no longer feel comfortable being the only adult in the room.”

Like sex education teachers who know it is always safer to have another adult witness lest conversations with students be misconstrued, Jewish educators are now carefully monitoring their words about Israel lest they be accused of betraying Israel or Jewish values. These fears carry a steep price. When this teacher’s colleague was unable to join her in facilitating a conversation about Israel, she admitted, “I found myself with very little to say when faced with the opportunity to have a class dedicated to talking about Israel.” And so, she continued with her regularly scheduled curriculum and her students did not discuss Israel at all. Classrooms of students are not even talking about Israel because their teachers are hesitant to enter the fray of a public discourse that is so vitriolic.

Educators in a variety of settings are beginning to self-censor to avoid being criticized for their beliefs about Israel. A Jewish Studies professor recently shared her fears about expressing her opinion about Israel in public forums. “I’m scared of being effectively blacklisted,” she wrote. As a scholar and expert about Jewish topics unrelated to Israel, she is asked to speak at synagogues and organizations of all denominations and political orientations. If she makes public comments about Israel, she worries, “I’m afraid that I’ll be passed over in favor of other speakers.” And so she remains silent.

Any market-place of ideas benefits from a variety of opinions, and we should be encouraging diverse voices, especially among those who teach our youth. But recent public discourse has made no room for civil disagreement, causing skilled Jewish professionals and intellectual powerhouses to shutter their windows.

Perhaps most troubling of all is the story of Dina, a high school junior at a Jewish day school. Born in Israel and raised in the U.S., Dina refuses to even mention the word Israel. This is because, as Dina explained, “Israel is such a touchy issue in our school.” Dina fears being ostracized by peers who disagree with her opinions about Israel. “I know this is terrible,” she admitted, “but I try to avoid conversations about Israel with other people in the school.” She, and classmates of hers who identify with both the right and the left, whisper in hushed voices to trusted adults, but do not speak with one another about Israel out of concern for the social stigma that would come from openly stating their positions.

Many of today’s American Jewish youth and, increasingly, the educators who are most qualified to teach them about Israel, are opting out of the conversation. This new reality should give pause to all those who care about the State of Israel and the future of its relationship with American Jews. For today’s youth are tomorrow’s leaders, and if they are unwilling to discuss Israel – or unable to because those tasked with educating them have avoided the topic – then there can be no lasting relationship between American Jews and Israel. Creating a more civil discourse among Jewish adults would go a long way towards preventing further collateral damage.

Here is “Heartache – A Message from Rabbi Brous,” that was posted at IKAR

About the Author
Dr Sivan Zakai is Director of Research & Teacher Education at the Graduate Center for Education at American Jewish University.
Comments