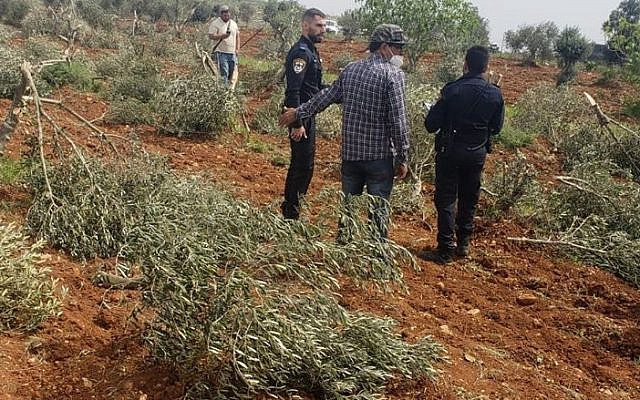 This week’s double Torah portion, Tazria-Metzora, begins with the laws of purification. The portion proceeds with the rules concerning various skin afflictions, and proceeds to eruptions in garments. In Metzora, we will also learn about eruptions afflicting the walls of houses.

I will put aside the question of why a woman is “impure” for 33 days after the birth of a male child, and 66 after the birth of a female child. I will only note that there are many theories as to what “tameah” means, and that we shouldn’t think of it as having the moral implications we might associate with “impure” today. Ibn Ezra actually argues that damei taharah does not mean that the woman is impure or can defile, but that her blood is clean and pure. More seriously, only the male child is brought into the Covenant via brit milah- covenantal circumcision. Today many Jews choose to perform rituals also welcoming their female children into the Covenant. I will also note that this is one more example in which one’s financial means are taken into account in terms of the sacrifice to be brought afterwards.

What I find interesting is that childbirth is a universal human phenomenon, and here the Torah gives us a particularistic way of dealing with the universal – purification, sacrifices and “brit milah” – male covenantal circumcision.

How do we insure that our particularity is our bridge to humanity, and not a wall dividing us? Can we celebrate life’s milestones in a way that grounds us in a Jewish understanding of the world, and also allows childbirth to remind us what we share with all humanity?

If the coronavirus should remind us in a negative way that what unites us is more important than what divides us, childbirth should do so in a joyous way.

Farming and shepherding can also connect us to what unites us as a human family. We all derive sustenance from the earth, and need to do so in a sustainable way. Sadly, we know that there are those who are destroying the Amazon rainforests, raping the earth to make a profit from farming. Here, many believe they must deny the connection of others to the Land, in order to strengthen ours.

Currently, Israel’s army, by dint of the Morar High Court ruling I was very instrumental in, is scheduling and guarding Palestinian farmers who need to plow their lands where they cannot do so without protection. There are Israelis who try to prevent the farmers from doing so, sometimes quite violently. There are nevertheless a number of reports of Israelis attacking Palestinian famers this year, even on those days when the army was there to provide protection.

On Holocaust and Resistance Remembrance Day this week, Jews committed hate crimes. I have no other way of describing it. The way this event was reported in the radical settler news site, “HaKol HaYehudi,” succeeded in astounding even me as to just how differently we could view the same event. (HaKol HaYehudi by no means represents all settlers, but reflects a worldview that is gaining adherents, and is not sufficiently opposed by other settlers.)

On Monday, the day before Remembrance Day, the first of three days the farmers from Mreyer and Turmosaya were being protected while plowing their lands, they discovered destroyed trees they hadn’t known about. It had not been possible for them to access their lands since the army guarded them to pick their olives in November. Not all settlers are violent, but I know just how violent settlers are in this area.

A few months ago the villagers of Mreyer saw from afar the settlers of the Adei Ad outpost clearing their trees to make way for additional building. Because the army was not satisfied with pictures taken from the opposite hilltop, I tried to drive closer. One Israeli came after me with a pickaxe, while others hit my car with rocks.

Several times I communicated with the army because, despite the presence of soldiers, the settlers succeeded in attacking, throwing stones at tractors, and damaging at least one. After bitterly protesting that the army that allows them to continue living on private Palestinian land, is actually discriminating against them by protecting Palestinian farmers to farm “Jewish land,” Kol Yehudi reported “Local residents arrived and protested against the incursion of Arabs onto farmlands next to the settlement.” (My translation from the Hebrew.) Hebrew readers can click here for the full article.

I arrived home to watch the opening ceremony of Remembrance Day. In his address, President Rivlin said, “The current plague capturing the attention of the entire world, is a war against an enemy that is not human, and invisible, and doesn’t distinguish between one person and another, only serves to emphasize everybody’s collective responsibility to exhibit human solidarity and mutual responsibility, and to fight uncompromisingly against anti-Semitism, and the hatred that also spreads like a infectious disease between people.” (My translation)

One might think that the army might have realized that what had happened that day mandated extra protection for those groves. However, when the farmers returned the next day, they discovered some 35 trees newly cut down.

This means that the perpetrators did this on the night of Holocaust and Resistance Remembrance Day, thereby desecrating God’s Name and the memory of the Holocaust by perpetrating acts of hatred of others, based on the belief in the superiority and privilege of the Jewish people. While the Occupation is not anything like the murderous genocide of the Holocaust, cutting down those trees was based on the very hate that we as Jews have a special obligation to combat, in addition to our obligation to protect ourselves from Antisemitism. For all too many, the holiness of the Land of Israel, and the belief that we have the sole right to the Land of Israel, blinds them to God’s Image in non-Jews.

This was not the only hate crime perpetrated that day. In the afternoon I received a report that in the South Hebron Hills, Israelis, Israelis who were apparently settlers from the Mitzpeh Yair outpost, stopped and beat a Palestinian, and stole two sheep.

These acts of hatred are a modern leprosy that has erupted on our bodies, our souls, and infected the walls of our national home.

As I write almost every year, I remember on Holocaust and Remembrance Day my rabbi at Harvard Hillel, Rabbi Ben-Zion Gold z”l. The issue in those days was apartheid in South Africa. Many ministers would speak at the demonstrations we organized, and I wanted my rabbi to speak. The appointed day arrived, and the MC said “And now Rabbi Gold will deliver a blessing.” Rabbi Gold said, “I will deliver a blessing, but I have something to say first. When I left the gates of Auschwitz, leaving my family behind in the ashes, I made two promises to myself. Firstly, I would dedicate my life to the well-being of the Jewish people. That is why I am a rabbi today. Secondly, I would work so that nothing like what happened to us would happen ever again to anybody. That is why I am here today.”

Again, the Occupation does not in any way reach the proportions of the Holocaust. Neither did apartheid in South Africa. However, the hate is the same hate. We, the people who survived that fiery furnace, must look after our own welfare. We also have a responsibility to fight hatred of others and theories of superiority wherever they manifest themselves. One need not be, and must not be, at the expense of the other.

From childbirth to deriving sustenance from the earth to the Land of Israel to the coronavirus, to what we do with the memory of the Holocaust, we can sink into forms of Jewish particularism that serve as a wall between us and humanity, if not causing outright enmity. Or, we can find the ways of allowing universal human experiences and obligations to help us live Jewishly as a part of, and in solidarity with all of humanity.