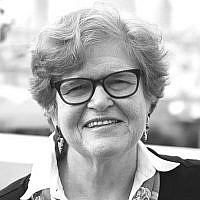 The Blogs
Deborah Lipstadt
Apply for a Blog
Advertisement
Please note that the posts on The Blogs are contributed by third parties. The opinions, facts and any media content in them are presented solely by the authors, and neither The Times of Israel nor its partners assume any responsibility for them. Please contact us in case of abuse. In case of abuse,
Report this post. 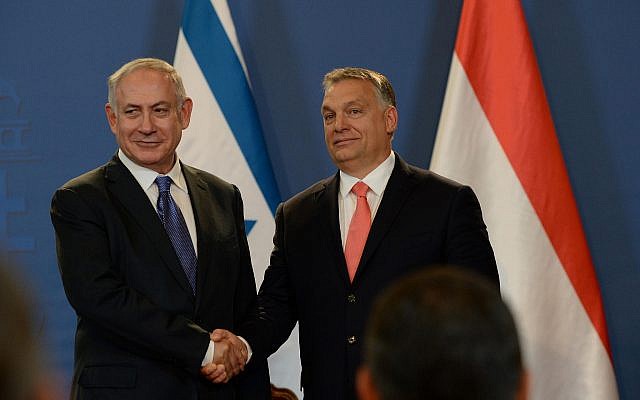 When academics see a problem, many respond by writing a book. Some time ago, concerned by what I perceived as a rising tide of anti-Semitism, I did just that. I devoted the past three years to Antisemitism Here and Now. In September I submitted the manuscript to my publisher. The book went to press. I was done.

I momentarily considered asking my editor if it was possible to rewrite sections of the book. (I knew it was not, but I figured why not ask.) Then, I realized that Pittsburgh, shocking as it was, didn’t really change anything. In fact, it confirmed my two central arguments: a perfect storm of antisemitism is, not just brewing, but is upon us and too many people in the Jewish community are woefully unprepared or unwilling to honestly address it.

I would prefer to know far less about antisemitism than I do. I have been researching and teaching about the Holocaust for decades, and in 2000, after one of the world’s leading Holocaust deniers, David Irving, sued me unsuccessfully for libel, I was compelled to spend close to three months in a London courtroom listening to him spew Jew-hatred. As I entered and left the courtroom, Irving supporters would barrage me with antisemitic epithets. Some left me anonymous notes with messages such as “Jew bitch. Die.” (Irving lost his case.)

So why is today’s surge in Jew-hatred different – and particularly alarming? Generally, antisemitism has come from either the right or the left. But today, it comes from three different sides at the same time.

From the right, Jews are being singled out by xenophobic populists who are increasingly setting the tenor of politics in many democracies. They also face emboldened white supremacists whose conspiracy theories have been given credence by political leaders and government officials – including in the US – who use barely coded antisemitic language (“cosmopolitan,” “globalist,” obsessive talk of George Soros) that evoke a sinister, greedy, planet-running Jewish cabal.

Some of these ultra-right extremists are lone wolves, as seems to have been the case with the Pittsburgh murderer; others are part of increasingly sophisticated groups that make shrewd use of the online realm and have learned to shed the outer trappings of extremism. They present themselves as with-it hipsters, but the venomous underpinnings of their ideologies remain the same.

On the left, the intensifying attacks are becoming increasingly institutionalized. They often come from those who cannot distinguish legitimate criticism of particular Israeli policies from bigoted attacks on Jews. Some progressives deny Jews their right to a national identity, accuse Jews of being puppet masters controlling governments’ policies, insinuate that American Jews are disloyal to the US, and make such bizarre and evidence-free accusations as the fabrication that Israelis harvest the organs of dead Palestinians.

Some on the left deploy the right to criticize Israel as a cover for overt antisemitism. For example, Pulitzer Prize winning author Alice Walker, in a recent interview, effusively praised a book so laden with antisemitism that the publisher who had contracted to publish it refused to do so. (The book she enthusiastically endorsed describes the Talmud as a racist tract and contends that the world is controlled by lizard people – Jews – who engage in child sacrifice and control the economy.) Under fire, Ms. Walker employed the fallback tactic of many when accused of antisemitism: The attacks on her, she insisted, were attempts to “smear” her to prevent her from “speaking out in support of the people of Palestine.” U.K. Labour leader Jeremy Corbyn has tried similar deflections after saying that “Zionists” didn’t “understand English irony” – a clear suggestion from a possible future British prime minister that Jews are not full Britons. (Yes he said “Zionists” but if you listen to his speech its clear that he meant any Jew who has any affinity for Israel.)

But this hatred comes not only from the right and the left. Islamist extremists have made Jew-hatred a cornerstone of their ideology. Many of the physical attacks on European Jews – in Toulouse, Brussels, Copenhagen, Paris, Berlin, Istanbul, and on and on – have come from jihadists. Several recent studies in Europe have confirmed that radical imams in many European mosques regularly engage in virulent harangues about Jews; Jewish students in schools with large Muslim populations are often harassed. Jews in many major cities in Europe routinely eschew wearing or carrying anything that identifies them as Jewish. Sadly, many European governmental agencies, fearful of being accused of Islamophobia, have been decidedly reluctant to candidly identify the jihadist source of these attacks.

To make all this worse, some Jews have politicized the fight against this torrent of hatred. Many are prone to see antisemitism only on the other side of the political transom, even as they fail to see it within their own camp. Such was the case after Pittsburgh, when a number of right-wing media pundits and media outlets took great umbrage over analysts who laid partial responsibility for the slaughter at the door of Mr. Trump’s rhetoric. Partisans asked: Isn’t Mr. Trump an ardent supporter of Israel who moved the US embassy to Jerusalem? Hadn’t he condemned this heinous crime? Doesn’t he have Jewish grandchildren? All that is true. But Mr. Trump has also engaged in constant, vociferous attacks on minorities, immigrants and critics; he has given credence to fringe conspiracy theories and retweeted internet posts that are directly linked to antisemitic groups; he had to be dragged into disavowing the support of KKK leader David Duke; he tweeted an image of a Star of David over a pile of money; and he has described neo-Nazis who march chanting “Jews will not replace us” as “very fine people.” The Pittsburgh shooter, though critical of Trump for not having gone far enough, was clearly motivated by his attacks on immigrants. There is a reason why virtually all white supremacists think he shares their view of the Jews.

Some on the left, however, are easily and rightfully appalled by misdeeds on the right while remaining oblivious to the antisemitism in their midst. They are quick to blame Mr. Trump but silent about progressives whose portrayal of the power and loyalties of the “Jewish lobby” drifts into the brackish waters of prejudice. They excoriate Jews who support Mr. Trump but stay silent on Ms. Walker or excuse the leaders of the Women’s March. (The absence of political power does not excuse the presence of prejudice.)

And when someone calls attention to the fact that Islamists have been responsible for so many violent attacks on Jews and others in Europe, some pundits on the left are quick to condemn that as Islamophobia.

Most sadly of all, Israel’s political leadership has donned blinders of its own as the threat gathers. Prime Minister Benjamin Netanyahu has praised Hungary’s illiberal Prime Minister Viktor Orban as a “true friend of Israel” committed to “the need to combat antisemitism.” But Mr. Orban has waged an overtly antisemitic campaign against George Soros even as the prime minister has denied Hungary’s role in the decimation of its Jewish community in 1944. Mr. Netanyahu has been similarly misguided and ahistorical in his outreach to Poland’s own xenophobic, right-wing government. After earnestly attacking the 2018 Polish law that rewrote the history of the Holocaust by making it illegal to accuse Poles of collaborating with the Nazis (as many incontestably did), Mr. Netanyahu’s government suddenly reversed course and, after a few cosmetic changes to the bill were made, praised the Poles for their fight against antisemitism.

Israeli officials explain these strange alignments, in part, by pointing to Hungary and Poland’s willingness to support Israel in the European Union and in UN forums, something some other democracies have been unwilling to do. But making a pact with such bedfellows is a dubious act indeed.

It is too dangerous a time to give one’s political compatriots a pass on prejudice. We need not agree with all of our political allies’ positions, but there should be no compromises over bigotry particularly when it comes to the age-old scourge of antisemitism and any other form of hatred.

And if those who are singled out for prejudice cannot recognize that, how can we expect anyone else to? 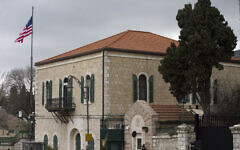 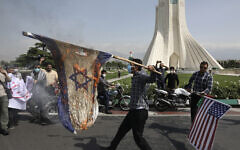 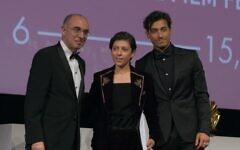