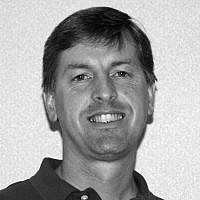 In my last article (Jewish Contributions To Sufi Mysticism), we talked about how Sufi mystics were influenced by the ideas and theories of their Jewish contemporaries.  For almost 1000 years, there was a borrowing and sharing of ideas from both sides that grew the spiritual wisdom of both faiths.  Today, I’d like to look at how Judaism experienced a renewal at this time from ideas they borrowed, or rediscovered from Sufi mystical beliefs.

Jews from Cordoba to Cairo lived in relative peace and prosperity with their Muslim neighbors during this time period which is known by Sephardic Jewry as their “Golden Age.”  Moses was seen as the model of spiritual seekers of both faiths and is quoted over 100 times in the Koran.  One who saw Moses as their model was the 9th century Sufi mystic, Mansur al-Hallaj.

Jewish libraries at this time were filled with the works of al-Hallaj.  He inspired many with his fight against the authoritarian legalism he felt Islam was degenerating into and the simple, personal faith he advocated.  Following his crucifixion for blasphemy for saying that “he was He” in reference to the fact that his level of mystical attainment meant that he and God were of one consciousness, al-Hallaj served as a role model for many Jewish Kabbalists who were tormented by the orthodox authorities of their own faith.

The Sufi saint, Al-Ghazali is quoted by a number of Jewish thinkers including Moses Maimonides (12th Century), Judah Halevi (12th Century), Abraham Ibn Hasdai (13th Century) and Abraham Gavison of Tlemcen (17th Century) who said, “I have translated the poetry of this sage, for even though he be not of the children of Israel, it is accepted that the pious of the gentiles have a share in the world to come and surely heaven will not withhold from him his reward of faith.”

Solomon Ibn Gabirol of Adon Olam fame represents the interweaving of Jewish and Islamic thought more than any other scholar of the Middle Ages.  At the core of his thought was the belief that truth and righteousness are not the exclusive realm of the Jewish people and that one should embrace words of wisdom regardless of their source.  He so incorporated ideas from the Islamic mystical tract, Ikhwan as-Safa, that after the Bible, it was his primary source of inspiration.

Moses De Leon, the reported author of the Zohar, was inspired by many Sufi influenced Jews including Abraham Ibn Ezra, Moses Maimonides, Judah Halevi, Bahya Ibn Pakuda and the Sufi mystics themselves.  It was the Sufi scholar, Muhyiddin Ibn Arabi who presaged many of the ideas that became central to the Zohar.  De Leon also borrowed ideas from some of the most important myths surrounding the Prophet Muhammad to elaborate on the Jewish mystical ideal.

Jalal al-Din Rumi lived around the same time as De Leon and like the Zohar, his Mathnavi became known for many Muslims as the most important book in their faith next to the Koran.  Today, he is the best selling poet in the United States!  His most important contribution to the Jewish/Sufi dialogue was his open-mindedness and respect for all faiths as represented by his quote, “What is to be done, O Muslims?  For I myself do not know whether I am a Christian, a Jew, a Jabr, or a Muslim?”  This attitude captured later Sufism and helped open further communications and exploration between the mystics of both Judaism and Islam.

A specific influence of Rumi on Jews was with the followers of Shabbatai Zevi of the 17th Century.  They included his and other Sufi poems in their mystical litanies.  It was the teachings of Shabbatai Zevi that did much to plant Sufi ideals into the Baal Shem Tov’s Hasidism.  Kabbalah scholar Gershom Scholem said, “One could easily make a collection of the Hasidic epigrams which breathe a spirit not very far removed from that of the Shabbateans.”  These Shabbateans are said to have had the most enlightened attitudes towards Islam of their time.  Shabbatai Zevi himself was said, following his capture by the Sultan of the Ottoman Empire, to study in his prison cell with the Zohar in one hand and the Koran in the other.

Today, it is the ideas promoted by the Baal Shem Tov and his Hasidim that again influence the Jewish Renewal movement that seeks rediscovery of Judaism’s lost mystical legacy to reinvigorate the Jewish faith.  So even now, Judaism is finding its spiritual heart infused with mystical ideals shared by the Sufi mystics.  One can only hope that this shared wisdom can play a role in bringing Jews and their Muslim cousins together in peace and enlightenment.

Sam Griswold is the author of the new historical thriller, True Identity, featuring an Israeli Mossad agent that loses his memory while working undercover in Iraqi Kurdistan.  Available now on Amazon.com

About the Author
Samuel Griswold is a long-time student of history and world affairs. He uses this knowledge in his writing of historical novels, such as True Identity, and as the publisher and journalist of FightingFascism.substack.com.
Comments