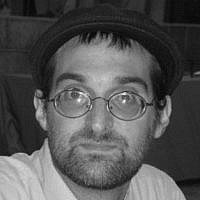 The Blogs
Benyamin Bresky
Apply for a Blog
Advertisement
Please note that the posts on The Blogs are contributed by third parties. The opinions, facts and any media content in them are presented solely by the authors, and neither The Times of Israel nor its partners assume any responsibility for them. Please contact us in case of abuse. In case of abuse,
Report this post.

Musicians from overseas keep flowing into Israel for regular
performances as BDS supporters keep calling for them to boycott the
Jewish state. The Titans of Metal is yet another example of the big
name acts that have come to Israel in recent years, despite the
conflict and politics. concert will feature members of various famous
metal bands such as Black Sabbath, Judas Priest, Scorpions, and a
dozen other bands.

Two of those musicians have released videos online vowing to perform
Israel, regardless of any political ramifications. Those videos have
spread on Facebook and pro-Israel websites with enthusiastic
appreciation.

Tim “Ripper” Owens gained fame as the multi-octave lead singer of
Judas Priest. Ross the Boss Friedman started his career with the early
punk rock band, The Dictators, and later became guitarist for Manowar,
who holds the Guinness Book world record for Loudest Band in the
World. Both spoke to the Jerusalem Post about the event.

This will be Owens’ third visit to Israel, having previously performed
in 2010 at the Heavy Metal Tel Aviv event. “It’s just about the
music,” he stated. “Getting a bunch of metal guys together from around
the world to put out a great show with world class names.”

Owens gained fame in 1996 when the veteran British metal act Judas
Priest chose him as their new lead singer, At the time, Owens was in a
Judas Priest cover-band in his hometown of Akron, Ohio. The story was
made into a feature film in 2001 called Rock Star, starring Mark
Wahlberg and Jennifer Aniston. “I feel lucky and honored that they
made it,” Owens commented, “but I didn’t care for the music they chose
for the soundtrack,” he joked, calling it a little cheesy in comparison to his own.

Unlike his real life, Rock Star was set in the 1980s and featured the
conflicts and downfalls of rock stardom. In real life, Owens says he
is still in contact and on good terms with his former band mates from
Judas Priest including original lead singer Rob Halford. Owens still
lives in his hometown in Ohio where he runs a restaurant and music
venue called Tim Owens’ Travelers Tavern. “I have the same friends and do the same things,’ he stated. His latest band is called Charred
Walls of the Damned and he will perform a mix of old and new material.

Ross the Boss has a much different story. The 61-year-old rocker
didn’t hold back discussing his disgust for the BDS movement. “I’m the
boss, not them,” he stated, referencing his stagtegh name and using a
liberal use of curse words. “They can’t tell me where or where not to
play. I don’t care what genre of music it is, metal or pop or anything, you don’t tell artists what to do.”

He challenged BDS supporters such as Roger Waters of the seminal rock band Pink Floyd, who is the forefront of urging fellow musicians to
avoid Israel, calling him an anti-Semite. “If there were no bombs and
no guys knifing people in the streets, then Israel wouldn’t react,”
Friedman stated, calling Israel’s actions self-defense.

Born Ross Friedman, or Reuven Ben Adam, as he states in his anti-BDS video rant, the guitarist was raised in a Jewish and Italian
neighborhood in the the Bronx, New York. He rose to fame with the
early punk rock band The Dictators, and hung out with punk legends
such as The Ramones, and the MC5.

But his love for guitar riffs led him to help form Manowar, who had a
decidedly more heavy-metal sound. Throughout the 1980s they became
known as the loudest band in the world and broke Guinness Book of
World Records to prove it.

“The Dictators are Jewish boys from the Bronx with a Bronx attitude,”
Friedman stated. That attitude led them to play in Paris, France just
days after the deadly terrorist attacks at the Bataclan concert venue
with his band Dictators NYC.

“We were in Spain when we got the call and our hearts were broken,” he
said. Friedman said he and his band mates are friends with The Eagles
of Death Metal, the band on stage at the time of the attack. “We share
the same fans and I am sure those same people were ready to come to
our show too that next Wednesday,” Friedman explained.

“We were told that the gig is off because the venue is no longer
available,” he said. But in typical New York punk rock spirit,
Friedman said, “no, the gig is still on. Find another venue.”

“We had a double motive because they shot up the Bataclan and killed
89 fans because they thought the owner was Jewish,” he stated. “Well,
we played anyway because you don’t mess with Jewish people anymore. We ain’t lying down for nobody. We battled them with guitars and rock. It was the most important gig I ever played.”

Regarding Israel, Friedman commented, “it will be fantastic when I set
foot on sacred soil. I have a lot of emotions about it and I know my
grandparents are watching from afar and would be proud. As for BDS, I
only have two short words for them.”

About the Author
Benyamin Bresky is a resident of Jerusalem and host of the Israel Beat Jewish Music Podcast.
Comments