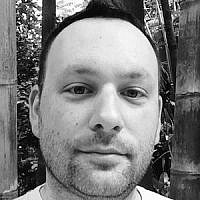 The Blogs
Ethan Dunwill
Apply for a Blog
Advertisement
Please note that the posts on The Blogs are contributed by third parties. The opinions, facts and any media content in them are presented solely by the authors, and neither The Times of Israel nor its partners assume any responsibility for them. Please contact us in case of abuse. In case of abuse,
Report this post.

We are so conditioned to think of Israel as a part of the Middle East, we often forget that, geographically, it is a part of Asia. And we certainly do not give a lot of thought to the fact that there are Jewish communities in parts of Asia other than Israel. Probably, this is because, of the 13-14 million Jews in the world, 80% of them live in the United States and Israel. They grow up there, they go to college there, and they fashion their adult lives there.

Current Jewish Populations in Other Asian Countries – Some Interesting Data

Recently, there has been a substantial amount of overtures between Israel and modern Asian countries in cooperation and collaboration, relative to mutual business and financial interests. With this new era of cooperation, Jewish businessmen and entrepreneurs are spending more time in India, China, Japan, Malaysia, and South Korea, as partnerships are being formed. Young people are observing this and considering what opportunities may lie ahead for them as they consider future career choices. And, as a result, they are choosing to take up their university studies in some of the established higher education institutions in the more developed nations of Asia.

As foreign students, Jewish young people face all of the same challenges and cultural “shocks” that any other student studying abroad. These include the following:

The “Draw” of Asian Universities Will Continue to Grow