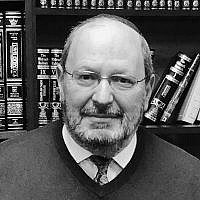 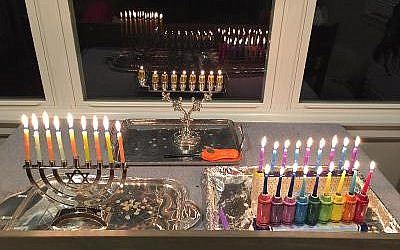 The concept of “Jewish Unity” (Achdut),  is probably one of the most written about, talked about, sought after and passionately debated subjects in our Jewish lexicon.

For some, Jewish Unity engenders respect for religious diversity; for others, it represents a feeling of communal togetherness or oneness. For some, it represents the coming together for a single purpose, cause or reason; and yet for others Unity is  viewed as a religious obligation or  imperative.  There are  those who view Unity through the  lenses of nationalism, Zionism and Jewish Peoplehood and others through the exclusive lenses of a shared vision or via a common Jewish destiny embedded in our history.  And finally, others view it through universal values, irrespective of Jewish interpretation or understanding.

Regardless of how one views Unity, many of these perspectives or definitions are not mutually exclusive and  therefore represent a confluence of feelings, obligations and commitments which are driven by personal, religious or communal circumstance.

Historically, the challenge for achieving and creating environments conducive to unifying the Jewish people were always an integral part of Jewish history, Jewish destiny and communal life……presenting itself during periods of happiness, sadness, celebration or crisis.  From the moment we stood at the base of Mount Sinai to receive our Torah, where we were consider “K’ish Echad B’Lev Echad’ –  a nation with one heart and one people – to the  commandment in Leviticus (19:8) to “Love Your Neighbor as Yourself,”   we are continually reminded that we are stronger as a nation, as a people, and as a community when we stand together. And, the inverse is also true. When we do not stand together, it is at our own peril.

More often than not, we hear the axion, what divides us, unites us. This phrase suggests that in many cases, “divisiveness”  may be a precursor for achieving Unity and that acrimony, disagreement and threat triggers an all too familiar “unity response” .  It is somewhat daunting to think that in order to achieve or encourage Achdut, we first need to be divided. Although this may be an oversimplification of cause and effect,  it does beg a host of important questions as they relate to our human condition. Alternatively, it may also mean that in order to truly appreciate the power,  beauty and wonderment of  Achdut, one must first understand and appreciate  the results and consequences of not doing so.

Whether our all too familiar “unity response”  is anchored in our Jewish DNA, or whether it represents episodic existential realities (or maybe a combination of both), is a subject that goes way beyond the purpose of this blog. Nevertheless, the continous longing and quest for Jewish Unity is, and will continue to be a welcomed preoccupation which ebbs and flows throughout our history.

As we drill-down a bit deeper into the intricacies of Jewish Unity, one begins to identify the critical importance of leadership as a unifying factor. To be sure, the critical role that leaders play in moving a community or groups of people forward in a unified manner, is probably one of the single most influential and catalyzing forces impacting our community.

There have been times throughout our history when communities and countries became deeply divided, only to be made whole again through the unifying power of influential and respected  leaders – whether they be rabbinic, religious, political or communal.

As we learn in the Torah, although there were times when the Bnei Yisrael (Children of Israel)  challenged Moses, Aron and Yehoshua throughout their sojourn from Egypt to Canaan, as leaders, they were able to withstand many (but not all) of the protests, consternation and the breakdown of Unity in their respective camps. Although all of their efforts were guided by the hand of HaShem (GD), these leaders  felt an unswerving responsibility to help maintain a sense of Achdut through vision, sacrifice and by example.

In this past week’s Torah reading portion entitled Shelach, we learn how the 12 spies were sent to sojourn and scout out the foreign land of Canaan in order to determine whether it was safe and inhabitable.   Unfortunately, upon their return, all of the spies except for Calev and Joshua reported tremendous danger in the land. This report inspired fear in the Israelites, which led to their unwillingness and refusal to continue their journey to Canaan. The very people who left Egypt, unified and led by Moses, and who experienced  tremendous  miracles in the desert, were now second guessing their destiny – an event which resulted  in GD’s admonishment for their lack of trust and disunity. This led to  40 more years of their sojourn in the wilderness.

It is interesting to note that Moses realized that the reports from the spies were so compelling that they would have a  negative and permanent impact on the B’nai Yisrael. But as select commentaries explain, as a leader, Moses realized that their lack of faith which deteriorated  and destroyed their sense of Unity would not be easily overcome,…. and that the punishment of an additional 40 years of sojourn in the desert was in fact justified.  He then empowers Joshua – the only spy (in addition to Calev)  who tried to present a more  positive picture of Canaan – to lead the nation once again through the desert for 40 years.

Many commentaries suggest that the B’nai Yisrael’s  profound lack of unified trust and faith, coupled with their gullibility, was a reality which Moses perceived as crossing the line. It was this reality which  Moses realized would impact negatively on any attempt , to unify their sense of purpose, mission and destiny.

One lesson learned from this example is that leadership and Unity  –  bringing people together in Achdut –  is not only about knowing how and when to unify a people, but in appreciating and understanding the perils of unifying a people when the people are either not ready or just not yet willing to change. The added component here is that GD was angered and disappointed by this course of events – especially since  israelites were empowered  with a greater sense of trust

My friends, the impact of leadership in moving a people forward is paramount and should never be underestimated. There are times for leadership to be bold in their attempts to create a foster Achdut…… and, there are times when it may be somewhat premature or the timing is just not right. That’s what leadership is all about.

Moreover, there are occasions when a leader’s words or actions can intentionally or unintentionally have a most negative impact on prospects for true Unity;  and there are times that it can energize and catalyze a people for the good.

This morning, I saw a series of Israel social media headlines and news stories about  how select leaders in Israel are trying to disway  discourage the populous from supporting a new emerging Israeli government.

Although it is not within my purview to opine regarding the efficacy of these political or ideological perspectives, when I see headlines that read “Top Rabbis Urge Followers to “Do Everything” to Thwart New Government”, my heart trembles in fear. I fear for how these kinds of headlines and ensuing rhetoric impacts on the social fabric of  Israeli society and therefore on the global Jewish community. I tremble at the thought of those with thin filters or limited boundaries who are influenced by these statements; and, I tremble at the thought that these leaders can so blatantly and boldly run the risk of inciting violence, hatred and acrimony through irresponsible statements and pronouncements.

We have all seen this play itself out before in real time. And, we have witnessed the disastrous and catastrophic results. When and how will it ever end? and when will we ever learn?

So the next time we talk, read, or write about Jewish Unity (Achdut), let’s please  think about the awesome responsibility leaders possess and let’s also please hold our leaders accountable and responsible for the creation of Achdut or GD forbid its destruction.

May HaShem bless us with the wisdom, will and fortitude to choose the right path in the pursuit of true and lasting Achdut for our generation and for generations to come.