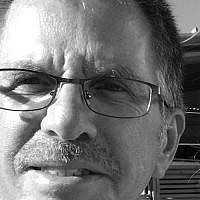 This past Shabbat, we saw hundreds of Jews converged on the US Capitol to protest inaction on gun control measures. They were full of passion and understandably so.  But what does the Torah say? (other than the “protesting on Shabbat” question) What do our sages say?  Is the Israel model the Torah model and would that model work in the US?

Let me share a quick snapshot which may illustrate where we as Jews might steer towards on the issue.  Several weeks ago we were blessed to have a large family wedding in Israel.  My brother who leans left of where I am politically and religiously, remarked that while he saw more than a few guns holstered on guests at the wedding, he felt comfortable.  We discussed why and he concluded that perhaps because they were ex-military and were trained in both use of weapons and probably with scenarios to protect innocent lives, he was more comfortable.

Here’s another snapshot.  My daughter attends Bar Ilan.  Each morning, to access the Bar Ilan campus, she enters via a security gate with a metal detector. The University to my knowledge, does not schedule regular active shooter drills for students and faculty and the potential active shooters in Israeli schools are likely to be trained students and faculty who can fire back.

So back to the original question, our Torah and Talmud have multiple sources which oblige us to defend ourselves and our families from harm. Many historical sources point to how WWII might have turned out differently for our people if they had had the ability to possess firearms.  That concern illustrates a foundational principle of government distrust which is an underlying principle of gun ownership in the US. This principle is obviously behind much of the concern for limiting gun ownership.  The question is this – are there certain limitations which are needed to have a reasonably safer society and are we willing to limit our freedoms for that purpose or not?  For example, can anyone at any age or mental state purchase any kind of gun?

Rambam instructs that in most cases the middle path is the correct one. It could be argued that Israel seems to be implementing such a path (though some Israelis would argue that the laws are still too restrictive.)

Unlike in the US, in Israel:  1) armed soldiers are a frequent site, 2) many citizens have permits to carry guns and do, 3) guns are not concealed, 4) those that have guns have generally either military training (most Israelis have served in the military) and/or a reason to have a gun; e.g., in the diamond business, work in emergency services and frequent challenging neighborhoods, live across or near the green line or the border, etc., 5) schools have a secured entry point and 6) purchase of guns for protection is restricted to certain hand guns. The question is, for those in the US, would those laws be too restrictive or not?

The result of implementing those policies is that there really haven’t been the kinds of mass shooting incidents in Israel that we see in the US.  Should the US move in a direction of more open carrying, even more open gun ownership, yet at the same time restricting those who can own a gun, providing the training they need and specifying what type of gun they can have?  Would most Americans agree to this?  Maybe – Possibly.  But with interest groups on both sides bashing each other, progress in addressing the challenge will be difficult.

The Jews protesting this Shabbat at the Capitol have cause for their outrage, but if their solution is simply less guns, I do not believe that this will stop these horrific events.  The right and most effective path is likely somewhere in the middle.  I hope US policy makers can examine the Israeli model, work together and steer the US towards an effective solution and stop these horrific events.