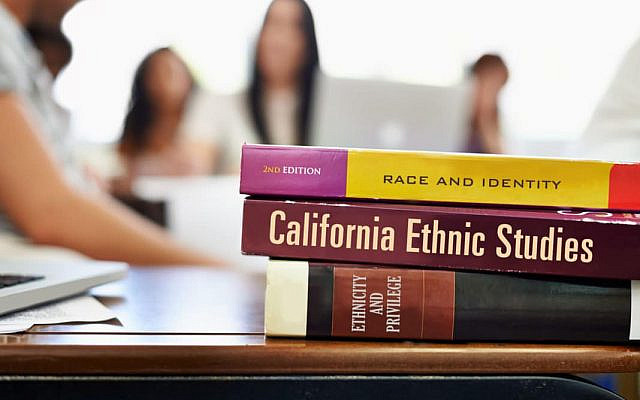 The day after Trump’s inauguration in 2017, millions marched in support of women’s rights. It was arguably the largest single-day protest in America’s history. In its aftermath, leaders of the Women’s March were challenged for their antisemitic statements and actions. My voice was among the Jewish leaders and activists who expressed opposition to the mistreatment of Jews in the Women’s March movement.

To our dismay, those of us who wanted to fix the Women’s March and make it more inclusive encountered unexpected pushback from Jews who wanted to achieve the opposite. Those who were against intersectionality, feminism, and the Women’s March exploited the news coverage and controversy to advance their unrelated politics. As the Jewish community at large turned against the organization for its failure to fix its antisemitism problem, the only ones who continued to embrace it were fringe Jewish voices, namely anti-Zionist ones.

This dispute surfaced as part of a larger culture war over intersectionality, first identified in 1989 by Kimberlé Crenshaw, a black American feminist, lawyer, and civil rights advocate. Drawing from her research of migrant women of color, in her 2016 Ted Talk, she explained that “African American women, like other women of color [and] like other socially marginalized people all over the world, are facing challenges that are consequences of intersections of race, gender, heterosexism; these social dynamics create challenges that are unique to them.” Intersectional activists seek to address these overlapping inequalities.

As the intersectionality movement grew, some who supported it opted to exploit it to promote separate political agendas that drove antisemitism. When this occurred, many in the Jewish community called the bad actors out. Simultaneously, many who oppose women’s rights and hold anti-Black ideas leaped on the opportunity to paint the movement as antisemitic altogether. Therein began a vicious circle in which fringe Jewish voices denied that antisemitism was possible from their political allies.

This dynamic also occurred in 2020 as the organization Black Lives Matter, founded by Black Jewish activist Alicia Garza, surged in recognition. While Jewish organizations overwhelmingly supported the fight against police brutality and systemic racism, there were serious concerns about the movement’s antisemitic rhetoric around Israel. It is now well known that multiple synagogues were vandalized during BLM protests. I joined other vocal Jewish activists in encouraging the Jewish community to join the movement in order to change it. “Do not tear down a sacred house,” I argued, “simply because it has some exploitive visitors.” Once again, however, fringe racist voices tried to exploit BLM’s failings with Jews to take down the entire movement, joined by other extremists, who refused to acknowledge there was ever a problem in the first place.

Our collective memory must be weak, as this exhausting dynamic is occurring yet again. Last week, Emily Benedek penned a piece in Tablet that went viral. In her article, she took a hit at critical race theory, another framework to combat racism that was developed by many Black scholars. The impetus for her article was a controversy over the California Ethnic Studies Curriculum. This piece was exploited by many in the Jewish community, using issues about antisemitism in order to discredit the broader movement. What made this particularly appalling was that the legitimate issues with antisemitism had, at the time the article was written, already been addressed and largely corrected. This was never acknowledged since doing so would have undermined the article’s thesis.

DePaul Law professor David Schraub had already shown that the information this article relied on was outdated, coming from a 2019 California draft document:

Based on an earlier outcry from Mizrahi and Middle eastern Jewish activists, the California education authorities were both responsive and proactive. The current ESMC draft cites surging rates of hate crimes against Jews, and that we are the most common victims of religious-based hate crimes in southern California. It has an excellent unit focusing on Mizrahi and Middle Eastern Jews — one of the first I’ve seen dedicated to this subject — that specifically characterizes Jews as Indigenous to the Middle East. It includes passages from a range of Jewish luminaries including Ruth Wisse, Julius Lester, and Angela Buchdahl. It speaks about how, while Jews have found America to be a land of opportunity, especially after World War II, our successes stand side-by-side with the continued reality of antisemitism — especially for Jews who have resisted assimilation into dominant American culture.

So if the curriculum was indeed largely fixed, why did the Tablet article make such noise? Well, because it was not really about the curriculum. Benedek later explained in a note added to her piece that it didn’t matter that she didn’t mention or speak to any of the Pro-Israel and Jewish organizations who worked for years to include Jews in the curriculum. She wrote, “the reason I felt no need to praise these tweaks is that they are peripheral to the problem.”

University System’s decision to make an about-face on a major ethnocultural issue is anything but a tweak. But Benedek was dismissive for a very good reason. She wasn’t concerned about antisemitism at all. For her, antisemitism was a dollar store sock puppet behind which she could hide her true agenda. Her agenda is to overturn ethnic studies, to obliterate critical race theory. If tossing the Jewish football kept her in the game, so be it.

For Benedek and her cohort, this is not about Jews, and certainly not about Jews of Color, nor about Mizrahim, who she characterized as suffering from “Inter-tribal jealousy.” To her, we don’t face institutionalized under-representation and discrimination, we’re just jealous of other ethnic groups. Or perhaps she meant that we are jealous of our Ashkenazi brothers and sisters? Can you imagine saying this about Jews trying to include their history of pain and trauma into a curriculum? In her author’s note, she doubled down that there is no place for diverse Jewish stories in ethnic studies. Yet she doesn’t find acknowledging a Jewish subgroup divisive — if we can weaponize it against Arabs. In the past, Benedek wrote at length on Mizrahi history for Mosaic Magazine as a means to rail against the antisemitism we faced at the hands of the Arab world.

Benedek finished her note with “The crime here appears to be that I dared to surface the views of ordinary Jews.” But Benedek is not an ordinary Jew. As her bio states: “Emily Benedek has written for Rolling Stone, The New York Times, Newsweek, The Washington Post, and Mosaic, among other publications and she is the author of five books.” With that background, one would be hard-pressed to suggest that either she or Weiss lack a platform to voice their views. They don’t have to worry about their history being acknowledged – they have written about it at the most widely read publications in America.

It’s no surprise that The Jewish Federation of Los Angeles issued a joint letter to the Jewish community. Together with ADL, AJC, Hadassah, The Holocaust Museum, StandWithUs, JCF, JCRC, JPAC, JFCS and JFS, they slammed “the articles” and those promoting them. “[The article] misrepresented and misinformed on many of the details of the issue, its progression, and the ongoing advocacy work that all of our institutions have been doing.” they wrote in an email sent out to thousands of Jews in California.

It is true that at first, I also found the California curriculum flawed and lacking much-needed Jewish education and nuance, but after reading it, all of it, I believe it is now much more inclusive and that e. For those who take issue with critical race theory, intersectionality, LGBTQ rights, or women’s rights, please do it on your own terms, instead of dragging the whole Jewish community down this path with you. If you can’t take the heat that comes with your positions, then get out of the proverbial kitchen.

It is time for us to stop allowing the likes of IfNotNow and Jewish Voice for Peace to exploit Jewish identity to further their anti-Zionist ideology and politics, but it is also time to hold the opposite side of the political map just as much accountable. Jews are not a political football to be exploited, tokenized and thrown at a social movement you dislike.

My life’s work is to end the politicization of antisemitism. I will call out anyone who contributes to it. Even when it is not convenient politically, you should, you must, do that as well.