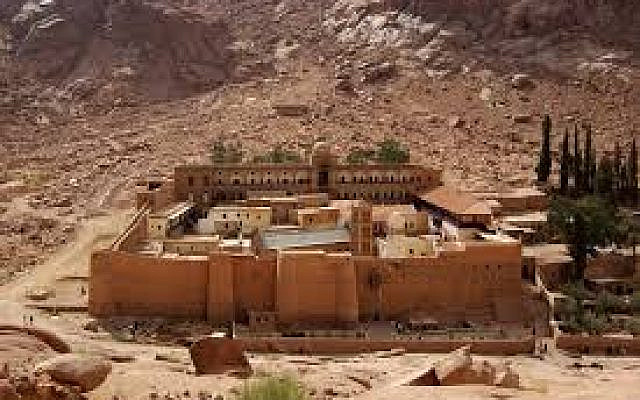 “Don’t judge a book by its cover.” If you did, you would have fallen into the trap set by George Eliot, the owner of the previous phrase. Indeed, it is Mary Anne who used this name in her novels. You cannot judge a book by its cover, but can you judge the first chapters? The wrapper can be deceiving, but to give a chance, the content must be attractive, at least correct. Is this valid in the series “Oum Haroun”?

From the first day, many began to demonize the show, jumped ahead themselves to aborted the series before its birth, they tried it before filing the complaint. They closed the case before it was opened. When submitting a complaint the judge impartially convects, so the accused is innocent until proven guilty. The aim of the accusation is to correct the convect, while condemnation results in punishment, this is the difference between criticism and judgment.

From a technical point of view

The series, as it exposes what can be read, but never discussed on a silver screen drama is expected to be a portrayal that fits with the thrust of the title. As a viewer with little artistic experience, I wait for scenes and frames, leaving judgment for the viewer engaging feelings, not giving direct messages. I felt the director exacerbated my state of isolation in light of the curfew. Besides, Ramadan’s Intimacy missing as I can’t meet with my family on a Ramadan table.

The series starts with a 10-minute monologic speech introduction that talks about the most complex issues, such as violence, political and religious conflict, using terms such as hatred, terrorism, and murder. followed by the phrase “Names are fictional, but they reflect real events that are beyond fiction!” We note the ruling in advance on matters that cannot bear one opinion. The director takes the role of the viewer and robs him the freedom to enjoy the drama, and giving him a lecture that is more like brainwashing directing wise.

London, 1950 A scene of a Jewish girl speaking a poor Hebrew language marred by linguistic mistakes, doesn’t’ reflect the Jews of the East who can pronounce the letter R. another mistake brings us back to the monologic discourse. Time was running very slowly.

A beautiful scene in the market reflects Oum Haroun, a Muslim of Jewish descent, who is loved by everybody. But again, the scenarist banning the scenes with lateral sentences as “we are a family”, “you are a good person”, instead of making the scene to interpret itself. 20 minutes passed from my patience and time. One of the first rules that a director must use with direction is non-direction, which means not restricting actors with terms that should not change the general message of the scene.

The scenarist killed the dialogue by displaying sentences that do not simulate reality or respect the viewer’s awareness, distinguish between, Christians, Jews, and Muslims by using religious customs, the distinctive usage of terms as if they are different societies. The Talit is worn by religious Jews during prayer, as well as by Christian priests. Arab Jews do not use the Hebrew language in their daily conversations. They do not say, Mazal Tove, Shallum. The writer contradicts himself by using another cliche, “Lord of Moses, bless them” Then he refers, on other sites, to the use of the word Hashim, in reference to the name of God who the Jews avoid using for sanctifying. Jews used to speak Arabic keeping Hebrew for rituals and religious events only. The scenes go slowly.

Are we going to see scenes of a Muslim girl falling in love with a Jewish man? However, events’ acceleration must lead to error reduction, But the announcement of the partition project in 1947 was mixed up with the state establishment in 1948 and the occupation of Jerusalem in 1967. events accelerated causing the Sheikh to interrupt a wedding, a mysterious crime occurred, and tensions only in 1948 is not logical in Kuwait in particular, as there was sufficient awareness of the developing events after the Arab revolution, through to the clashes in 1920 and 1936’s revelation. Kuwait was the incubator of the Arab Nationalist Party in the Gulf region.

For Sheikh Ahmad Al- Sabah harmonize merchants with different religions, rushed after the mandate to become an institutional state where Abdullah Al-Sabah transformed All the oil revenues to the state’s account and deduct an annual salary for the governor.

What prevented the guy who was connected to the land from emigration to it before the development of political events during the nearly 2000 years that followed the destruction of the Second Temple in 70 AD. Their sense of danger was not linked with their contact with their relatives and neighbors  Iraqi Jews, who witnessed Jewish parties, some of which were pro-Zionist, at least 5 Zionist newspapers were later banned but the Jewish presence as an ancient part of that society despite bombings attributed to Zionist Jews to encourage immigration in 1950 Discouraging them from staying in Iraq until 2003. Although the door was open to immigration with no dual citizenship. Herzl died, and the Jewish solution did not take the shape of a state.

I will be fair to disagree with the Christian priest who says Palestine is ours; there are no biblical scriptures that back his phrase, even though the Jewish refugees carried documents of asylum to the “State of Palestine” while the Kingdom of Israel appeared during the reign of Kings Saul, David and Solomon For 120 years. Synagogues bombing by Muslim Brotherhood mentioned, without mentioning the Israeli bombing of Ramadan Iftar tables!

The question remains, can we accept these historical mistakes to reach a dramatic scene that talks about coexistence?

Will this work inspire better works talks about Arab Jews as part of the society that we see at the heart of the conflict like the Samaritans in WestBank alongside anti-Zionist Jews around the world?