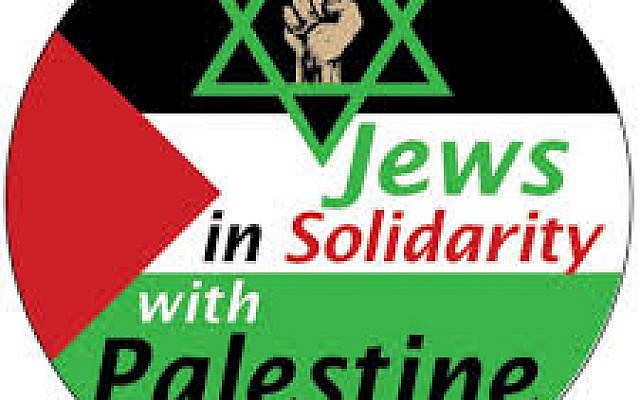 It’s not often that I have a terrible archetypal rumbling in my soul that feels like a volcano ready to explode out of me filled with molten hot searing emotional lava…but with what is happening these past weeks in Israel, I am feeling these rumblings compelling me to share them with all of you.

Yehuda et. al (2015) demonstrated that Holocaust trauma had genetic and intergenerational genetic effects on succeeding generations and as the son of a Holocaust survivor, married to a daughter of a Holocaust and we have kids. With family in Israel who are direct descendants of Holocaust survivors, our genes are filled with these trauma effects and they are palpable with some of us.

I will try as best I can to share the conflicting archetypal feelings which are currently searing my soul. As a partially disabled, once very healthy and active 75 year -old, my spirit is alive, but my flesh is weak and for the first time in my life, I am feeling both helpless and hopeless to affect the changes necessary to resolve these feelings and realize any relief I may have will rest solely on the goodwill of others, something that does not appear to be present at the current time. Sure, I can write a check, but my time has come and gone where I can make a difference beyond trying to sway others through the written word.

So here goes… My heart is broken with the increasing divisions within the Jewish community (as evidenced by recent 2020 Pew report) and the decreased support for the state of Israel, not just from our non-Jewish hostile enemies, but from within our Jewish community as well. Now here is the archetypal genetic component to this emotion. It feels like a replay of a significant portion of the Jewish community outside of Europe during the 1930’s and 1940’s, who were hesitant to stand up for the Jews of Europe being rounded up and deported because down deep inside they really didn’t want those ” dirty shtetl Jews” here in their neighborhoods.

In his book, The Abandonment of the Jews: America and the Holocaust 1941–1945, distinguish scholar David Wyman attributes at least one of the contributing factors towards the success of the Nazis to be able to commit atrocities against the Jews and others was a failure of American Jewish leaders to assign top priority to rescuing Jews in Europe. From what I’ve learned about that period in Jewish history in America, there were significant numbers of Jews who not only rejected a kinship the Jewish community of Europe, but felt deeply embarrassed and resentful about them, causing a serious delay in the response of the Jewish community and American government and people to respond to the Nazis at a perilous cost to the Jewish people overall who were trapped and being exterminated.

The fact of the matter is that there were many Jews who were doing their very best not to be Jewish and to fit into the prevailing society by adopting new names, defiantly assimilating thinking that would save them in the event of tyranny and even siding with the enemies of the Jewish people by engaging in heavy criticism of Jews, frequently casting aspersions and outright blaming the victims.

Fast forward and the state of Israel and finds itself in a continual state of war with the Palestinians with developing parallel contradicting narratives, both aspirational, but with completely opposite objectives and rationales. The Israelis being the new kids on the block are surrounded by angry Palestinians and hostile Arab neighbors and the Palestinians flee their homes for fear of Jews and colonization. The Jews believe they are returning to Zion after years of exile and the Palestinians believe they are being forced from their ancestral lands. The world created and recognized a sovereign state of Israel and Jews came looking for peace from being in exile and prosecuted and the Palestinians built permanent resentments which turned into murderous attacks which led to a commitment to genocidal purges of Jews “from the river to the sea….”

Fast forward to 1967, which Israel was surrounded on all fronts by hostile Arab forces and miraculously fought their way out to win the war heroically and decisively. This was both good news and bad news for the Jewish people. While Israel’s safety and security was insured at the time and Israel’s victory was miraculous, they ended up with conquered territories that would proved to be unsustainable to manage and control given the demographics and hatreds that existed.

Fast forward to 2004 and Ariel Sharon gives the captured Gazan territory back to the Palestinians with only the hope that peace would come from such a gesture only to be disappointed that Gaza took no steps to become Singapore or a major port, but chose to become a staging area for terrorists to continue the armed struggle against Israel.

Since that time there have been rockets and retaliation strikes happening every few years until now when the Gazans have stockpiled thousands of rockets, perfected their guidance systems and have started a new round of assaults on Israeli villages, towns and cities.

And here is the crux of my emotionally hot lava as I have no personal or professional explanation for this phenomena, what is wrong with hard left Jews who side and give aid and comfort to those whose reason for being is perfectly spelled out in their charter. It proclaims, among other things….

“Israel will rise and will remain erect until Islam eliminates it as it had eliminated its predecessors….the Islamic Resistance Movement erupted in order to play its role in the path of its Lord. In so doing, it joined its hands with those of all Jihad(7) fighters for the purpose of liberating Palestine…our struggle against the Jews is extremely wide-ranging and grave, so much so that it will need all the loyal efforts we can wield, to be followed by further steps and reinforced by successive battalions from the multifarious Arab and Islamic world, until the enemies are defeated and Allah’s victory prevails…The time will not come until Muslims will fight the Jews (and kill them); until the Jews hide behind rocks and trees, which will cry: 0 Muslim! there is a Jew hiding behind me, come on and kill him! This will not apply to the Gharqad, which is a Jewish tree…”

As a lifelong progressive and liberal, fighting hard for social justice, I ask Bernie Sanders, Peter Beinart, all the student rabbis who recently signed petitions challenging Israel’s right to defend it self from as of this writing nearly 4000 rockets all over Israel in many residential areas targeting civilians indiscriminately, what is a “proportional response” that is acceptable under such circumstance and what would they want if rockets were raining down on them continually for several weeks. What kind of “woke” response do you give to these aggressions. While they are committing double war crimes of both using human shields from their military sites in residential and places like hospitals, office buildings, mosques, churches and schools, they are also firing indiscriminately at civilian areas in Israel and claiming innocent civilian victims who are children and elderly. With their own bombs misfiring and killing their own citizens, they attribute their death toll figures to the Israelis. They place civilians purposefully in harm’s way to inflate the death count and then cry Israel is committing a “war crime” when the Palestinians have ruthlessly arranged for their own collateral damage, when Israel retaliates.

I can understand Jew-hating partisans spewing hate…that’s always been present throughout history as the late Prof. Robert Wistrich reminds us in vivid detail in his book “The Longest Hatred.” What I cannot understand is the increasing level of anti-Israel hatred and support given to the enemies of the Jewish people and of Israel by Jews themselves. It’s one thing to not be a Zionist and want to live in the Diaspora, which is fine, but it is quite another to stand actively obstruct Jewish and Israeli attempts at self defense from attack, engage in the hateful “Jewish White Supremacy” discussion sympathetically confabulating the incredibly awful racism in America with the situation with the Israelis and Palestinians. Black Americans never declared war on White Americans and launched rockets from their neighborhoods into White Neighborhoods. Since 1948, the Palestinians have been in a neverending declared state of war against Israelis and Jews which has evolved into a world wide movement as evidenced by excerpt from just one of their many charters.

Radical Islamist Palestinians are claiming to be the victim David to the Israeli Goliath and the world has bought this narrative. Palestinian misery is not caused by Jews and Israelis, but by their own corrupt and war criminal leaders who have politicized Islam into radical genocidal hegemony.

At this stage of my life, having been born before the creation of the state of Israel, but having blood relatives and family friends who have fought in all of the conflicts, no one wants peace more than I do. Nevertheless it is incredulous to me that there are increasing numbers of Jews, Jewish leaders, Jewish educators and others, usually out of harm’s way in the Diaspora who are so self-righteous and blind that they literally cannot read the handwriting on the wall and the gun pointed at their heads as well as ours. Loving your enemy when you are in their cross-hairs is not the answer. I can pray for your soul, but I cannot condone your willfully blind ignorance.