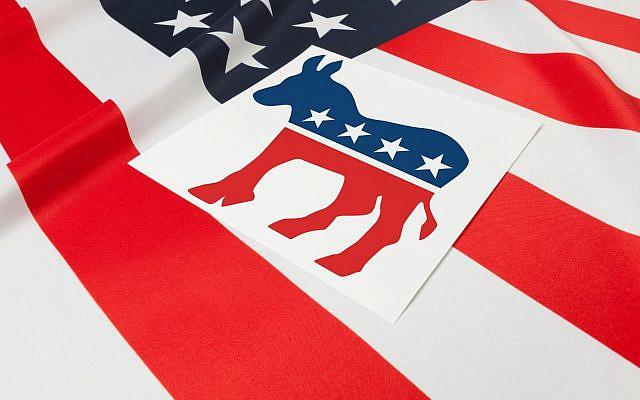 Puzzled by the Democratic nomination of Joe Biden, a candidate who appears to be somewhere on the continuum of cognitive decline? If Jordan Peterson was on the scene right now, he might see Biden’s nomination as the latest in a series of ongoing efforts to take down ‘the patriarchy’.

After all, the presidency of the most powerful country in the world would seem to be an unlikely position for a dementia patient. Viewed in the broader context – contempt for masculinity and skepticism about the competence hierarchy it animates – brings a new light to this candidacy. Having a submissive, compromised, elderly statesman, one devoid of accomplishments, at that, is a set up. A figurehead who passively submits to his female Vice President and the Democratic cabal that panders to the radical left, becomes a type of virtue signaling, a tip of the hat to those who decry the privilege of the white male.

This president will be the last to abuse power. He won’t have any.

I’m channeling Peterson, I suggest, when I say that they who pathologize the masculine way – eliminating healthy competition from schools, diagnosing raucous boys with ADHD and otherwise de-emphasizing masculine forms of expression – out do themselves when they erode the concept of leadership, toppling the figurehead of President, itself.

Having said that, they have already toppled the God ideal, replacing religiosity with secularism. They have similarly leveled the father archetype, more generally. On TV, the noble depictions of father are gone. Remember Father Knows Best, My Three Sons, Nanny and the Professor? Now, show after show represents men as buffoons and fathers as nincompoops, just so many permutations of Homer Simpson. We don’t venerate the masculine. We have minted a new breed of guy. He plays videos all day, watches pornography, can’t seem to make a living. Now we have the perfect president for him!

In this environment, we have metrosexuals, sensitive men, the Justin Trudeau’s and the Barack Obama’s, pretty fellows who beat the drum of environmentalism and earnest compassion. They galvanize voters, animating a new feminine version of masculinity.

Peterson warns that nothing good comes when we fail to wrestle and tame the masculine while also allowing it to become what it rightly needs to be when it grows up.

The more we neutralize it, deny it, feminize it, the more we seem to trigger a tidal wave of gender dysphoric teenage girls who yearn to transition into this feminized masculine ideal. Journalist Abigail Shrier who wrote, Irreversible Damage: The Transgender Craze Seducing Our Daughters, reports that the number of teen girls who complain of gender dysphoria has surged. The growth rate: sixty-fold!

With all this as a backdrop, Jordan Peterson has been trying to reorient us to classic ideas about masculine and feminine. It’s an important conversation and he’s getting skewered for bringing up the topic.

That’s why I sat down to write Beyond Chaos: Wrestling with Jordan Peterson’s Notion of the Feminine. Peterson’s lectures are available online, free for the taking, but many women are averse to engage with Peterson’s opus. His politics, his notion of chaos as feminine, many of his complex insights, all are rife with the potential to be misinterpreted or misunderstood. There are too many trigger points, particularly those relating to gender. The time is now to patiently deconstruct the matters at hand.

Can we reengage cosmic archetypes, masculine and feminine, which have historically been markers that helped us, men and women, both, find ourselves and access our Divinity? Remember Genesis? “Masculine and Feminine, He created them.”

Ancient wisdom for modern minds. This is a conversation we need to have.

I am a participant in the Amazon Services LLC Associates Program, an affiliate advertising program wherein associates earn a small fee by linking to Amazon.com.