The Blogs
Michael Harvey
Apply for a Blog
Please note that the posts on The Blogs are contributed by third parties. The opinions, facts and any media content in them are presented solely by the authors, and neither The Times of Israel nor its partners assume any responsibility for them. Please contact us in case of abuse. In case of abuse,
Report this post. 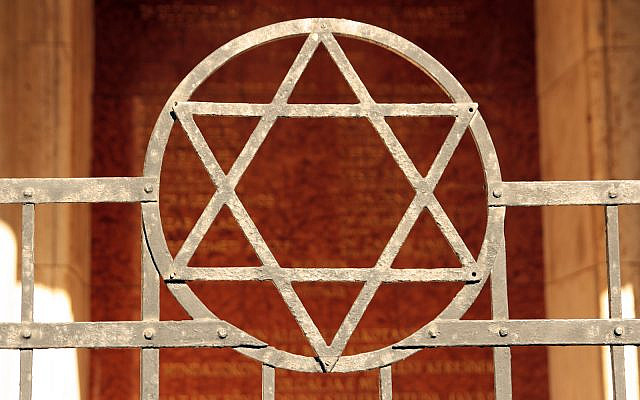 This week, news outlets around the world reported that President Donald Trump will be signing an executive order that would interpret Judaism as a nationality. This order, pushed by Trump’s son-in-law Jared Kushner, is meant to curb anti-Israel sentiment at U.S. college campuses. As CNN reports:

The move would trigger a portion of the federal Civil Rights Act of 1964 that requires educational institutions receiving federal funding to not discriminate based on national origin, according to senior administration officials. The Department of Education can withhold federal funding from any college or educational program that discriminates based on race, color or national origin, according to the Civil Rights Act. Religion is not covered in that portion of the law so the administration would have to interpret Judaism as a nationality in order to potentially punish universities for violations.

While there are many conversations to be had about anti-Semitism on college campuses, the criticism of Israel, and free speech, what most Jews should be concerned about is the move by a governmental body defining Judaism. It is certainly possible that the move to define Judaism as a nationality was made in good faith, the repercussions are complicated and dire.

For one, it is not the role of any country or government to define Judaism. In Jewish history, when Jews have been defined as a race, a religion, or a nationality, it has not been for positive reasons. Jews have been “classified” as certain types throughout the centuries in order to marginalize and remove citizenship. Additionally, Jews do, and should, feel uneasy when a government makes laws about them . From the Laws of Constantine (337-361) to the Nuremberg Laws (1935), governments have targeted Jews with laws and definitions for unsightly purposes. Even if President Trump’s order was meant with good intentions to curb anti-Semitism, it very well may lead to a misunderstanding of what Jews in America are, and create more problems than solutions.

Second, the definition of Judaism is one not easily found, nor is it solidified simply by a Christian President’s executive order. There are entire classes at the highest education levels entitled “What is Judaism?” It is a question we, as Jews, have attempted to answer throughout the millennia. It would have been prudent for Kushner, and Trump, to discuss the trichotomy of Israel, namely: Am Yisrael (the people of Israel), Eretz Yisrael (the land of Israel) and Medinat Yisrael (the State of Israel) before creating such a problematic order, again with arguably good intentions.

Israelites began as a tribe, a patriarchal familial group defined by bloodlines and Near Eastern traditions. Israelites were semi-nomadic, and related to the Canaanites, who created their own history, language, and culture. From there, Israelites emerged as a kingdom, with citizens and subjects, all who (in theory) worshipped the same God. With the destruction of the Temple in 587 BCE, Jews lost their central homeland and were scattered throughout the world, forming communities in multiple countries and inheriting their cultures and customs. Even when the Second Temple was built, not all Jews returned, as they had found a life elsewhere.

After the destruction of the Second Temple, Judaism’s cultic personification came to an end, and synagogues and temples were created around the globe, each with their own ways. From the Middle Ages to Modern Times, Jews lived and worked under the reign of non-Jewish governments and countries, building their own families, cultures, and traditions.

Today, Judaism cannot be easily defined. It is not a race, despite what many who wish to destroy us would say, as there are Caucasian Jews, African Jews, Asian Jews, Latino Jews, Indian Jews, etc. It is not a religion, as there exists an undeniable spectrum of observance of Judaism, including secular and cultural Judaism. It is not a culture, as I have stated, as each Jewish diasporic community built its own culture, whether it be Ashkenazi, Sephardic, or others. And finally, Judaism, most certainly, is not a nationality.  The best definition I have heard of Judaism, in all my studies, is a “peoplehood” with a “collective memory.”

With the State of Israel’s creation in 1948, Israeli nationality was born (or reborn), but the diasporic community of Jews are not Israeli citizens, or Israeli nationals. Rather, Jews have sought citizenship and nationality in the countries in which they resided and were finally granted such an honor from Napoleon in the early 19th century. Since then, many diaspora Jews have found nationalities in the countries they resided, proclaiming themselves citizens of the country first, and Jews second, starting in Germany and then in America.

This leads me to my third and most important point. American Jews see themselves as Americans. We have refused to be considered “a nation within the nation,” and strongly reject the anti-Semitic trope of “dual-loyalty.” Again, I wish that Kushner and Trump had read the history of Jews, especially in the United States, most notably the words of the American Jewish Committee in 1950 who stated that the “…Jews of the United States, as a community and as individuals, have only one political attachment, namely the United States of America.” While support for Israel was profound and clear, America was called “the New Zion,” a place where Jews could live and practice safely and securely in a country that, as George Washington stated in his letter to the Touro Synagogue in 1790, “requires only that they who live under its protection should demean themselves as good citizens, in giving it on all occasions their effectual support.”

Defining Judaism as a nationality in America, separate from American nationality, is not the proper route to curb anti-Semitism on college campuses. It is a misguided approach attempting to strengthen the relationship between the United States and Israel. Again, there is much to be discussed regarding free speech, Palestinian human rights, and criticism of Israel; however, we must express to our leadership in America that defining Judaism as a nationality comes with terrible baggage, and will lead only to American Jews feeling unsafe, and strangers in this land which we have called home since we landed on its shores in 1654.

Judaism is not a nationality, and American Jews are Americans.

About the Author
Rabbi Michael Harvey is the spiritual leader of Temple Israel, in West Lafayette, Indiana. He joined the community from his previous position as rabbi of The Hebrew Congregation of St. Thomas, in the U.S. Virgin Islands. Ordained by the Hebrew Union College – Jewish Institute of Religion (HUC-JIR) in 2015, Rabbi Harvey earned a Master’s degree in Hebrew Letters from Hebrew Union College – Jewish Institute of Religion and a Bachelor’s degree in psychology from Boston University. Throughout his tenure at HUC-JIR, Rabbi Harvey served congregations, small and large, in Arkansas, Missouri, Ohio, Alabama, Mississippi, and Texas. Rabbi Harvey was recently admitted to the Spertus Institute for Jewish Learning and Leadership, within the Doctor of Science in Jewish Studies program.
Related Topics
Related Posts
Comments