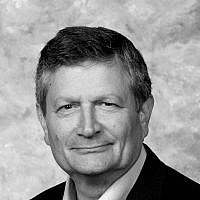 The first sentence is scary enough, but keep reading (it’s the follow-up from Dr. Edna Friedberg, an historian in the U.S. Holocaust Memorial Museum, that’s just as worrisome):

“Nazis seem to be everywhere these days. I don’t mean self-proclaimed neo-Nazis. I’m talking about folks being labeled as Nazis, Hitler, Gestapo, Goering… American politicians from across the ideological spectrum, influential media figures… casually use Holocaust terminology to bash anyone or any policy with which they disagree. The takedown is so common that it’s even earned its own term, reductio ad Hitlerum.”

A reduction to Hitlerism – not one of the phrases I learned in Logic 101. But Dr. Friedberg’s essay isn’t just brilliant, it’s chilling. Resorting to “grossly simplified Holocaust analogies” demeans the memory of the dead. It also allows for a continued diminution of the uniqueness of the shoah itself, universalizing Jewish pain and suffering beyond recognition.

Last Monday, Georgia Republican Marjorie Taylor Greene toured the institution that employs Dr. Friedberg, and apologized for comparing coronavirus health measures to the shoah. “I have made a mistake and it’s really bothered me for a couple of weeks now… there is no comparison to the Holocaust.”

I usually hold out hope – often against seemingly insurmountable odds – that people can learn, but this is one of those times when the sincerity of someone’s tshuva is, let’s just say, questionable. After comparing a supermarket’s decision to add a logo to the badges of vaccinated workers to the yellow stars that Jews were forced to wear in Nazi-occupied Europe, Representative Taylor Greene stood her ground – and then some. After she was blasted by public officials (from both sides of the aisle) and from pretty much every Jewish communal organization, she was asked to comment on the criticism in an interview with the NBC affiliate in Phoenix: “Any rational Jewish person didn’t like what happened in Nazi Germany, and any rational Jewish person doesn’t like what’s happening with overbearing mask mandates and overbearing vaccine policies.”

Amid all this “evil lunacy” (Liz Cheney’s phrase), I have to admit that I was momentarily transfixed by Taylor Greene’s insistence on calling their Nazi-era badges as “gold” stars. I read a transcript and genuinely thought the editor screwed up; I then heard the words out of her own mouth – twice (I had to search for the clip after the first airing, just to make sure I heard right). The Gestapo passed out little gold stars, to be sewed on to the Jews’ clothes? I know it’s a relatively small item, given the seriousness of the larger issue, but over a lifetime of learning about and teaching and thinking and struggling with the shoah, I have never heard those despicable badges referred to as “gold stars.”

Not to be overshadowed by right-wing antisemitism, the purported left invokes the same imagery. Take a screen shot of almost any “anti-Israel” rally and you’ll see a swastika, usually dripping blood, in place of the (blue, not yellow – and definitely not gold) star on the flag of Israel. Hitler mustaches drawn on former President Obama, the words “Nazi” and “Auschwitz” used to describe Israel and Israelis – and the Jews who support them.

While consciously employing shoah-related words and images against Jews and Israel is its own evil – and there’s nothing innocent about it (I didn’t know that it was offensive… I’m sorry if the thing I said/did was offensive…) – there are plenty of references to the shoah thrown about cavalierly by people who simply know better.

“Pro-life” advocates speak about the Nazi-like behavior of physicians who provide abortions. A Kansas state senator, after he discovered that a $25 donation was made in his name to a Planned Parenthood chapter, said that, “This is as bad, or worse, as having one’s name associated with Dachau.” In a paroxysm of doubling downism, Senator Steve Fitzgerald said that, “I think the Nazis ought to be incensed by the comparison. They’re both exterminating innocent human life.”

Immigration advocates will sometimes speak about concentration camps, anti-vaxxers will not hesitate to contort their rhetoric into anything that connects to the shoah (showing up to demonstrations with yellow stars pinned to their outer clothing, with a “No Vax” written in pseudo-European script in the center).

Even invoking the shoah when speaking about other genocides is wrong and ultimately dangerous. The Armenians and Cambodians, the Yazidis and the Rohingya; the world has no shortage of mass murders and “cleansings” – and genocides. There may even be theoretical motivational value in the amalgamating of the victims; perhaps the shock of an even larger number of casualties might somehow move individuals and nations to act differently – though if hundreds of thousands killed don’t motivate, it’s hard to imagine that a million or three or six will change humanity’s inhumanity.

Even putting aside the comparison of bona fide genocides, the misuse and abuse of the concept of the shoah – its imagery, its savagery and its distinctly and explicitly antisemitic core – is abhorrent. Every time a demonstrator (naïve, deluded or conscious of her/his actions) carries a poster with a swastika imposed on an Israeli flag; every time public officials compare each cause with which they don’t agree with the systematic destruction of a third of world Jewry; and every time Auschwitz and Hitler and Nazis are invoked stupidly or with a knowing wink and a nod – the evil of the shoah is insidiously multiplied.

Senator Ted Cruz and Representative Alexandria Ocasio-Cortez recently went toe to toe on Twitter about January 6, and each invoked shoah analogies. Stop it – each of you – both of you. While she apologized, Rep. Taylor Greene (and others) stooped to Nazi references to describe her antipathy about masks and government policies. Don’t go there – ever again. When the School Board member and the State Senator and the commentator on cable want to reach for a stand-in for something they don’t like – keep your rhetorical hands off the shoah. The death and brutalization of our people is not up for grabs, not there for you to score points, not for you to out-shock your opponent. Can’t find an appropriate means by which you can make your point? Then shut up until you can. 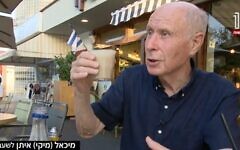