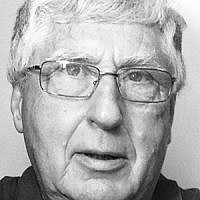 Maimonides, the great Jewish codifier of law, summarized the Talmud law on sieges as follows. ‘When a siege is laid to a city for the purpose of capture,  it may not be surrounded on all four sides, but only on three, in order to give an opportunity for escape to those who would flee to save their lives…’

This quote is from Michael Walzer’s  ‘Just and Unjust Wars’, and what is argued in his book is very relevant to the current Gaza war. Now, it may come as a shock to many (and be an affront to some) to be told that some wars can be considered just. The conventional wisdom of the Western world now seems to be that innocents are killed in war. Ergo: all wars are unjust, and those that participate in them are evil.

The counter argument is that there can be ‘Just Wars’. Put simply, there are two tests. The first test is that they are entered into for just reasons. The second test is that are conducted in a just way. Put another way, a ‘just’ war is the least bad option. It is an alternative to a war without rules, where evil will probably prevail. And an alternative also to passivity, which hands victory automatically to the aggressor.

Hamas believes in the ‘war without rules’ paradigm. First, Hamas has no just reason to enter into this war: Gaza is not threatened by Israel. Its claim that all Israel is occupied Islamic land is monstrous. Second, If Hamas were able to conduct the war with military power equivalent to Israel’s, no Jews (and perhaps no Israeli) would remain ‘between the river and the sea’.

Israel is trying to fight by the rules of a ‘Just War’.  Test 1: Entry.  It entered the war to defend its citizens: it has no claims on Gaza, only on the behavior of Hamas.  Test 2: Conduct. It is even trying new ways (not always successfully) of conducting the war justly.

Much of the Western world, it appears, is advocating the ‘passivity’ paradigm for Israel: to not shoot back and accept what happens.

Hamas does not have to worry about just war conduct. It only wants to kill Jews at any cost, even to sacrifice the present and the future of the Gazan people. Nor (fortunately) is it a practical concern for the West to deal with the inconvenient consequences of Israeli passivity. But Israel has problems: the details and practicalities of how to conduct a ‘just war’. And this brings us back to the quote from Maimonides, which concerns one of the’ just war’ issues faced by the IDF.

The Maimonidean principle of allowing exit from besieged areas is of course to protect non-combatants. Why should Gazans be forced to stay in a dangerous war zone?

Actually, there is an argument (which I think is morally wrong!) that they should be forced to stay. Walzer explains that von Leeb, the German commander at the siege of Leningrad where perhaps a million civilians died, was acquitted of a war crime at Nuremberg. He argued successfully that burdening defending forces with civilians was legal under the laws of war.

So I would argue that the world should look more carefully at this Talmudic wisdom. I agree that the IDF has tried this idea. For example, foreign nationals have been allowed to leave. And the IDF has urged people to leave Beit Lahiya. And some did leave to UNWRA facilities. Maybe this was more to create a ‘free fire zone’, which is of course why Hamas tells Gazans to ignore this advice. Actually, even without Hamas’ urging, I can understand that people would be reluctant to leave when everywhere seems to be under attack from the air.

The world wants to help.  Why not create a safe area in Gaza? Probably along the Egyptian border, where neutral peacekeeping forces could be easily introduced to enforce the integrity of the area.  (And perhaps it is a less militarized zone than the North and East of the strip.) As soon as peace breaks out in Gaza, all can return home unhindered.

What is there to not like by applying this idea from Maimonides? The world does something positive. It is easier for the IDF to conduct a just war. Since financial support for Palestinians seems to be unlimited and comes from a separate UN budget, the millions of refugees from Syria would not be affected.  And Israel is not involved in the relocation, so there would be no concern that the Gazans would become permanent internal refugees.

There is only one problem of course. Hamas would not allow it. Unlike in Leningrad, Hamas sees its civilians as a strategic asset to be placed between the IDF and the Hamas fighters.

If you could help solve this last piece of the puzzle, please tell me.