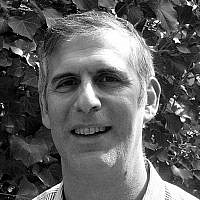 On the evening of January 12, Facebook delivered the bad news. These days, we can see virtually anything on Facebook – from a friend’s photo of his breakfast to a clever political cartoon to some of life’s most poignant moments. On January 12, it was the latter that caught my eye.

On Saturday nights, it’s become an after-Shabbat ritual of sorts to sift through whatever people have posted during my previous 25 hours of liberation from the computer. That night, one message stood out. From Bruce Kaplan, my old high school band director. Mr. Kaplan, as I knew him then, the person most responsible for my becoming a musician. Only the message wasn’t from him, but from his wife, telling us that he had died two days earlier.

I just sat staring at the screen, the message about Bruce staring back at me. It couldn’t be. He was too young. What happened? I shifted gears to that other all-knowing source of information, searching for his obituary on Google. It was there all right. He was 70. Definitely too young. And he died of heart failure. I wanted to read on, but I couldn’t. Because that’s all it said.

This is not an obituary, I thought. How many times had I relied on things he taught me, not only to navigate the world of music, but the game of life? What about the untold number of students he had impacted across the decades? 70 and heart failure – there was so much more to this man. Where was the Bruce Kaplan I knew?

Meanwhile, back on Facebook, his real obituary was being written. Scores of his former students had joined the conversation. The fond memories of playing in Wind Ensemble at Monroe-Woodbury High School. The former student who became a music teacher because of him. The brilliant doctor who fills his spare moments playing in a jazz band, thanks to inspiration Bruce gave him years earlier. So many lives changed by one man.

A couple of days later, thoughts of him surfaced during my morning prayers. It’s not every high school band director who happens to be a Julliard graduate. Who has the versatility to play classical music with some prominent regional orchestras while at the same time playing for a recording that wins the Grammy Award in – of all categories – Best Polka Album.

By this time, we had come to the Mourner’s Kaddish, the prayer said, usually by a close relative, for those who have departed this earth. And at that moment, it hit me –there’s no one who will be saying Kaddish for him. Or, at least I’m pretty sure not.

Bruce Kaplan was Jewish. Not affiliated with the Jewish community and skeptical of all organized religion, to be sure. But Jewish nonetheless.

Traditionally, Kaddish is said for eleven months from the day of death. If there is no close relative who can say Kaddish, often someone else in the community says it. I’ve done this twice now, both times for relatives. It’s not so exceptional, as a few have implied to me – it’s just what needs to be done.

This 2,000 year old prayer for the dead has nothing to do with death. Rather, its purpose is to sanctify God’s name. The words help the departed’s soul take flight, offering wings, as it were, that accompany it ever-heavenward.

So for the past week, I’ve been saying Kaddish. For Bruce. And as the words rise from my throat, long-dormant memories of him come flooding back.

Yit’gadal v’yit’kadash sh’may rabah . . . Glorified and sanctified may God’s great name be through the world which He has created according to His will.

The end of seventh grade. I took up clarinet just nine months before. I’m taking it seriously enough that the middle school music teacher tells me “it’s time to play for Mr. Kaplan.” I nervously begin in the presence of the man from Julliard, who has descended from the high school to the middle school band room to listen to me. He devotes 90 minutes of his own time, opening for me a new level of music-making I had no idea existed.

My senior year in high school. I am about to audition for some of the nation’s top music conservatories, and my knees are getting shaky. I’m ready to back out from the whole thing. “Do you really think I have any chance of getting in?” I ask him. “I know of only one way,” he replies, “that you will definitely not get in. And that’s if you don’t show up. Just relax. Do your best and don’t worry about it.” He set me at ease just enough that I managed to get in.

Yit’barach v’yish’tabach v’yit’pa’ar v’yit’romam v’yit’nasay . . . Blessed and praised, glorified and exalted, extolled and honored, adored and lauded be the Name of the Holy One, blessed is He, beyond all blessings, songs, praises and consolations that are ever spoken in the world.

My year after graduating from the New England Conservatory. I am now in the Air Force Band in San Antonio, Texas. And I finally absorb one of the lessons he had tried to teach me, one I failed to heed until these several years later – strive for excellence, take it seriously. But whatever you do, don’t take yourself too seriously. I begin to relax, to open up, to focus beyond myself, and I soon find myself in the Principal Clarinet position. I learned much from other teachers too, but in so many ways, this was thanks to him.

I don’t know how Bruce would feel about me saying Kaddish for him. But I’m pretty sure he would like the idea of a prayer for the dead that doesn’t wallow in death, but instead affirms life. May his memory be for a blessing.

About the Author
Harold Berman is the co-author of "Doublelife: One Family, Two Faiths and a Journey of Hope," the first true life account of "an intermarriage gone Jewish." Harold was the Executive Director of the Jewish Federation of Western Massachusetts and has held senior positions throughout the Jewish communal world. His musings on Jewish life and spirituality have appeared in numerous print and online publications.
Related Topics
Related Posts
Harold Berman
Comments