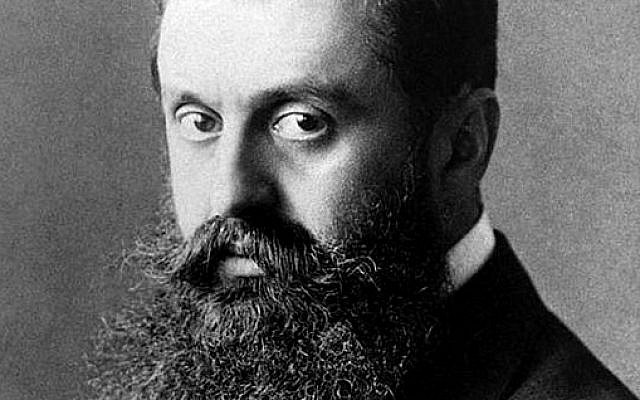 It went like this. I tried the pseudointellectual approach to Zionism. I was exploring. Ultimately, I was none the happier. Both institutions, I found, are not built on the witty ponderings of the outsider or individualist, but upon the reckonings and sociological movement of the family. The Israel of today is not a Socialist Utopia like the visions of Labor Zionism in the works of Theodor (Binyamin Ze’ev) Herzl (1860-1904) and before him, Moses (Moshe) Hess (1812-1875). That is to say, the Herzlian ideals promised to the Jewish immigrant to Palestine, roughly a century and a half ago, seem to have gotten lost amidst years of inevitable changes, all of which, alas, futile.

The kibbutz doors were shut years ago by the modern reality of big business and moshavniks have become something of an untouchable class with regards to their quality of life. In a stroll through the many factories in the labor districts of Petach Tikva or Ashdod you will find mostly loveable Arabs and immigrant workers from Russia, Ethiopia, Sudan and the Philippines. You may even find standing in between the ethnic collage of immigrants and  metal machines, a Jewish-Israeli worker, whom, if they’re generous enough to break their concentration, may humbly shed to you some of their professional wisdom. Let’s face it, when you’re on an assembly line, it doesn’t matter what religion you are. Factory machines worship a non-denominational god. We’ve known this since the Industrial Revolution.

I wanted to believe that as a semi-Hebrew speaking Jewish immigrant, fresh from a kibbutz ulpan, that I could safely settle for an unskilled minimum wage job, basking in the Zionist dream, and maybe even get some kudos from my comrades on account of my romanticism.

I was let go of my factory gig in just under a month; paid-off with a well-earned stack of Israeli currency. The job consisted of manually folding papers that bore the emblem of one of the domestic medical companies, loading and unloading the stacks onto a truck. I had no idea why I had been fired and I was hurt. Was it that my Hebrew was not on par? Was I too young; too religious? Too educated? Was I too American? To this day it remains a mystery.

The next job was a night-hours situation in an office in Tel Aviv. It was a sales gig, booking domestic jobs for an American moving-truck company. I quit within a month after finding out that the hourly wage in this comfortable office environment was well below the minimum, and any income I’d be able to make at all would be driven from impossible-to-attain commissions. I stayed miserably unemployed for a couple of months, living off of what came to my bank account every month from the Jewish Agency via new immigrant entitlement and what my father had given me as a teenager to start off on, once I’m out of the house and on my own.

Then I received a job in a nice kosher restaurant, washing dishes in the kitchen by hand. The restaurant was owned by three partners, two religious men from Sephardic stock and the youngest of the three, Shlomi. Shlomi was not a religious man, unlike his partners and the majority of his customers, but he seemed at first like a decent guy. He was built like an NBA player and had long black hair, pulled into a pony-tail. He spoke passable English and refused to converse with me in Hebrew. After a month of hard work, Shlomi’s personable management façade gave way to a daily display of moodiness and intimidation. Without any just provocation, he would scream in my ears, “LECH L’AVOD!” or “Get to Work!” And he had ceased to feed the young American immigrant during the long shifts. No doubt, his abuse took its toll on my eardrums and psyche, but it did sickly satisfy the guilt which I bore for not having had to serve within the Israeli Defense Forces. So, despite the psychological abuse, I stuck with the grueling job. Until, when I got the third pay check, it seemed short. 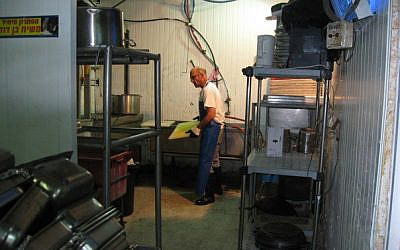 I added up the crumpled stubs from the clock, and sure enough it was missing a lot of money. I got Shlomi, my own personal pharaoh, on the telephone who willingly explained to me, “I had you pay for the dishes that you broke.”

“Me pay for YOUR dishes? That’s ridiculous, how much does each dish cost and how many do you suppose that I broke?”

“Then how the hell did you deduct money from my paycheck?!”

So I took my broken spirit and sore body down to the Tel Aviv labor court, (actually it was the top floor of the shopping mall where there are also courtrooms), where I was happy to find Tel Aviv University law students helping to file small-claims lawsuits pro-bono. Now that’s just the spirit I was looking for! Sure enough, “Law #90 in Defense of Salary,” says it is unlawful to deduct from a worker’s pay check for damages. It sounded right to me, even if the guy was a thief and a liar to begin with.

(Leviticus 19:13) (Deuteronomy 24:14) The Torah says that a guilty thief should pay two times, once to the court and once to the victim. I did not see any Sanhedrin around, let alone the prescribed three judges. How could I sue him for more than he had actually stolen? (Sanhedrin 2a)

My first time in court came about three months later and the defendant was nowhere to be found. (I remember the courthouse was located only spitting distance from the Ha’aretz building). Sitting in front of the judge, it was brought to my attention that it was up to me to serve Shlomi with the necessary paperwork. No one had told me this. I was not a lawyer, but a layman; and a victim! So I embarked on the mission of serving Shlomi with the package and then waited for a new date for the hearing and judgment. But Shlomi refused, he signed nothing, and eventually the restaurant closed down. I sent a letter to the court explaining that Shlomi refused to sign the summons and that he had become elusive. I received a new notice from the Beit Din in Tel Aviv, that on account of his failure to follow through, the case was going to be closed. “No! It’s a mistake,” I screamed on the telephone to the clerk in my best Hebrew, “Someone in the post office or the courthouse lost the letter!” So, I sent the letter again, stating once again, Shlomi’s refusal to cooperate; and 15 months after the original incident, I was back in court.

I told everyone in my inner-circle about the story. Speaking about it helped to calm the nerves invested therein. When I told Izzy, it was early one Saturday morning before most had arrived at the synagogue – we sat on a bench and waited for the arrival of the first person who had a key. He did not give advice on the matter; he just sat there and listened. I told Uzi the story later that week, on Thursday night when he picked me up to go to a farbrengen.

“I suggest—” began Uzi, his eyes focused on the road, as he cut through some streets in the town only to reach the highway, “What I suggest that you do—“ again he paused, this time looking through the rearview mirror as he tapped the break to make a turn and cross onto the highway. Now we are on the highway, rolling—

“Is that you do not do anything at all.”

My lips tightened. I tensed up. I looked out the window, gazing backward upon the road already, quickly trod.

“Why press it? You should just count your losses and move on.” He gave his wisdom and did not use the word “Hashem” once. While I appreciated it, this was still but a pedantic stance to take; surely he was used to sharing his wisdom with his three young boys, not me.

“I worked well for him,” I said. “Why should I let him get the best of me? It is something that is financial, not mental.”

He began to reply. But I had my mind made-up already.

“If Dr. Fuss was here, he’d agree with me. I cannot change his evil spirit, but I can bring him to justice,” I said.

“Do not forget to choose your battles wisely.”

But I ignored him. I knew that I had made the right decision. Either way, it was beginning to make a good learning experience. After so long waiting, I had lost much faith in the matter; but I showed up for my date, expecting the worst and hoping for the best. Outside of the judge’s office I was greeted by a strange man, about 5 feet tall, whom I had never met. The man asked me in Hebrew, “Are you Krane, Scott?” I told him I was and then the strange little man began a tirade spoken in the vernacular of a slang street blend of Arabic and Hebrew. I didn’t understand a word he said. The man was clearly someone Shlomi had pulled off of the street, a ‘runner’ of sorts. So, we entered the judge’s office, the same judge, a very attractive woman, no older than 45. Trying to keep a straight face, probably due to the smallish amount being asked, she explained to Shlomi’s messenger that the restaurant had to pay me the sum which I had sued for. I made a last attempt to squeeze some more out for damages, “What about all of the work and school I have missed? And the bus fare, getting to Tel Aviv.”

Her Honor shot me down and told me that I must have been an ‘atzlan’, a lazy worker. I laughed and took the crumpled-up, pre-signed check. I said a blessing for my God, Who judges righteously, and went on my way. The justice system apparently worked; I did sort of feel like the King of Tel Aviv for the rest of the day. But my faith that my fellow Jew necessarily adheres to any code of ethics was put in question, where it still remains, and my preconceptions of Israel being a society which values the worker in the spirit of the Zionists of old were destroyed.